One of the most intrinsic parts of the preschool day is snack time.  For the last two years, the kids at Zax’s preschool took turns being “Snack Kid” and bringing a snack to share.  They loved being the “special kid” for the day, telling everybody what they’d brought, and sharing some of their favorite foods with the class.

We were asked to send three items per kid when it was our turn doing snack duty:  a grain, a fruit (or vegetable), and a dairy.  Zax had a special bag of “safe snacks” in the classroom, for the days when one or more of the normal snack components contained his allergens.  The school was supposed to be peanut and tree nut free, but items containing egg still came in.  Zax never seemed to mind when he needed to have something different, because he loved his backup snacks.  Sometimes he even asked for them when the normal snack was safe.

This year, with Zax in kindergarten, Kal finally gets to attend preschool, and he loves it!  He thinks it’s great that the school Zax used to attend is now his special school.

This year, the preschool has changed the way they handle snack.  Instead of the kids taking turns, the parents are supposed to send their kids with their own snack every day.  You might think that, being a food allergy parent, I would be thrilled with the new arrangement.  All of Kal’s food is under my control now.  But I’m actually a little disappointed.  There are a few reasons why:

1.  Zax used to love it when it was his special day.  Yes, kids can take turns with other special duties, like line leader or show-and-tell, but I’ll never forget the enthralled look on his face the first time he showed me that he had the snack basket to bring home.

2.  If I never have snack duty, I can never surprise the class with a fun or special snack.  And I enjoyed providing special snacks.  For example: 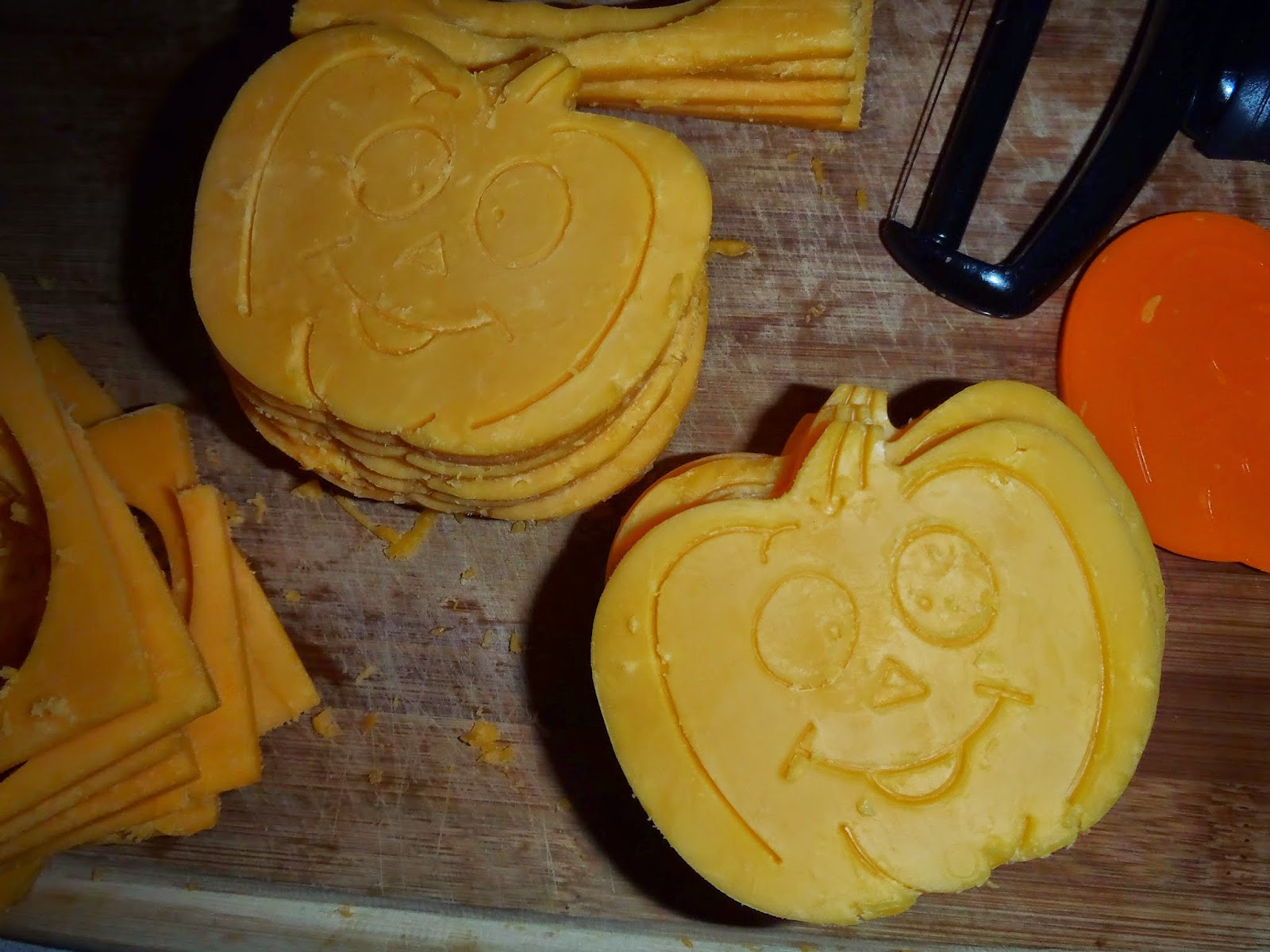 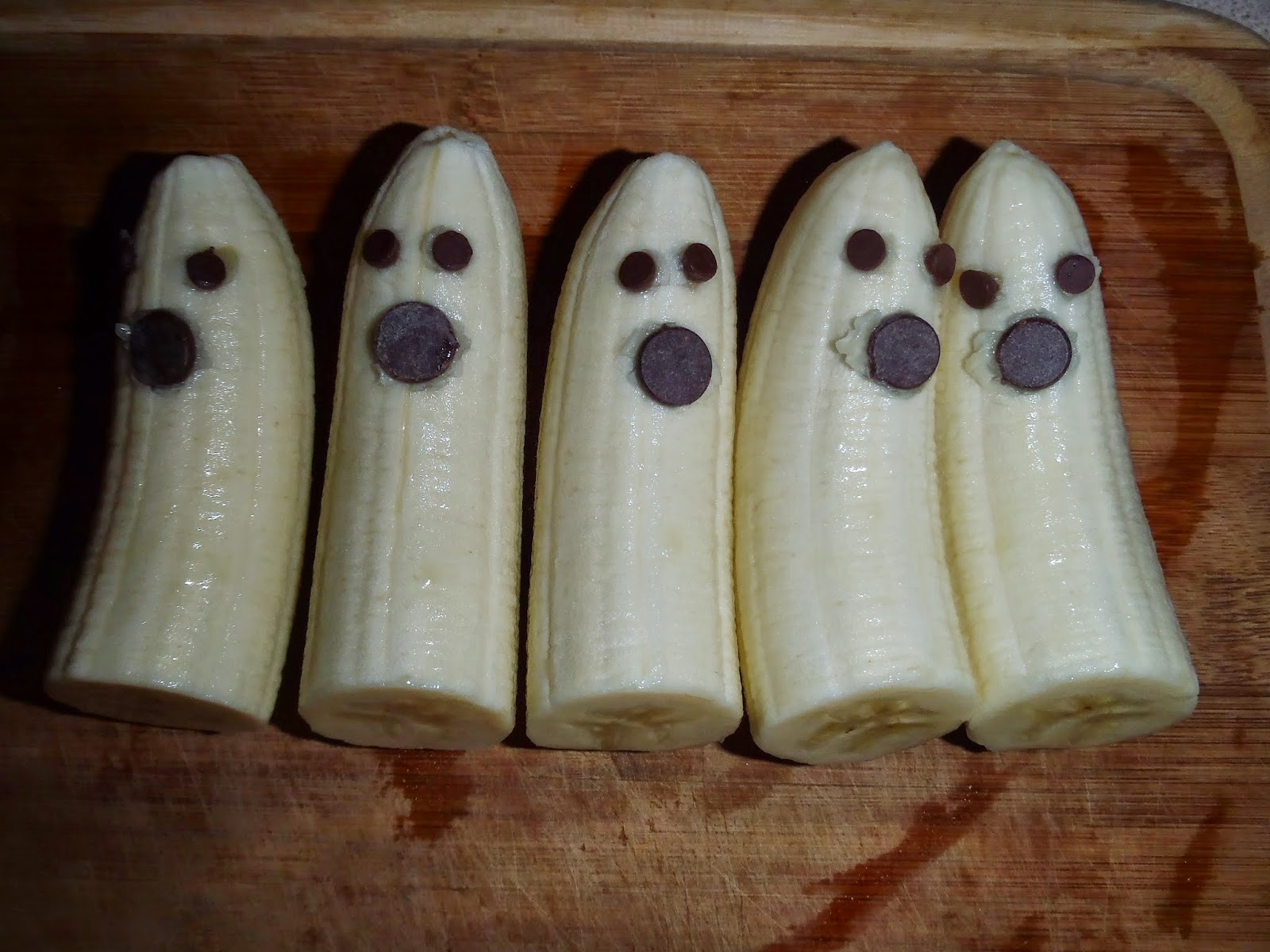 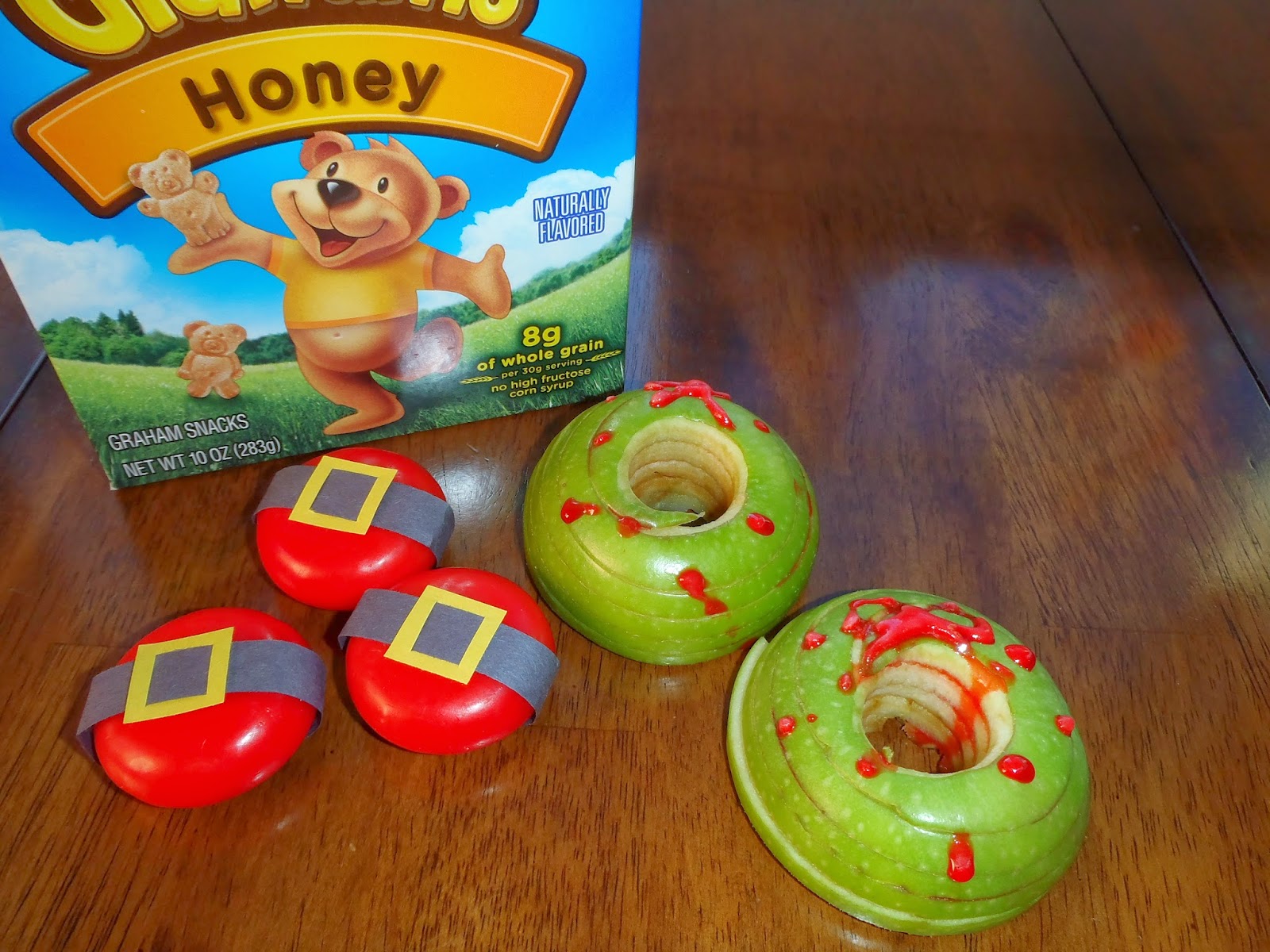 Santa Babybels and apple wreaths for Christmas (along with the teddy bears in Santa’s sack)! 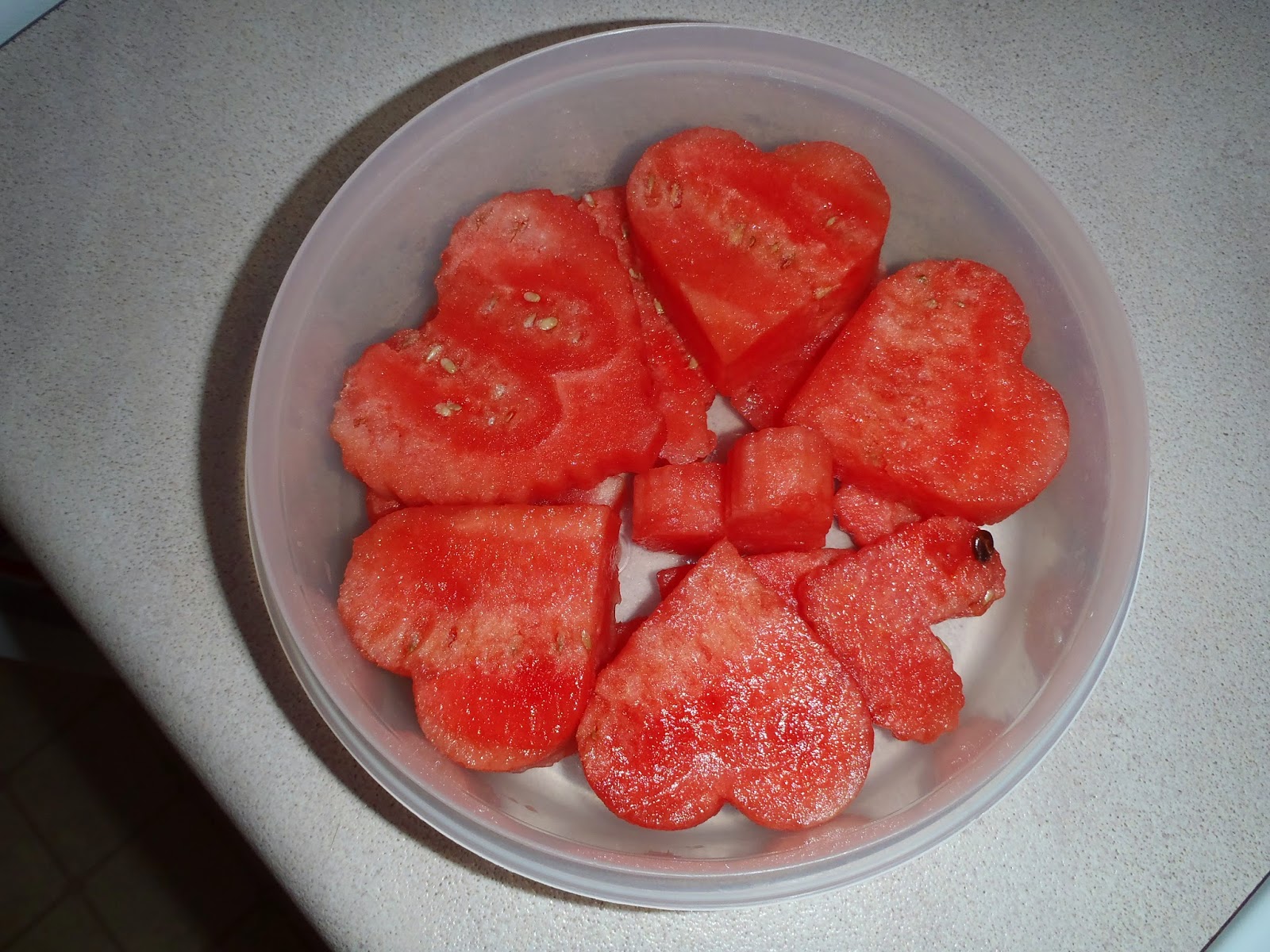 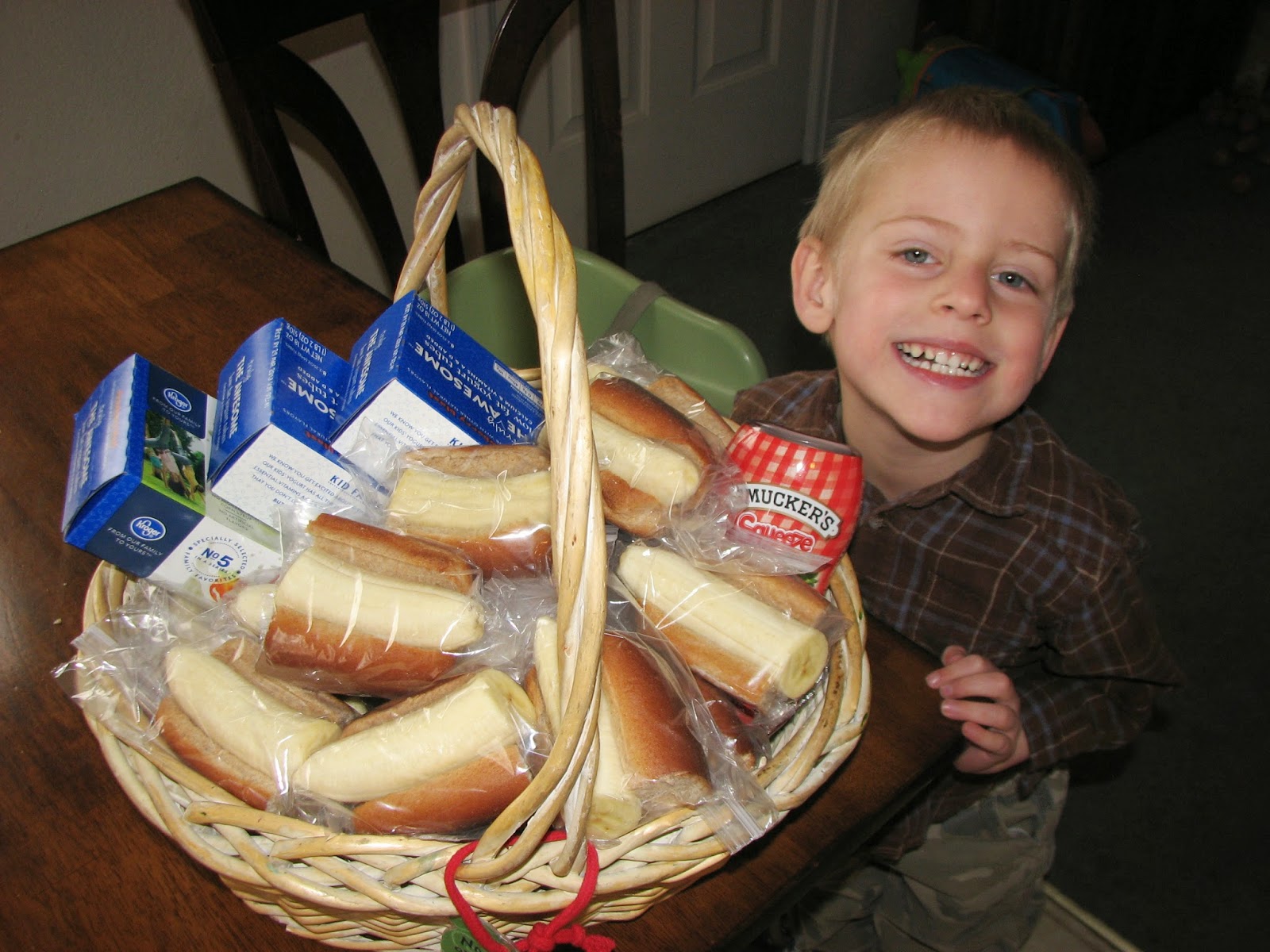 And my favorite, “hot dogs” for snack (bananas in a whole wheat hot dog bun with a squirt of jelly) for April Fool’s Day! 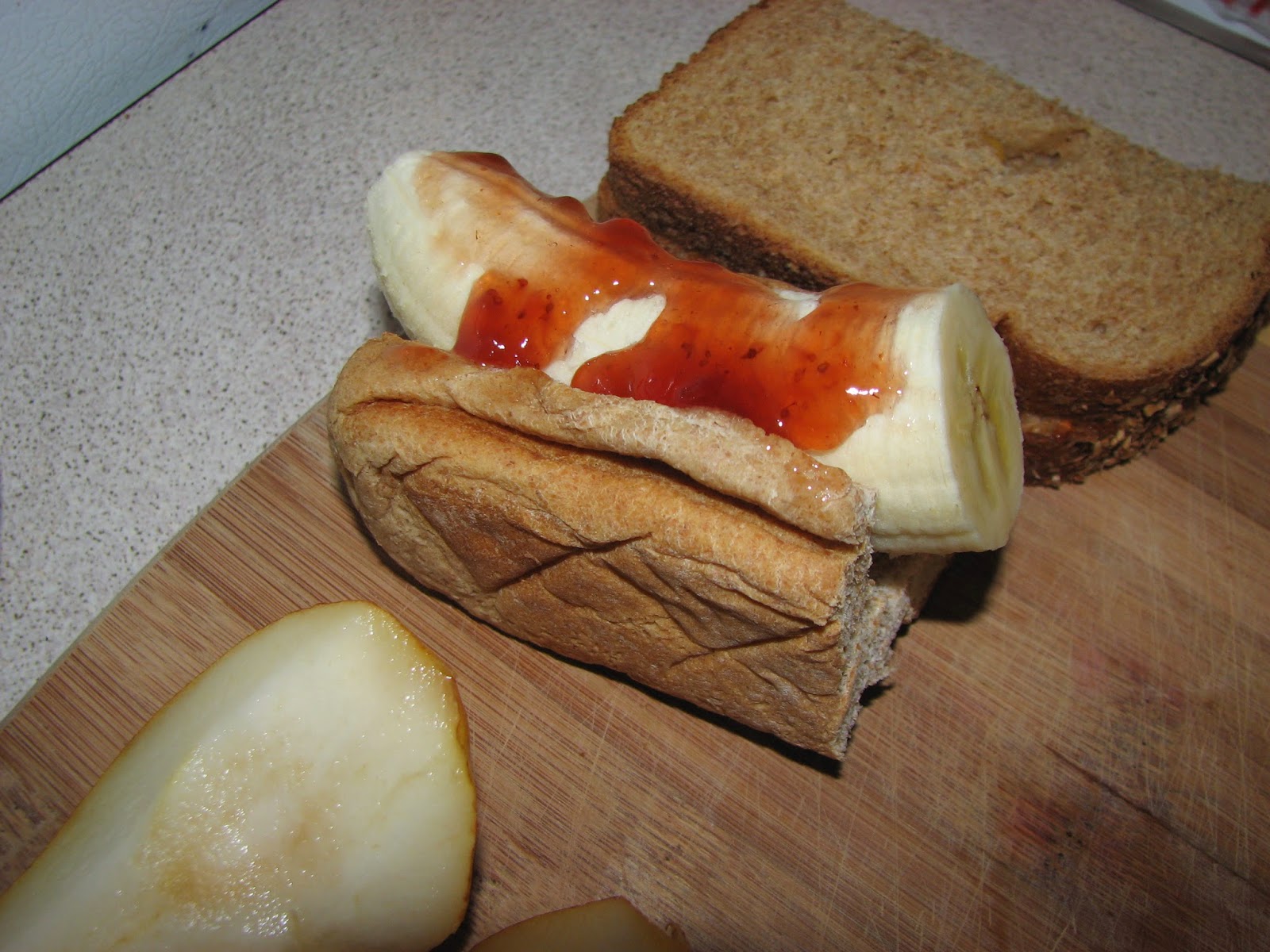 Close up.  The jelly doesn’t look very good in this one, but I got a better squeeze tube for school.

I’ll admit that these reasons could sound selfish.  And yes, I can always surprise Kal with this sort of fun snack on his own.  But stay tuned, I have other reasons for lamenting the loss of the communal snacks:

3.  Exposure to wider flavors.  Because of preschool, Zax decided that he likes bagels.  I have nothing against bagels, but I seldom buy them.  And while I could never convince him to try cream cheese at home, the peer pressure at school got him to try it, and admit that he likes it.  There were even parents who sent in far more exotic things, like seaweed, which I would never in a million years have purchased.  Zax didn’t like it, but a lot of the kids did, and they would never have known without snack time.

And last, but most important:

Partway through Zax’s three-year-old year, I realized that snack time was a perfect opportunity to practice asking about the content of food.  I told him to ask whether the snack had “egg or peanut or nut” each and every day.  And I asked the teachers to please always answer the question.  Never to say “You can trust us to always check” or “Nobody will send peanut, the school is peanut free.”  Because everybody makes mistakes, and while Zax was getting practice asking this critical question, it also didn’t hurt to remind the teachers every day, just in case they forgot to look.

This process was a bit of a wash during Zax’s three-year-old year–most of the time he forgot to ask.  But during his pre-K year, Zax really took this responsibility on himself.  After a while, he told me to stop reminding him in the morning, but he (and his teachers) reported that he still remembered to ask every single day.  Now it’s an ingrained habit, which serves him well when food comes up in unexpected situations. 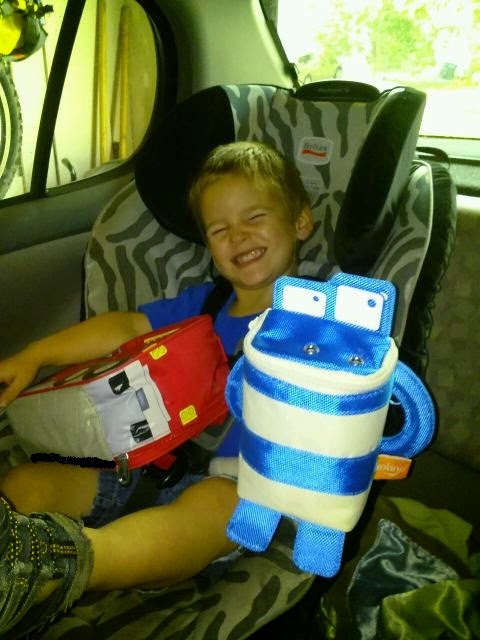 Because of the new preschool snack policy, Kal isn’t going to get this important practice.  I’m going to have to figure out other situations for him to ask his important question.  We adapted, of course.  We got Kal a special monster snack bag to carry his snack in (it isn’t as big as it looks, he’s holding it in the foreground.)  And Kal doesn’t know the difference, so he doesn’t miss being the special “snack kid.”

I know I’ll come up with a way to teach safety to my second-born, but I still lament the loss of the daily reinforcements at preschool.  It was a safe environment, and the perfect place to practice.

It Matters Who You Ask

Have a #HeartTealHeart Talk about Food Allergies at School

Sending your Allergic Child to Preschool