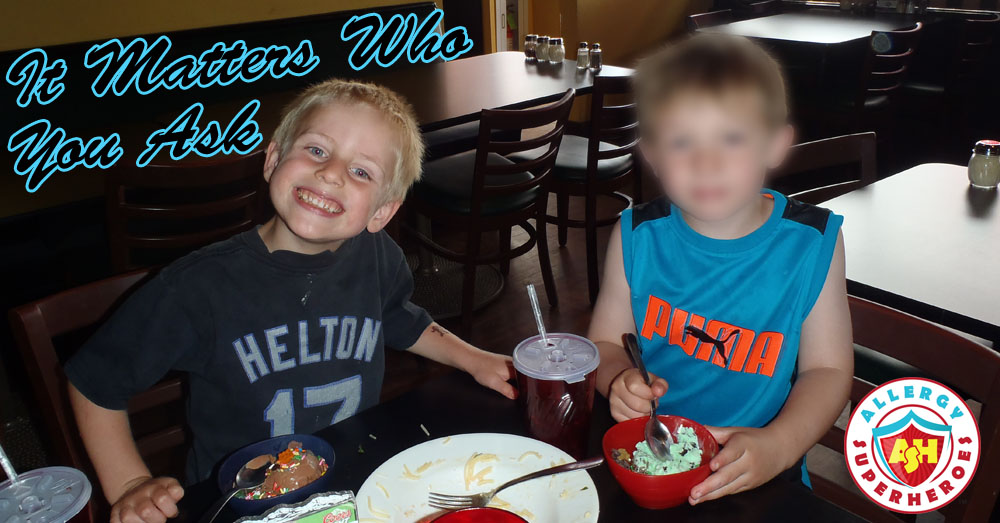 Four-year-old: Does that have egg or peanut?

This actual conversation transpired nearly 5 years ago, between my son and his best preschool buddy, as I approached from another room. Fortunately the cracker in question was free of Zax’s allergens–but this was an important wake-up call for me.

As a food allergy parent and food-allergy sufferer myself, I knew the importance of teaching my kids to self-advocate from as young as possible. Dean and I were always quick to point out foods that our children could not eat because of their allergies, and what great alternatives they had instead. We reminded them to ask about allergens every time someone offered food, and not eat if it contained their allergens OR if nobody could tell them for sure that a food was safe. And even though Zax’s preschool teachers were supposed to know his allergens, we trained him to ask them before snack time every day, to get him in the habit of asking and to give them the daily reminder.

But as it turned out, one thing we neglected to prepare Zax for was to make sure he was asking the right person. During the above incident, Zax was eating lunch with a buddy at a playdate when his friend offered a cracker. In his four-year-old mind, asking another four-year-old if the food contained his allergens satisfied the “ask first” requirement. It wasn’t until we discussed the incident later, when I asked him whether he would actually know the answer if someone asked if his own food contained dairy, for example, that he realized his friend didn’t really know the answer. Despite the confident reply he’d given.

From that moment forward, we adjusted our safety reminders to include “always ask a trusted adult.” Because food allergy kids need to recognize that you can’t just ask–it matters who you ask. 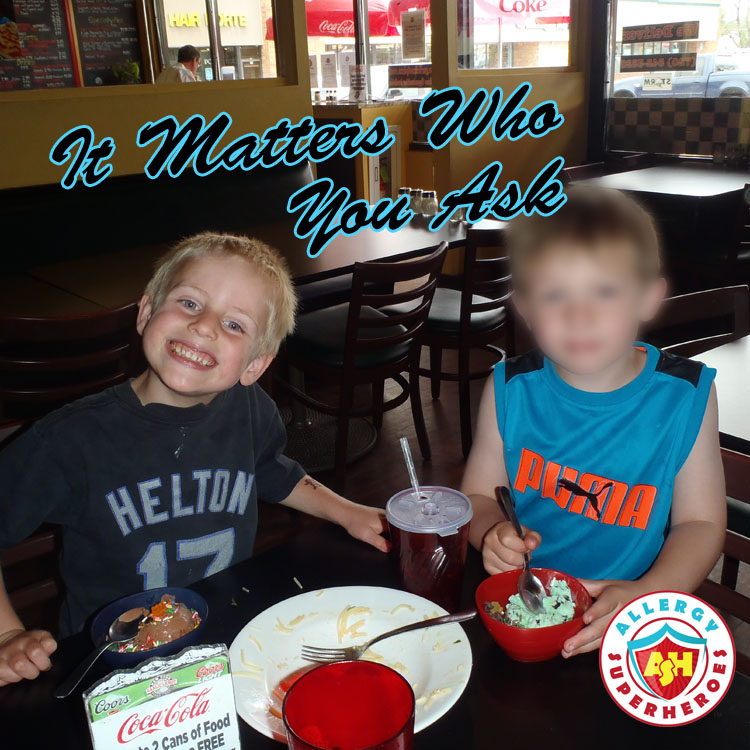