I recently read a comment from a member of the food allergy community who watched a salesclerk eat nuts and then ring up a customer, touching the money and register without washing their hands. The person making the comment sounded appalled, and while I can see that reaction, I can’t also help but think “well… that’s how the world works.”

There are potential dangers everywhere when you’re dealing with food allergies.  Sometimes you see them, as in the case above, but oftentimes you don’t.  Someone could have been eating your allergen right before touching the doorknob you just used.  The person whose hand you just shook could have been eating your allergen prior to greeting you.  Someone could have spilled your allergen all over the shopping cart you’re now pushing.  I have no doubt that allergens can lurk on money.  I once heard that the two most common substances found on money were feces and cocaine.  I’m too lazy to look that up to see if it’s an urban legend, but the idea behind it–that money passes through too many hands to be considered “clean”–is well taken.  Allergens could lurk anywhere.

We can reasonably expect risks to be mitigated in schools, as public schools are required to provide access to a free and equal education, but we can’t expect society to accommodate our dietary needs anywhere and everywhere.  If I saw a sales clerk snacking on nuts I would shudder too, but the bagel with cream cheese I just ate might be just as deadly to her.

Why aren’t we both washing our hands as soon as we’re done eating?  Well heck, I’ve seen plenty of adults who leave public bathrooms without stopping at the sink, and all parents know that it can sometimes be hard to get kids to wash their hands when done using the toilet.  I think I can safely say that the world will never reach a point when everyone washes their hands after using the toilet, much less after eating.

All these potential dangers could be enough to paralyze a person, but I can’t live that way. Yes, there’s a chance I could come into contact with tree nut residue just about anywhere, but probably a much greater chance that I’m not going to.  I mitigate that risk by carrying Benadryl and an EpiPen, and also by washing my own hands a lot.  If they don’t wash their hands, then I need to. 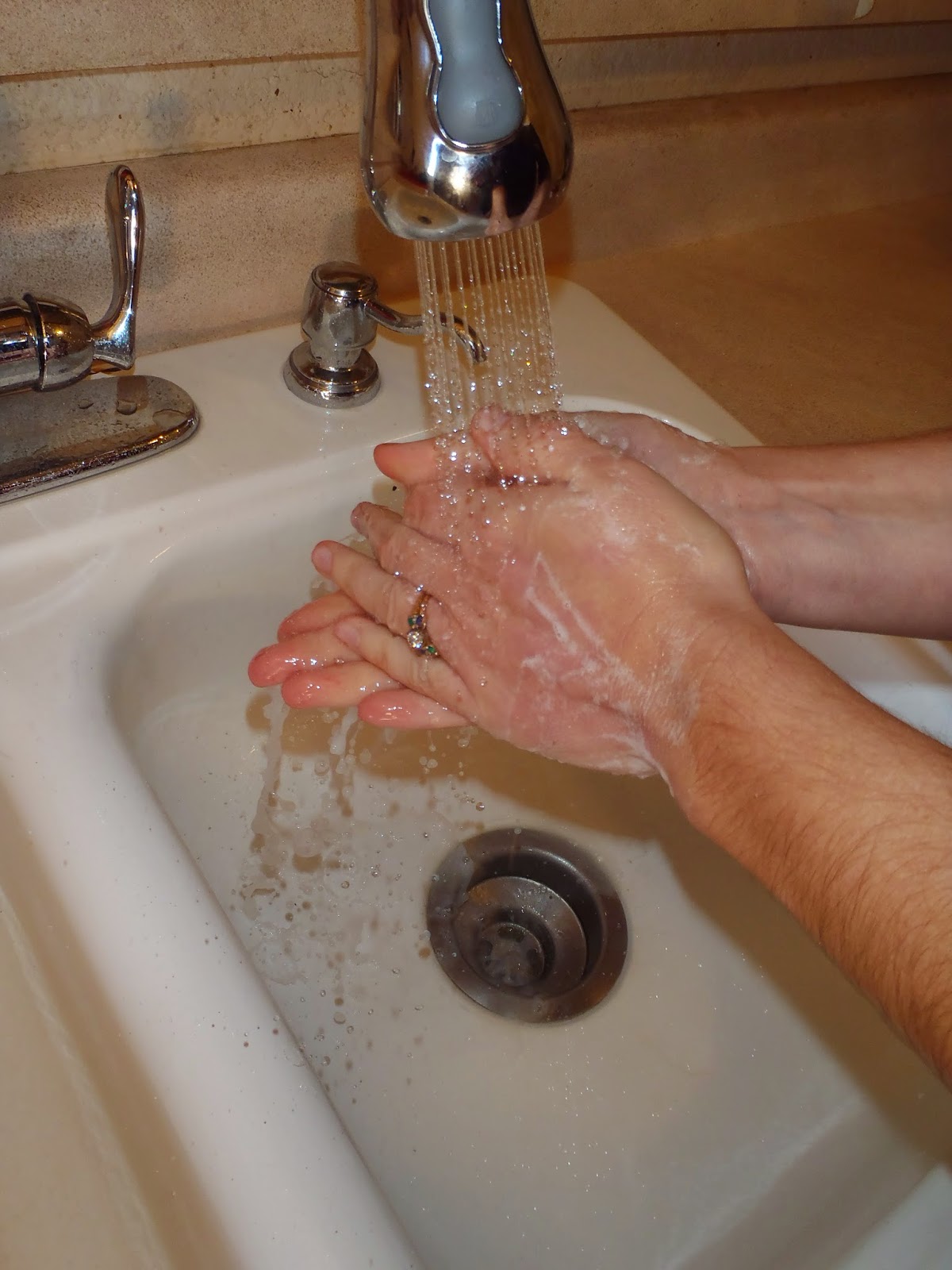 There’s a lot to be said for washing hands.  I’ll confess that I’m a bit of a germophobe, and that my hand-washing routine came from a job where we all shared workstations and I started getting sick (colds) a lot.  This is when I began washing my hands more often than just bathroom/food prep, and being scrupulous about not eating or touching my face when out and about.  Or at least without cleaning up first.

Becoming a parent strengthened my hand-washing conviction.  When my kids were toddlers, it seemed like they came down with a cold every time we went out somewhere (swimming pool, library, park, etc.)  We established the rule that we wash our hands the moment we get home from anywhere else.  Kal is a finger sucker, so I also use wipes on him in the car to make his hands a bit safer before we get home.

Hand washing kills many birds with one stone, getting rid of plain old dirt, germs, and allergens in one go.  That, coupled with fostering an awareness that touching one’s mouth, nose, eyes, or ears with dirty hands could make one sick (viruses or allergens) is the best defense against the dangers that lurk invisibly out in the world.

We can’t control all of the conditions we’re exposed to.  Even if we try, we have to leave our comfort zone sometimes.  Especially with children–sooner or later we have to trust our training and give them rein to explore the world.  But if we practice (and teach) good habits, we can minimize our risks!

One thought on “The Case for Hand Washing”