Back during Christmas break, I decided to do a bird feeder craft with the kids.  We all know that the traditional pinecone birdfeeder has peanut butter, but considering that birdseed often contains sunflower seeds, I figured birds (and squirrels, darn them) would be perfectly fine with Sunbutter.  So that’s what we did! 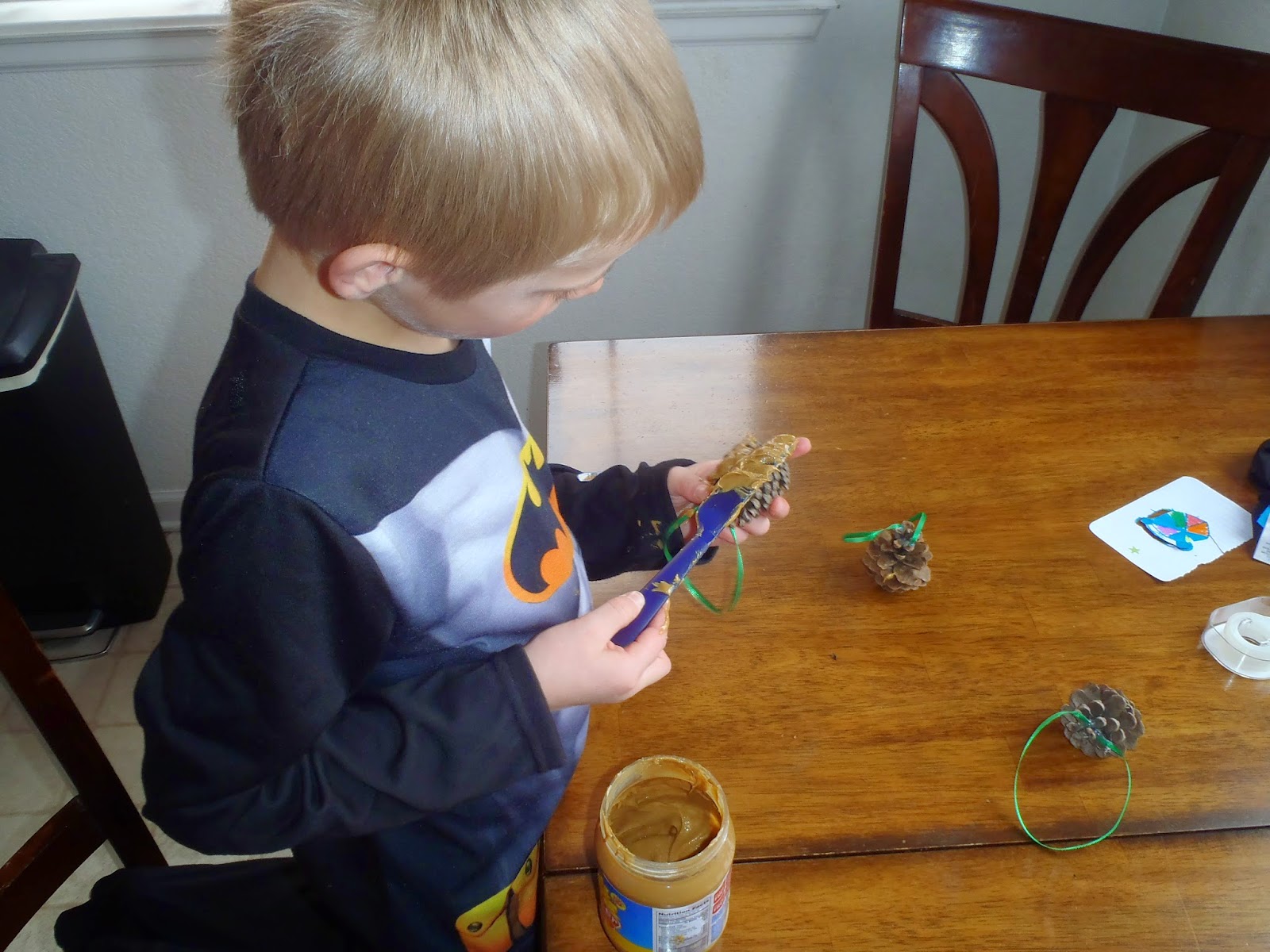 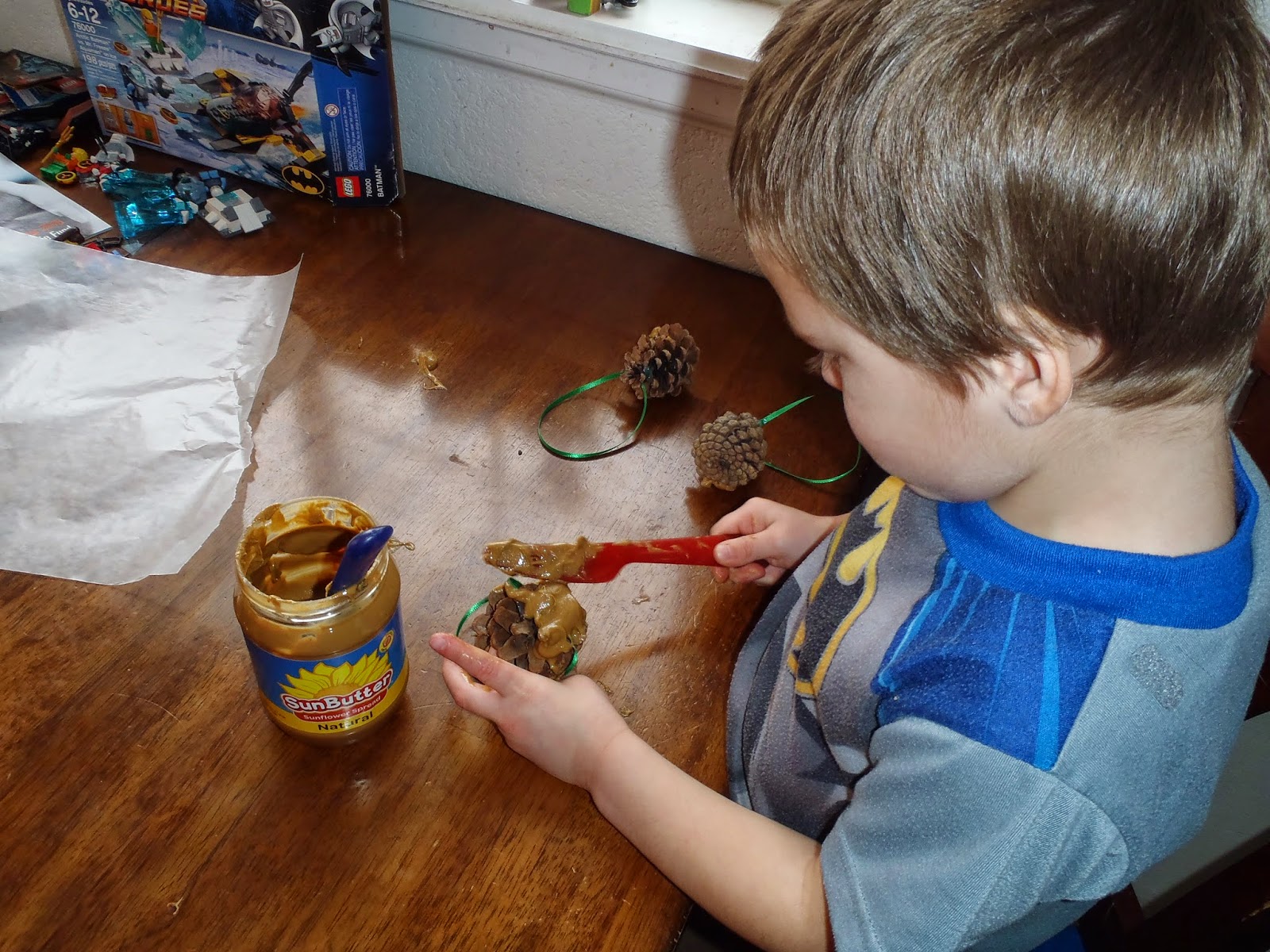 It was superhero pajama day, in case you couldn’t tell. 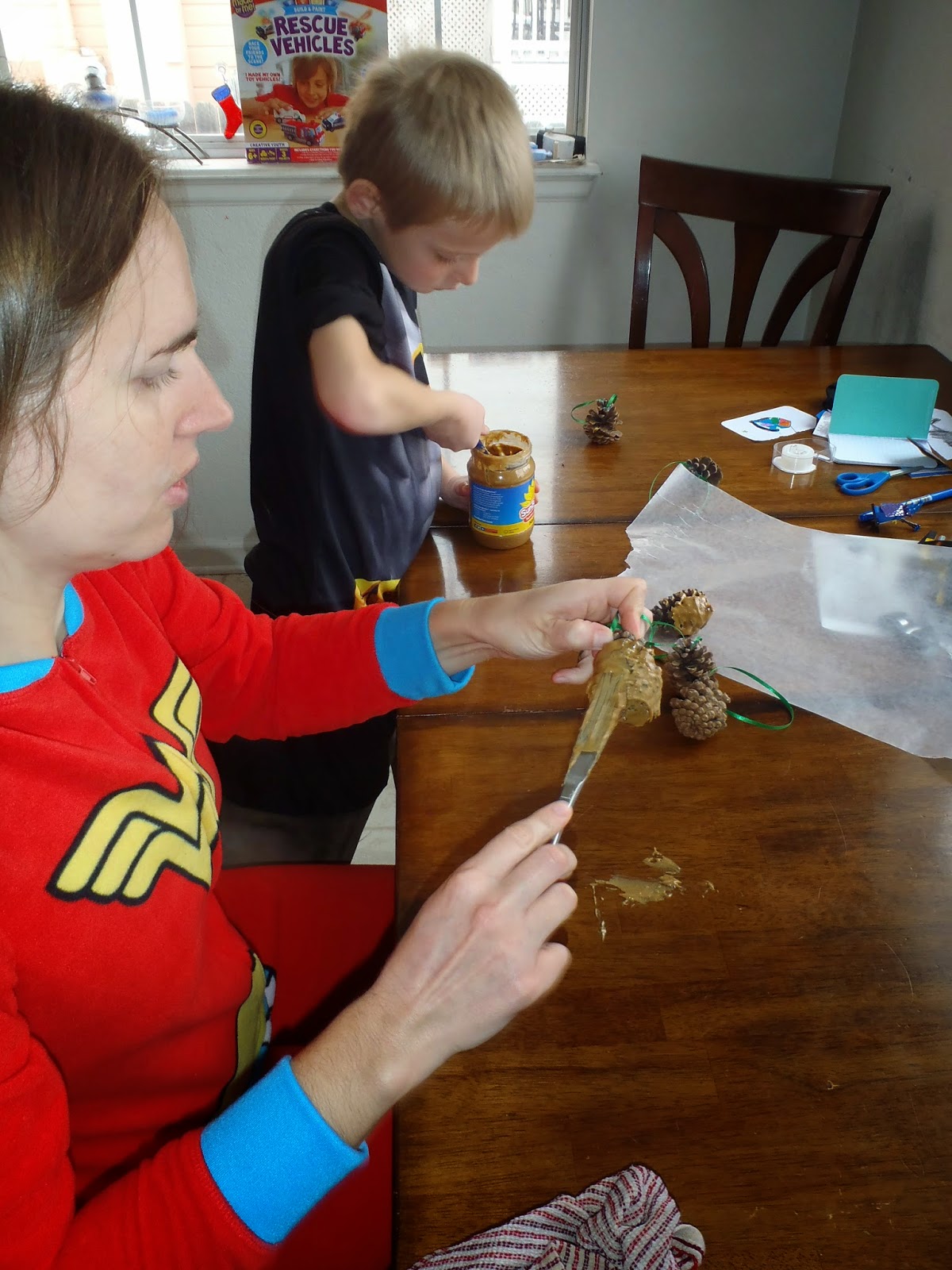 Zax caught licking the knife!  (The knife that had been spreading Sunbutter on dirty pinecones.  Pinecones that still had some dead bugs on them.  Boys!) 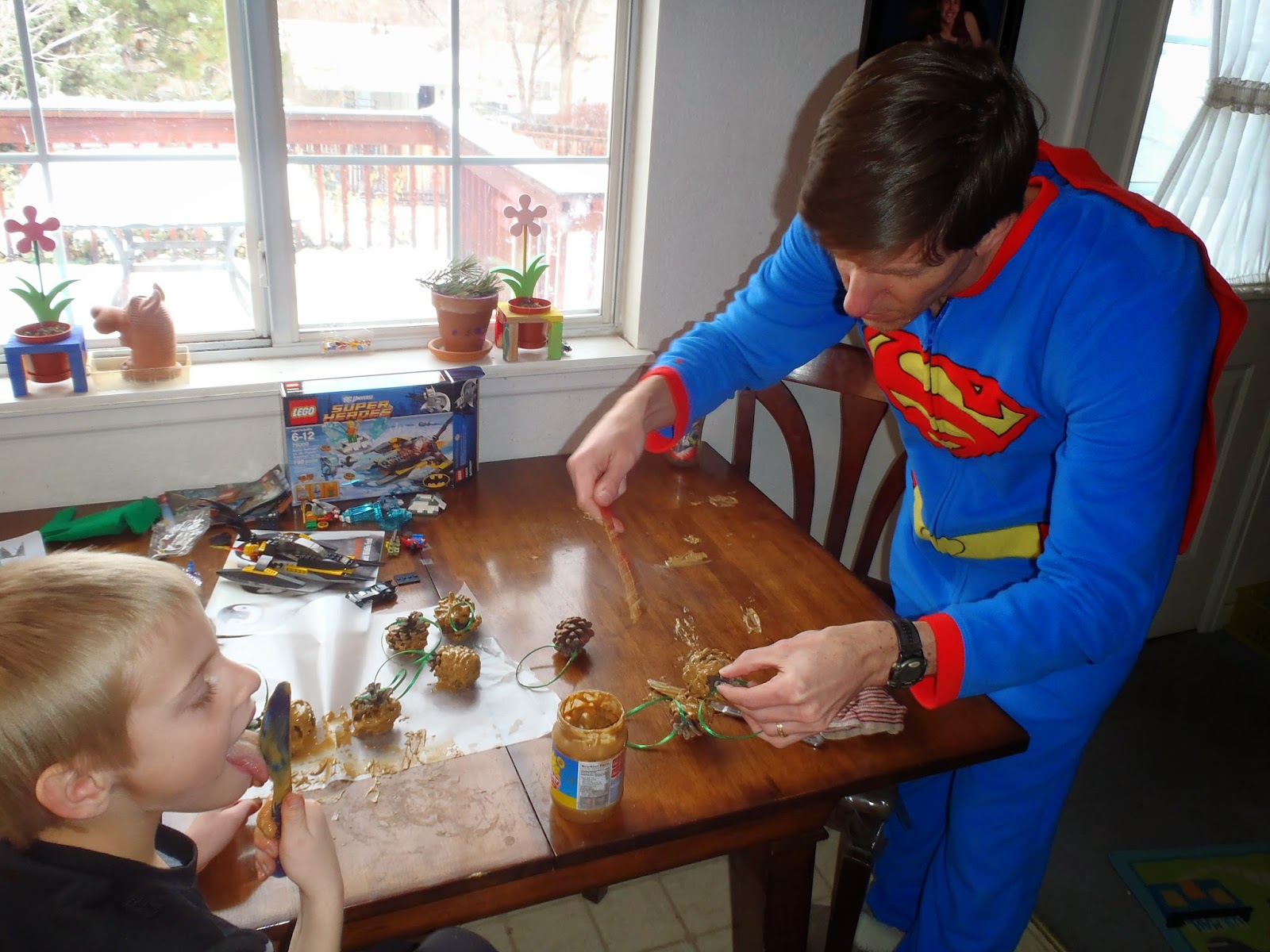 For some reason, I was unprepared for how much of a mess this would make.  Kids with peanut allergies definitely cannot be anywhere near where this has been going on (if they were made the traditional way), not even the next day.  Are the teacher and custodian really going to clean up all that residue?  If either of my sons’s teachers ever tells me they want to do this craft, I will firmly state “you’re doing it with Sunbutter, or you aren’t doing it at all.”

Getting ready to roll them in birdseed.  Make sure the birdseed is free of your allergens!  I would also recommend washing hands after finishing, not only to get the mess off, but because I’ll bet birdseed doesn’t label for cross contamination. 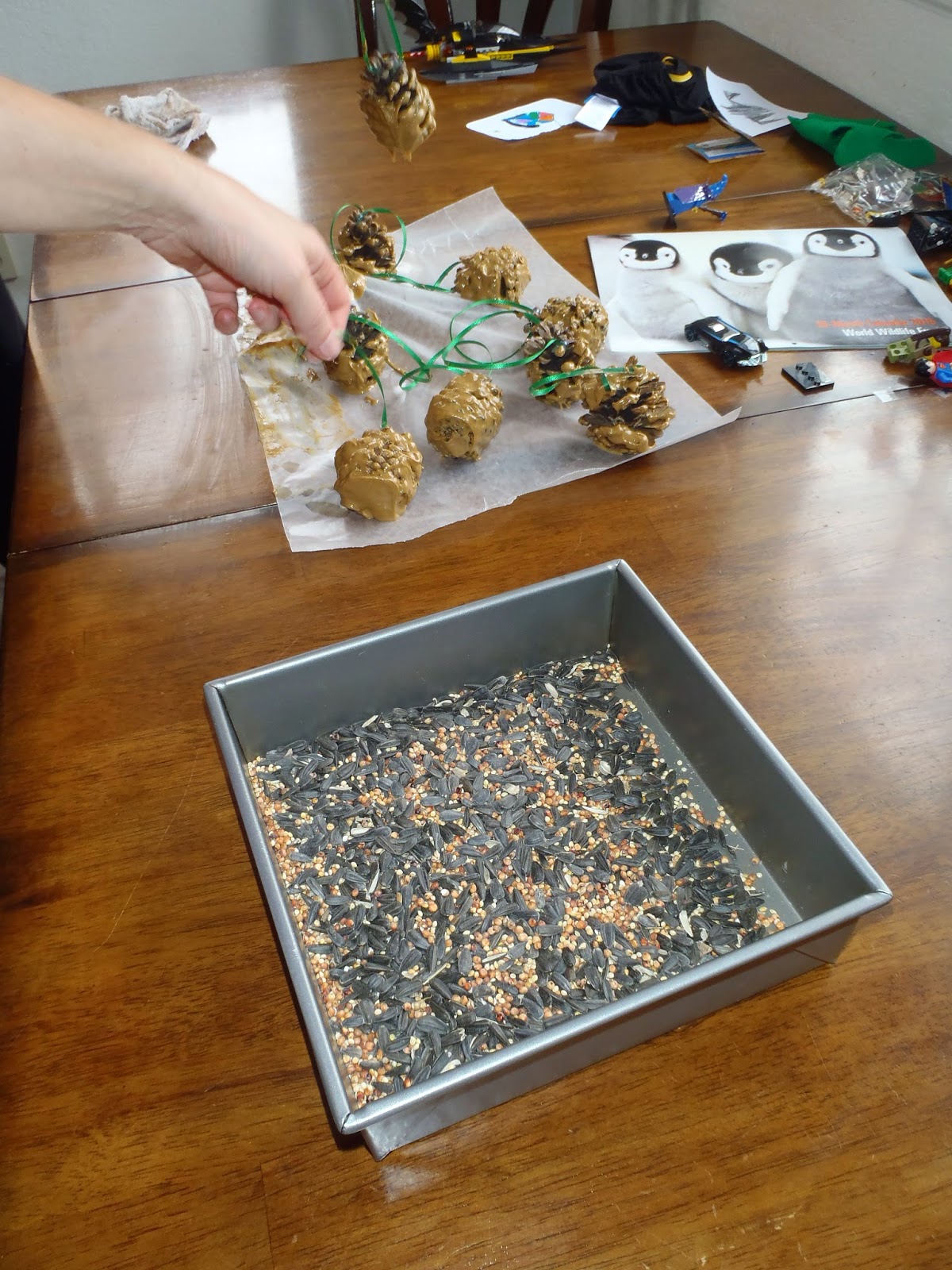 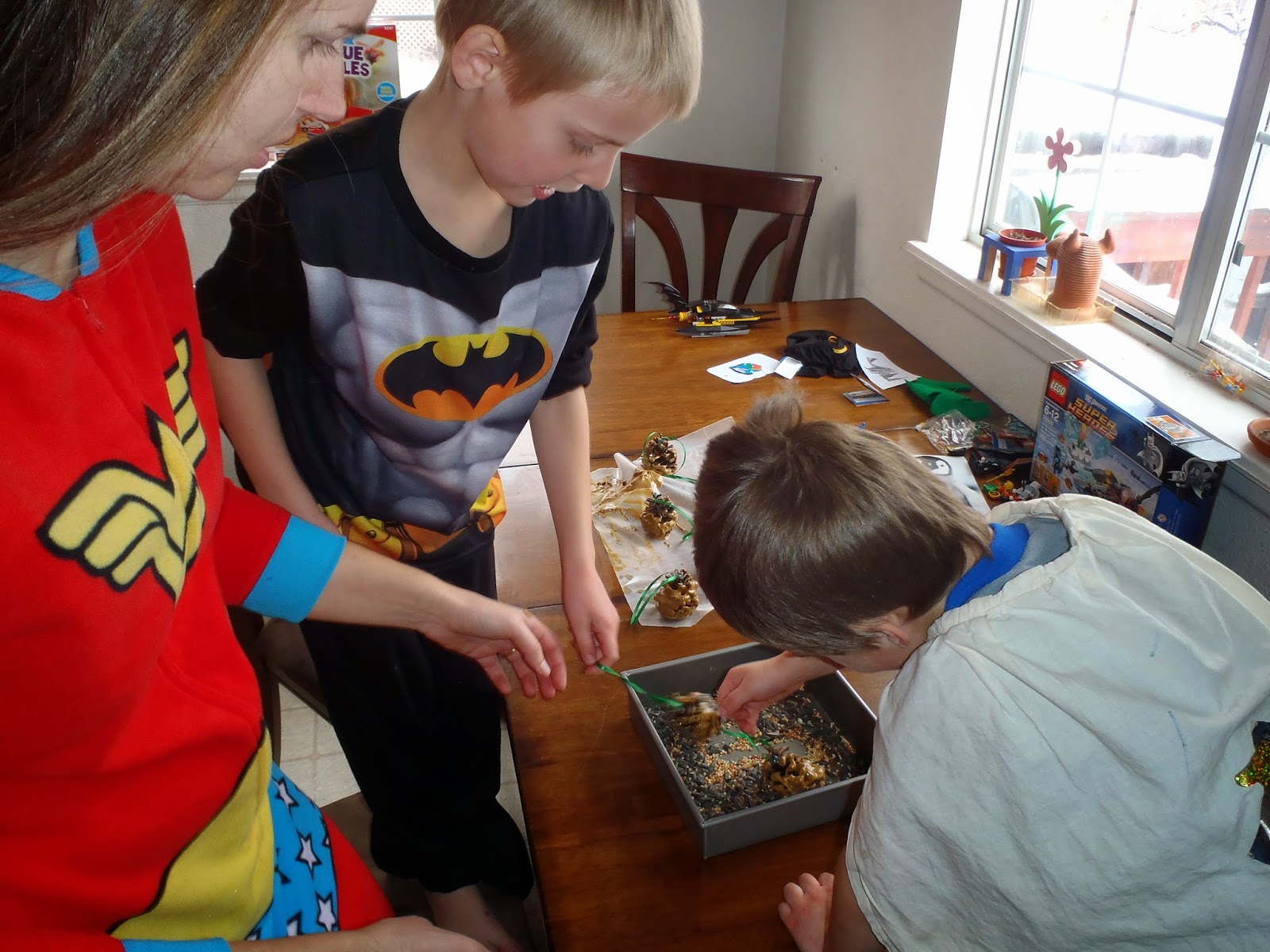 Aren’t they pretty?  See, you can do this craft just as easily and nicely without the peanuts! 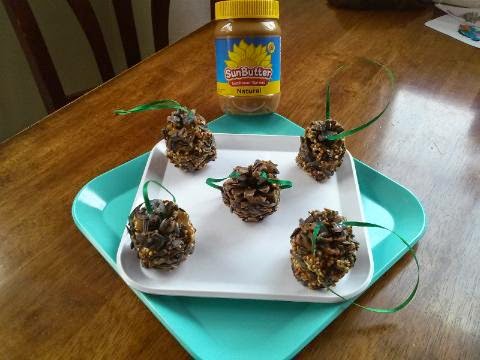 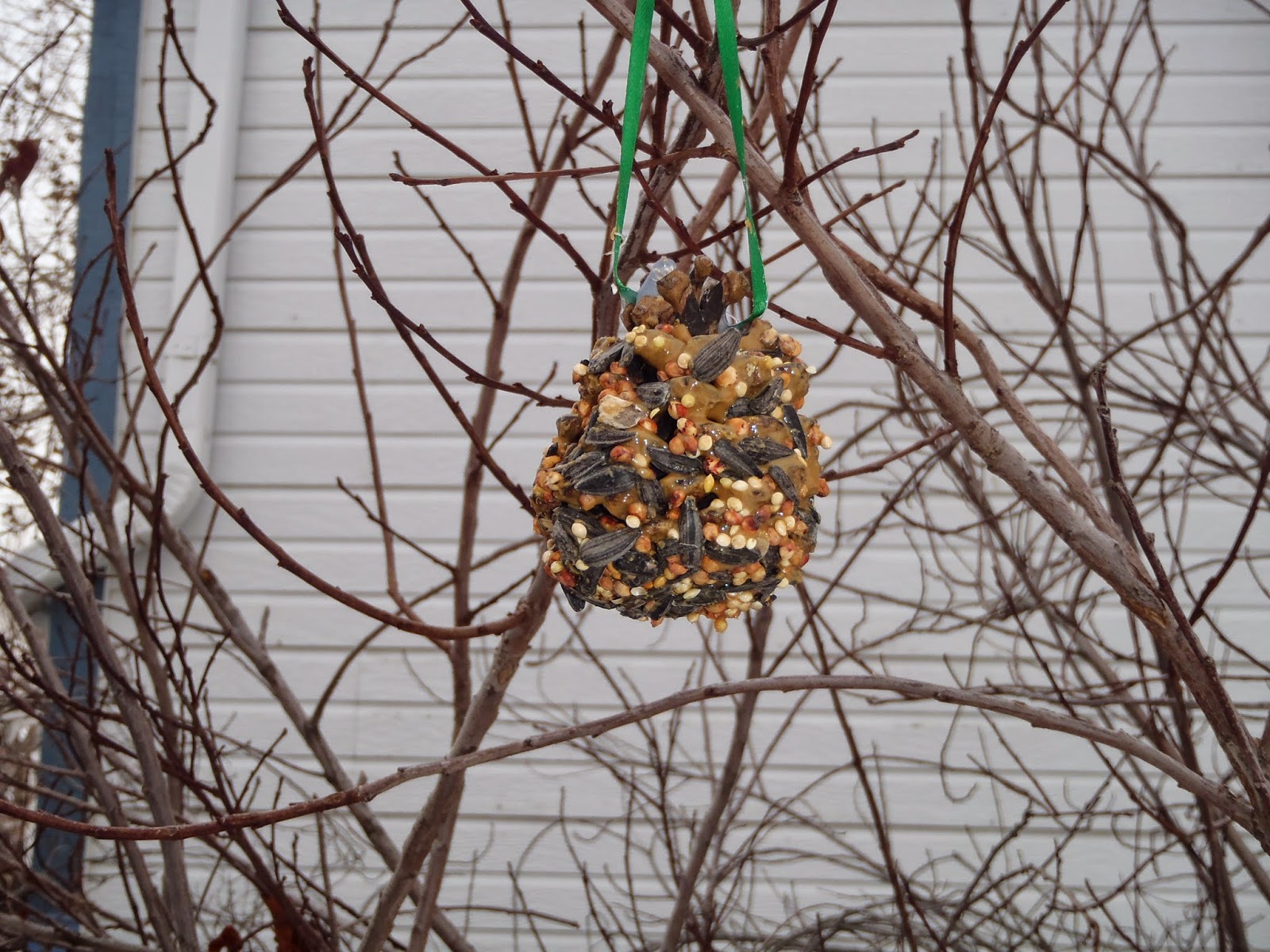 The squirrels decimated most of these, but we did see birds eating from those few that were in places birds couldn’t reach.  What fun!

How have you modified “traditional” allergen-containing crafts to be safe?