We just got back from a trip to Buffalo last week! The reason for the trip was sad, but it was good to see familiar faces and places again, regardless. 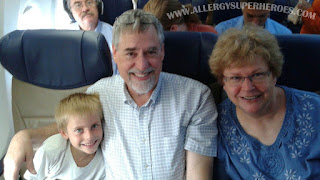 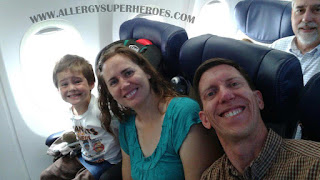 We also met a new friend–we paid a visit to Dairy Free Gina, who lives in the area! It was great to meet and network with such an awesome food allergy blogger! 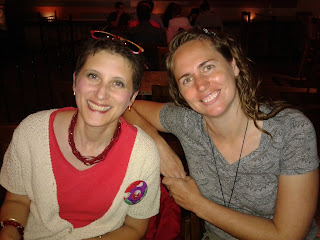 In order to get to Buffalo, we flew for the first time in almost three years! I’ll confess that I was more nervous about the boys’ peanut allergies than I ever was on previous flights. It may be because the last time we flew, Zax had tested positive for peanut allergy but we hadn’t confirmed it via challenge—and we knew nothing about Kal. We hadn’t called ahead for peanut allergy last time and I’m not even sure we wiped down the seats very much. Now we know that Zax is anaphylactic to very small amounts of peanut. Kal’s reaction to his challenge was less severe, but we know that he has picked up trace amounts via cross contact. Plus, our kids touch everything.(Kal, at age 4, still regularly puts his fingers in his mouth.) 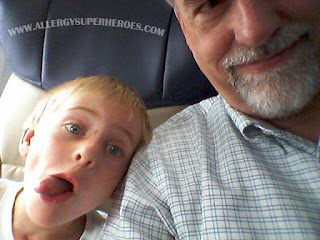 Southwest Airlines was great though! They were friendly and their regular policies allowed us to preboard to clean our area, and they suspended serving peanuts for the flight.
Wiping down all surfaces that a child might touch is a big task, and I was glad my husband and I were able to work at the same time! We went through 1 1/2 packs of baby wipes between four flights and a week vacation. I felt leery of the floor since we couldn’t clean it, and I confiscated any toys that fell down during the flights. 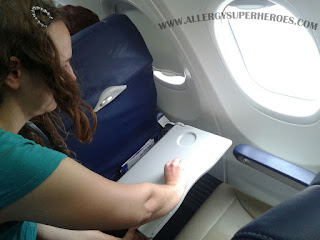 I also brought along extra Epi Pens–the ones we got back from school. I figured that if we were stuck in a tin can at 30,000 feet where even an emergency landing could take some time, we ought to be prepared with all we had. 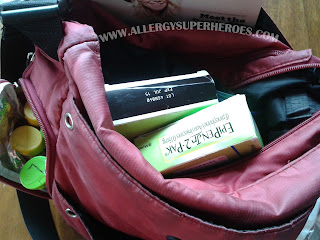 There were interesting differences in the various legs of our journey. On the first flight towards Buffalo they also made an announcement asking passengers not to eat peanut products, and then they stopped by a few times to ask questions or check in. A passenger near us asked if it was just peanuts or all nuts, and another passenger all the way across the plane asked if they could eat their peanut butter sandwich, and each time they came to get our opinion. We were happy to answer questions and explain the nuances of our needs. The flight attendants also warned us that the pretzels they were serving had a cross contact warning. One of the flight attendants also told us that the air on the plane is not recirculated–it goes through the engines, then into the cabin, and then out to be replaced by fresh air. I don’t know if that’s standard for all airplanes, but it would explain why the plane always smells like exhaust as it’s backing away from the gate. 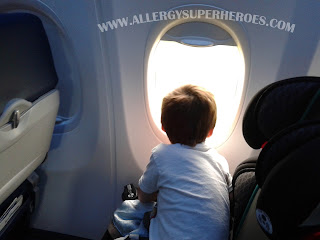 On the second flight towards Buffalo, they again warned us that the pretzels had a “may contain” warning on them, but did not make any announcements.
On the first plane home, a flight attendant started handing out packets of pretzels and packets of peanuts, then saw us a few rows back, remembered the allergy, and raced back through the cabin confiscating all the packets he’d just handed out. He then made an announcement that the reason they weren’t serving peanuts was because there was someone with a severe allergy onboard. Oops! 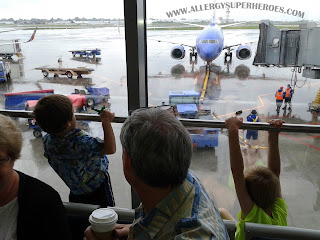 On the final leg of the journey home, they again did not make any announcements. They didn’t warn us about the pretzels either, however they completely bypassed our row when handing them out. Fortunately, we’d brought our own food along (I can’t imagine flying with food allergies without doing so!) Our longer flights (1st and 4th) had two snack services, and the second was Ritz Chips which did NOT have an allergen warning. 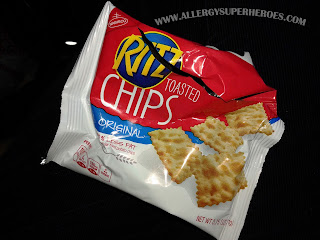 It’s funny how an airline with the same policies approached us differently for each flight. So much of air travel really is dependent on the flight attendants assigned to your plane. Overall, we thought they did a good job and they got us safely to our destination. Even through a thunderstorm!
Actually, we tried landing in said storm twice, and each time the pilot had to abort and pulled us back up amidst bumpy g-forces and loud engine whines. We were pretty nervous. DIA closed to arrivals after the second attempt and we had to fly to Colorado Springs to wait and refuel, since we didn’t have enough fuel to keep circling for a long time. Oy! I was glad our preboarding had allowed us to snag seats at the very front of the plane for that flight–it gave the boys a little more space to move. 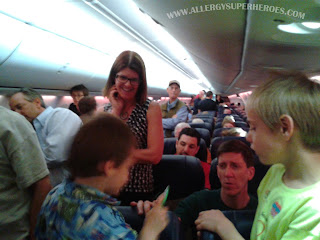 Overall, Southwest took good care of us, and we made it home safely, if four hours late. Hooray for Southwest! 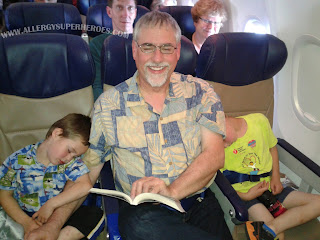