This doesn’t really involve allergies, but we’ve decided it’s time for Zax to learn how to handle money. When I was growing up, my allowance was divided between three accounts: Giving, Saving, and Spending. I wanted to do something similar with Zax, because budgeting skills benefit us for life! Plus, with the way Zax fights us over things like his Book Order, his unrealistic expectations for the things he can afford to buy, and his general lack of understanding of saving, we are clearly overdue to get this started. 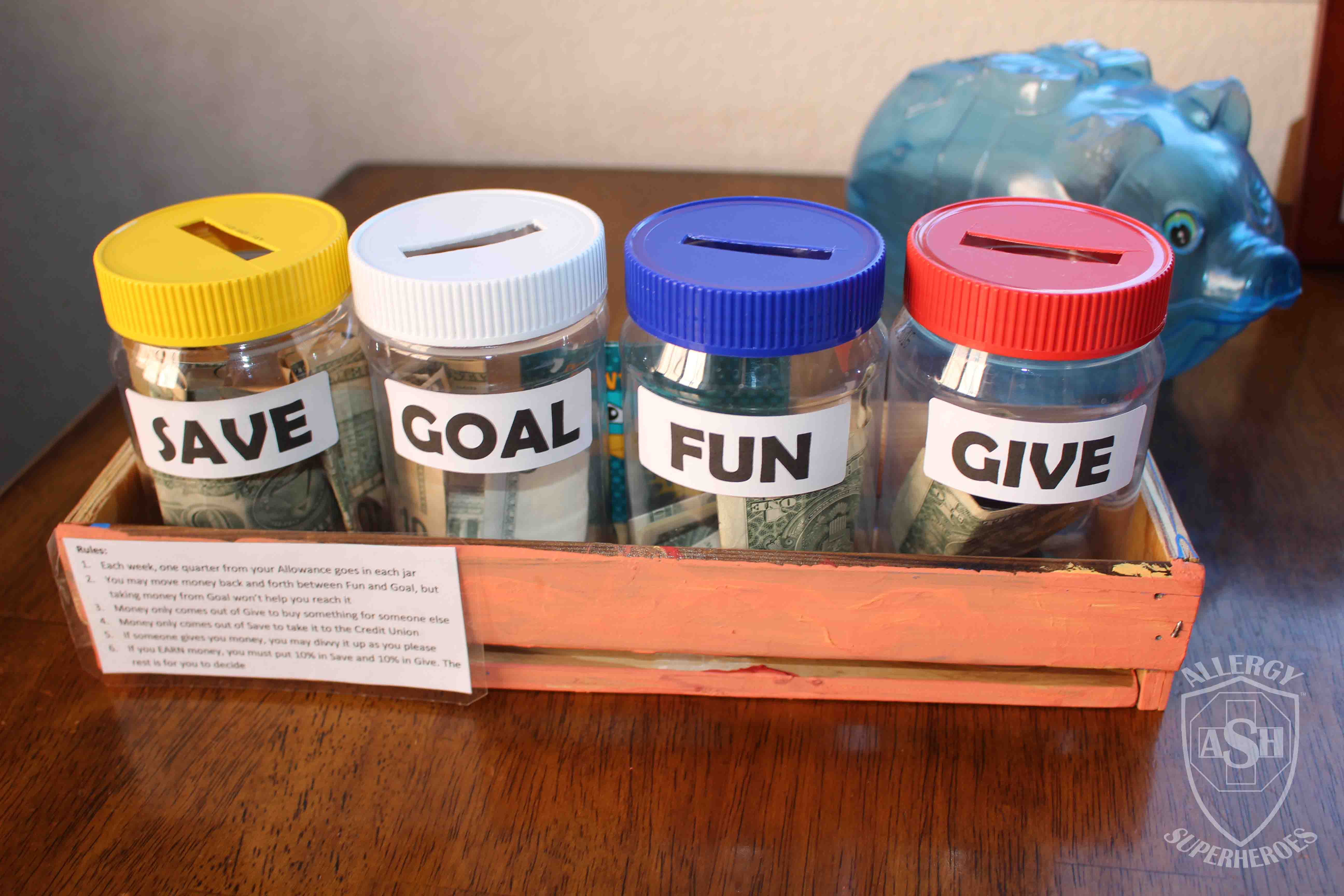 I found a budget system online that I liked, where someone made a bank out of juice jars. I decided to use what we have a lot of: No Nut Butter jars! Which makes this an allergy-friendly craft!

We saved jars until we had four, because I want Zax to have four accounts: Giving and Saving, plus his spending money will be divided two ways: Fun and Goal. Fun Money is just general spending money, and Goal is for him to set himself a goal for something bigger he wants to buy (generally a big Lego set.) We’re going to print out a picture of his goal and write how much it costs on it so we can tape that to the Goal jar to remind him of what he’s aiming for.

After we had the jars I measured how big they would be lined up side-by-side, and asked my dad to help us build a crate that would hold them. 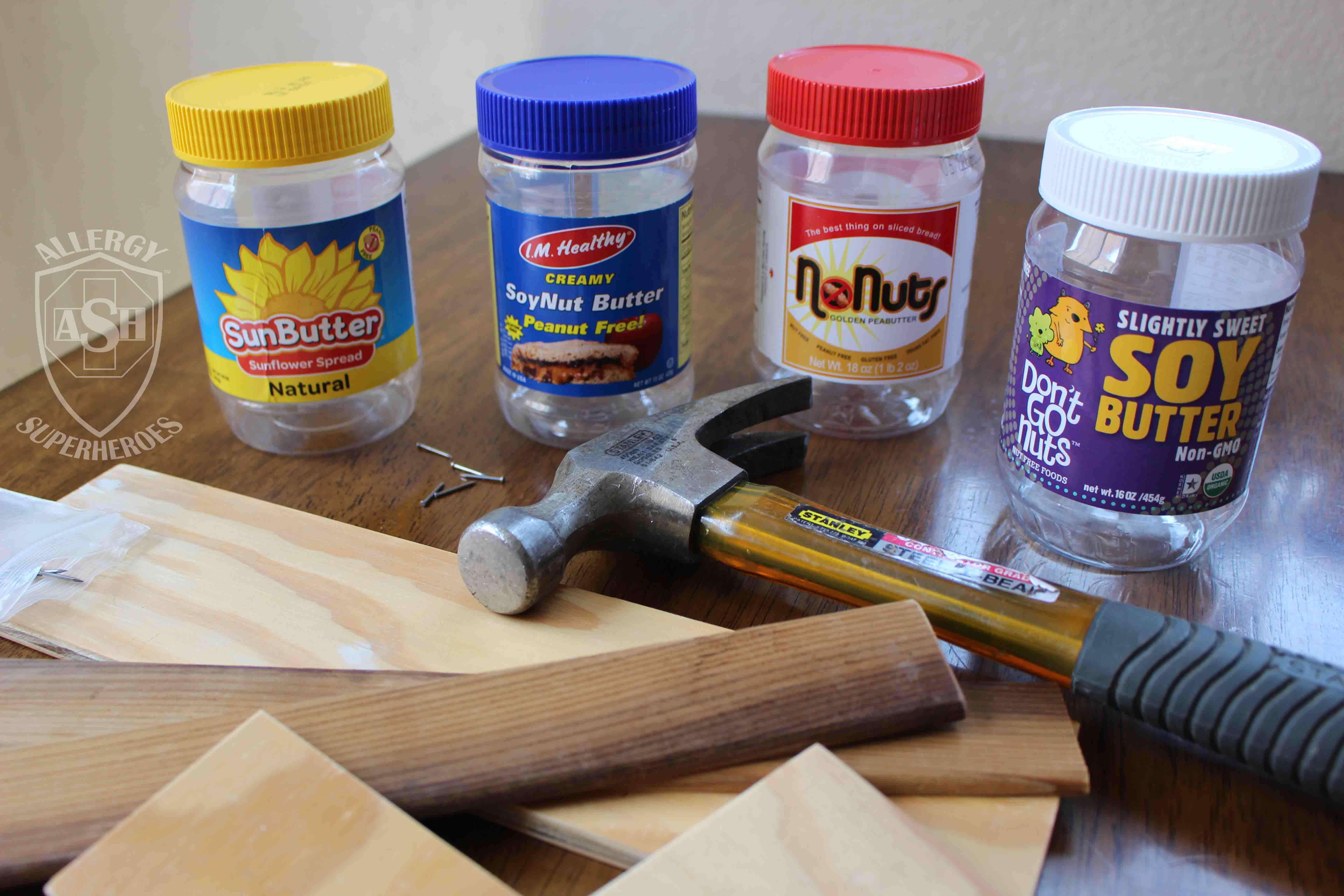 Poppa cut the wood and provided the nails, and then Zax and I put it together. Then Zax painted the crate while I cut money slots in the lids. 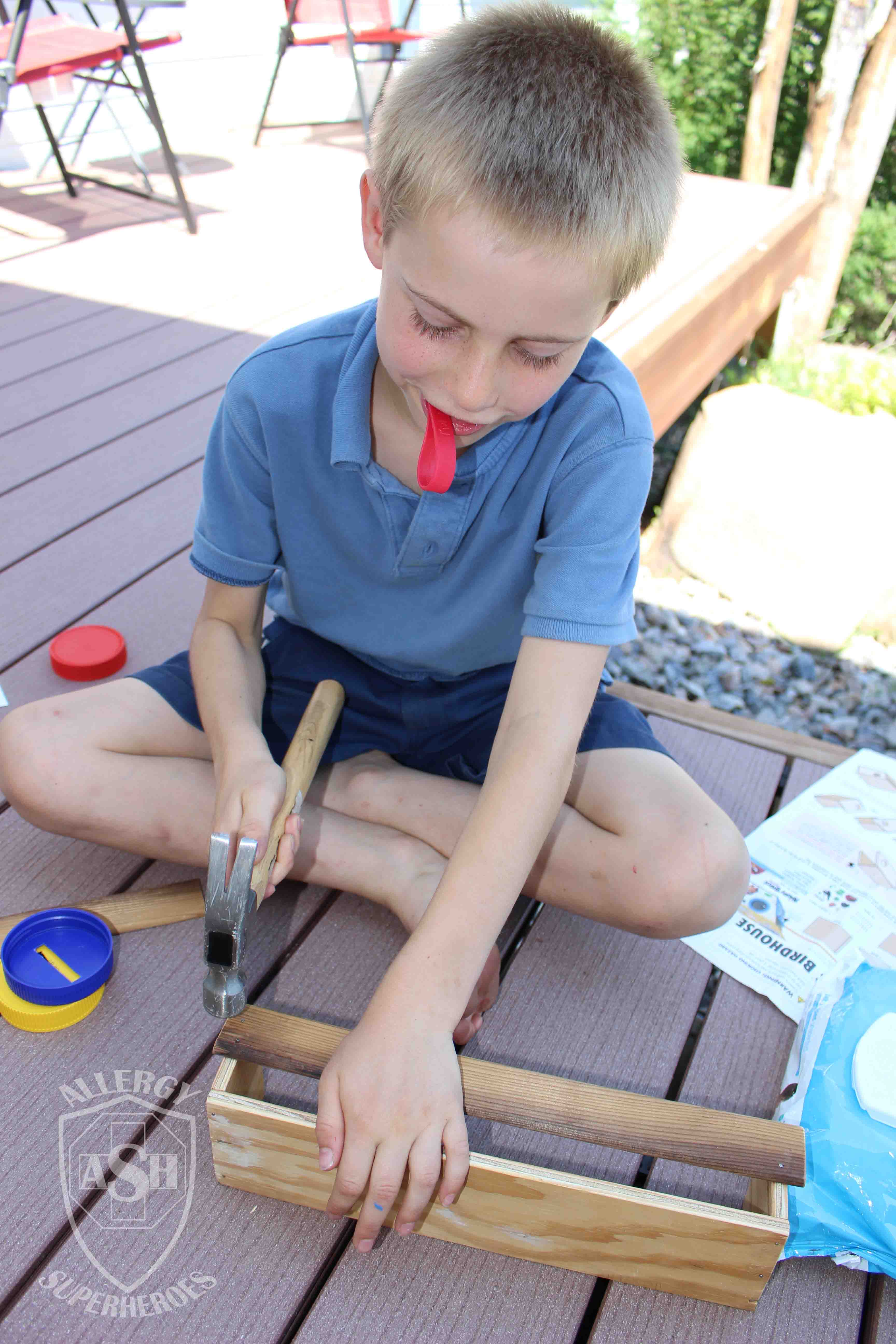 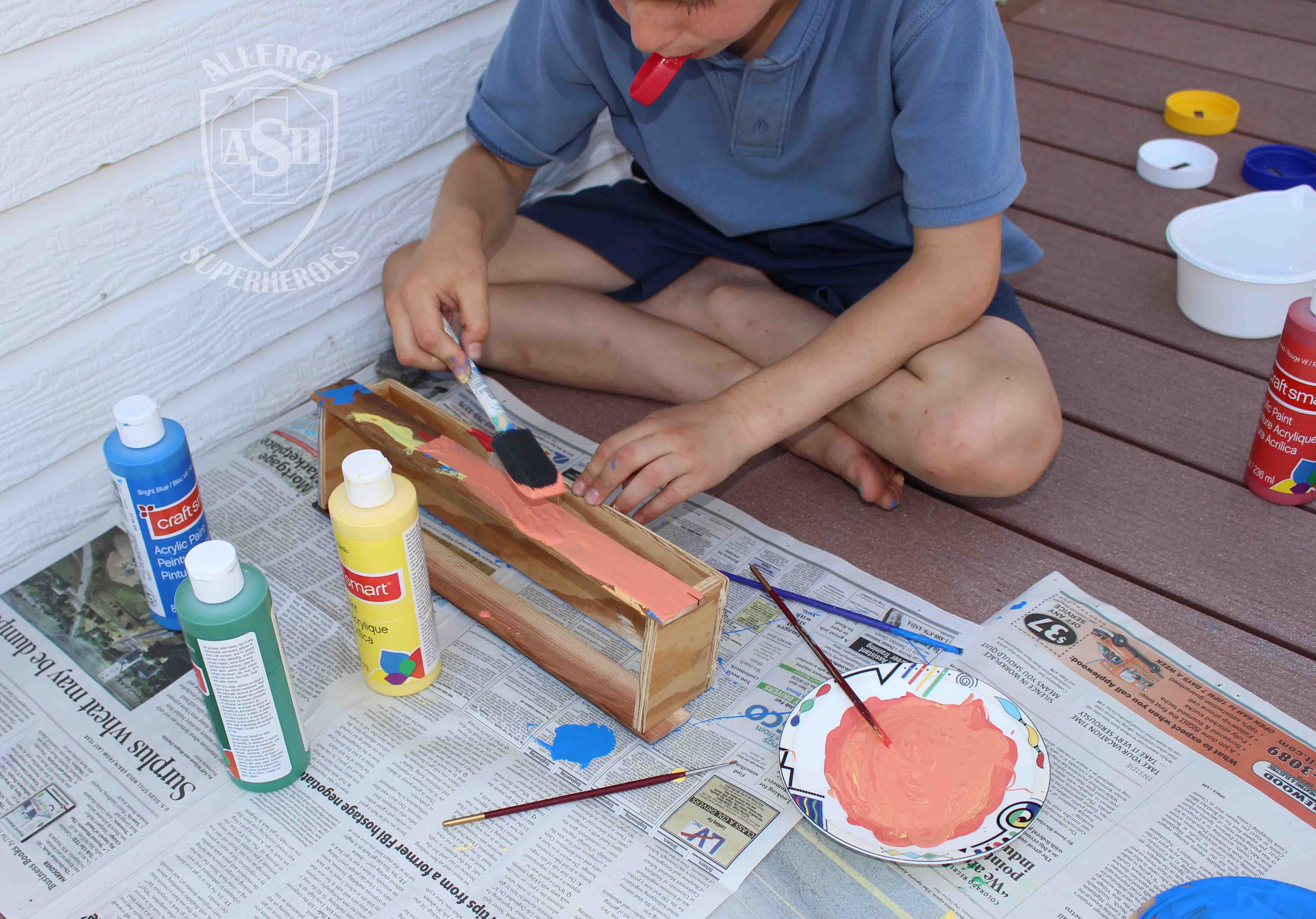 I soaked the labels to get most of them off, and then used Goo Gone to remove the residue. 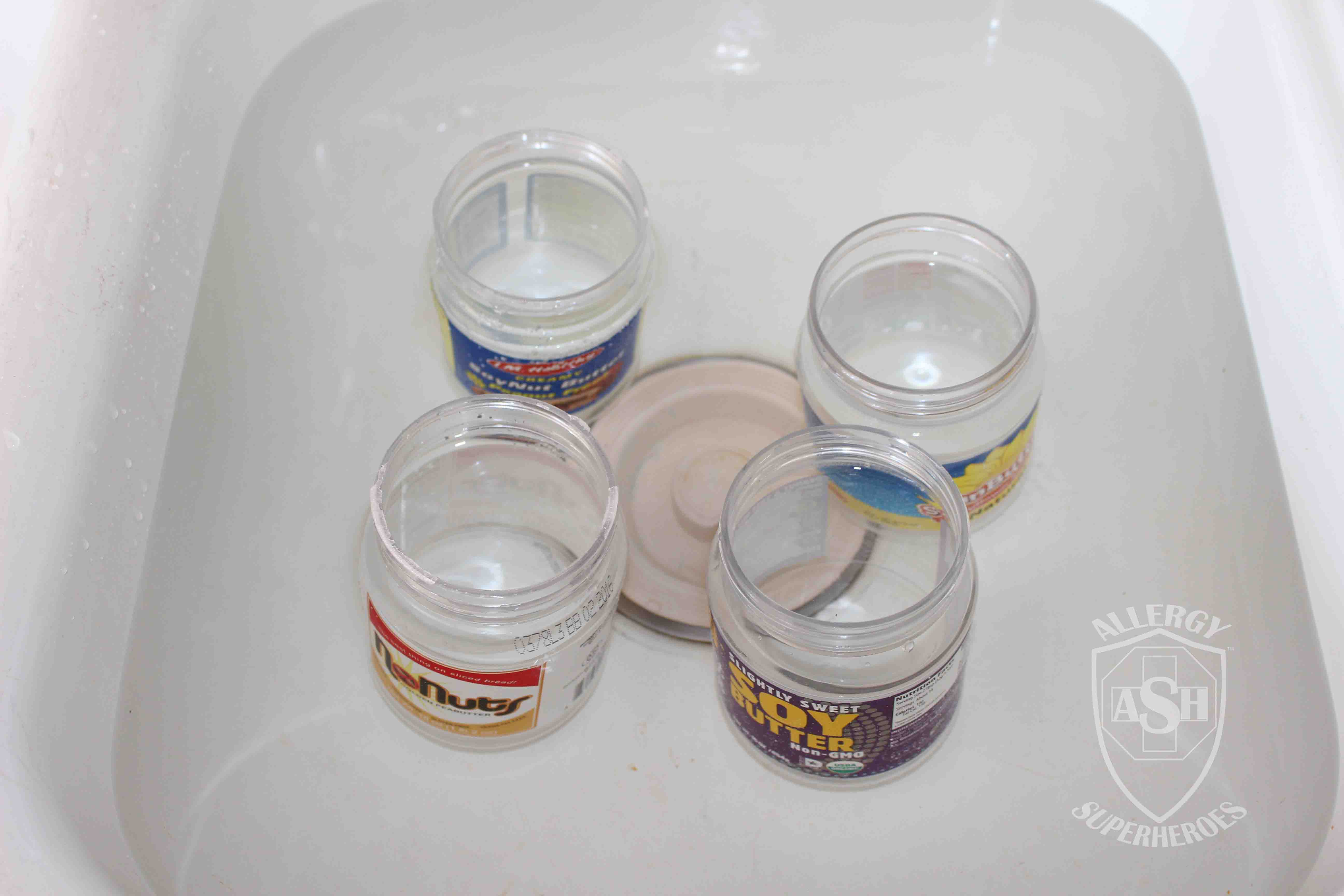 Then I printed up the rules and label stickers for the different categories. 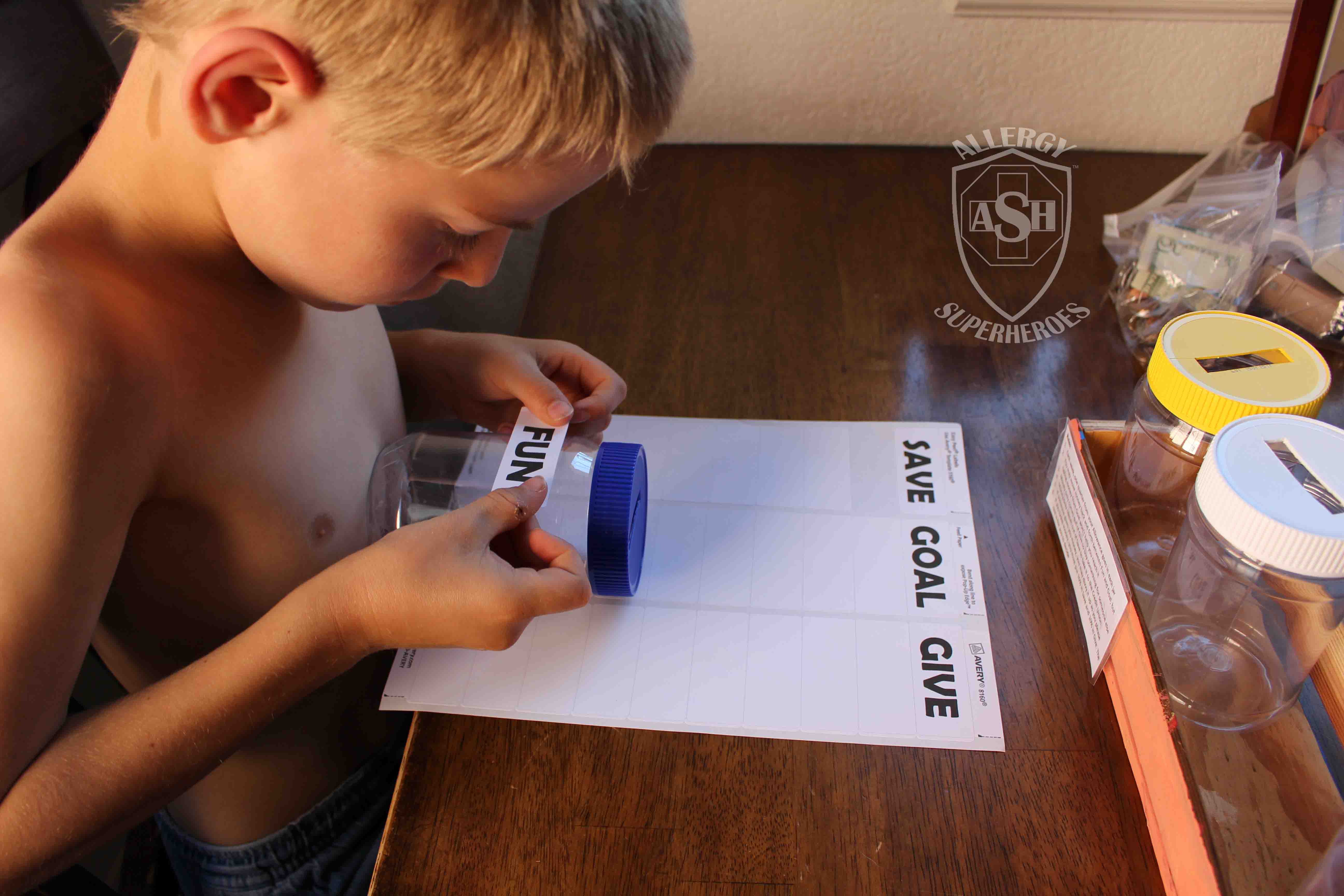 The rules for our banking system. We talked about them a lot, so I think he understands the concept.

We seeded the accounts with money he already had, and then it was time for his first allowance! 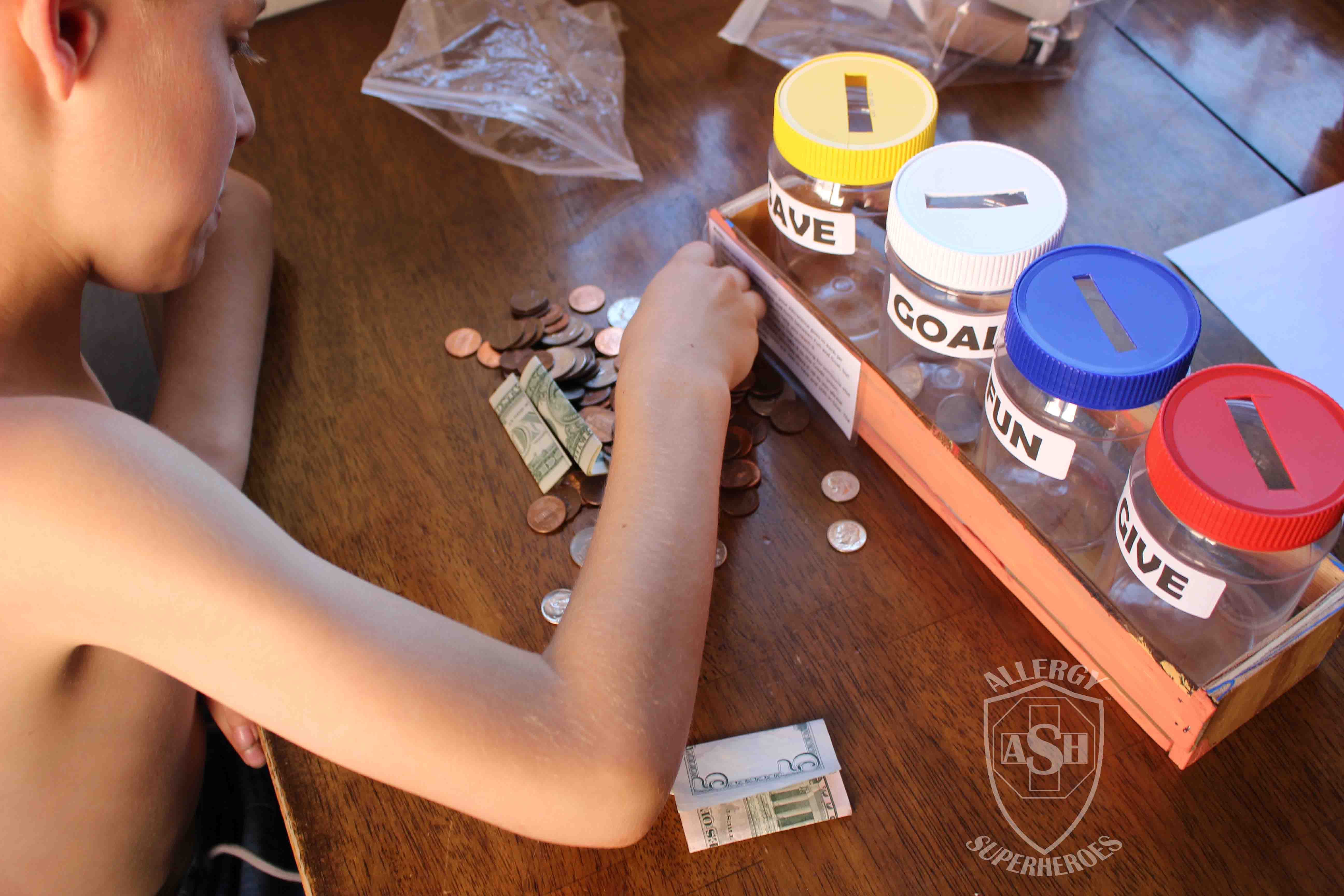 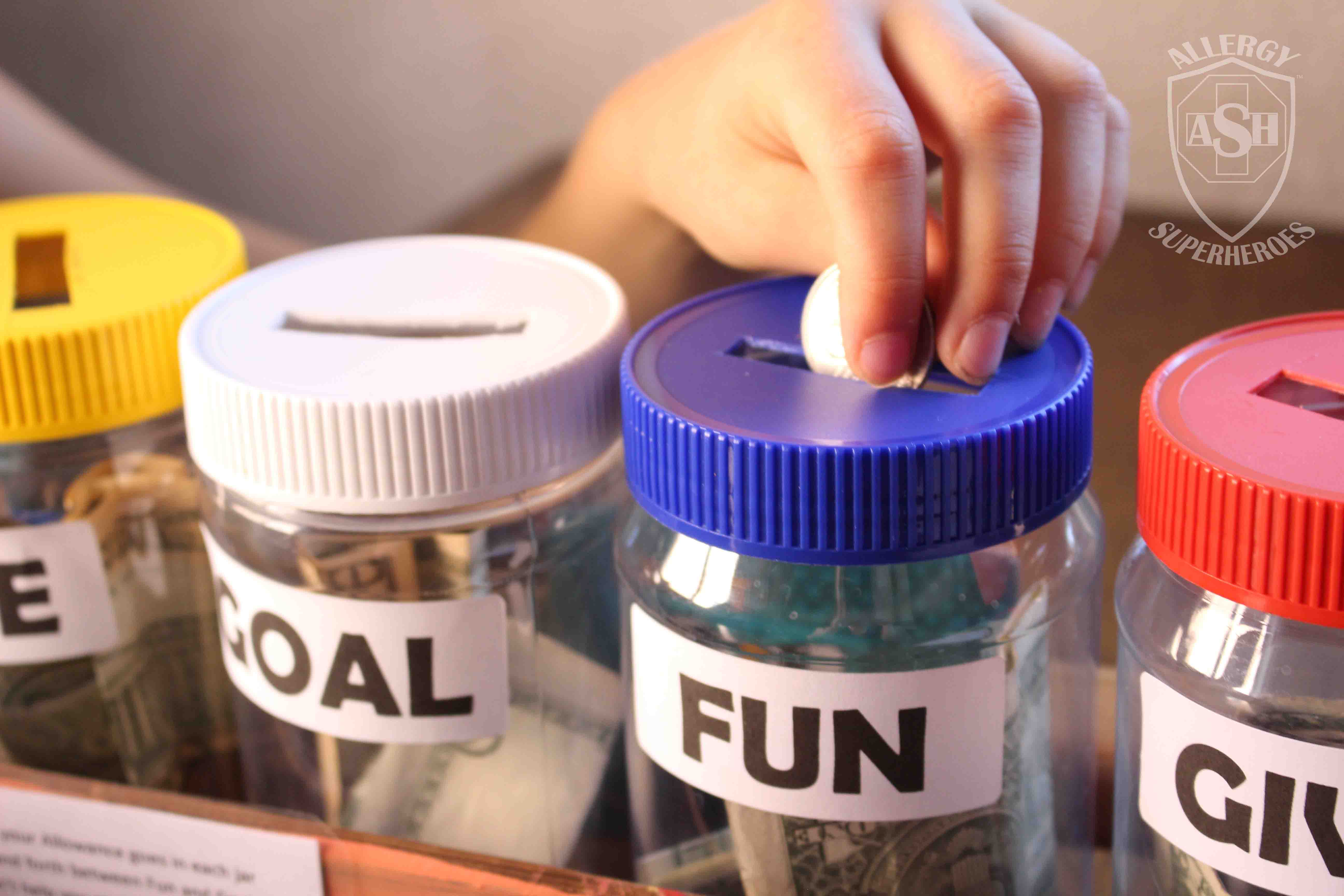 I like the idea of using clear jars to hold money, because it allows a child to see their money as it grows inside. We’re only just getting started here, so I don’t know if this will end the money fights Zax throws at us, but at least he has a steady income and a firm set of ground rules. And you can’t argue with your Spending money jar being empty! 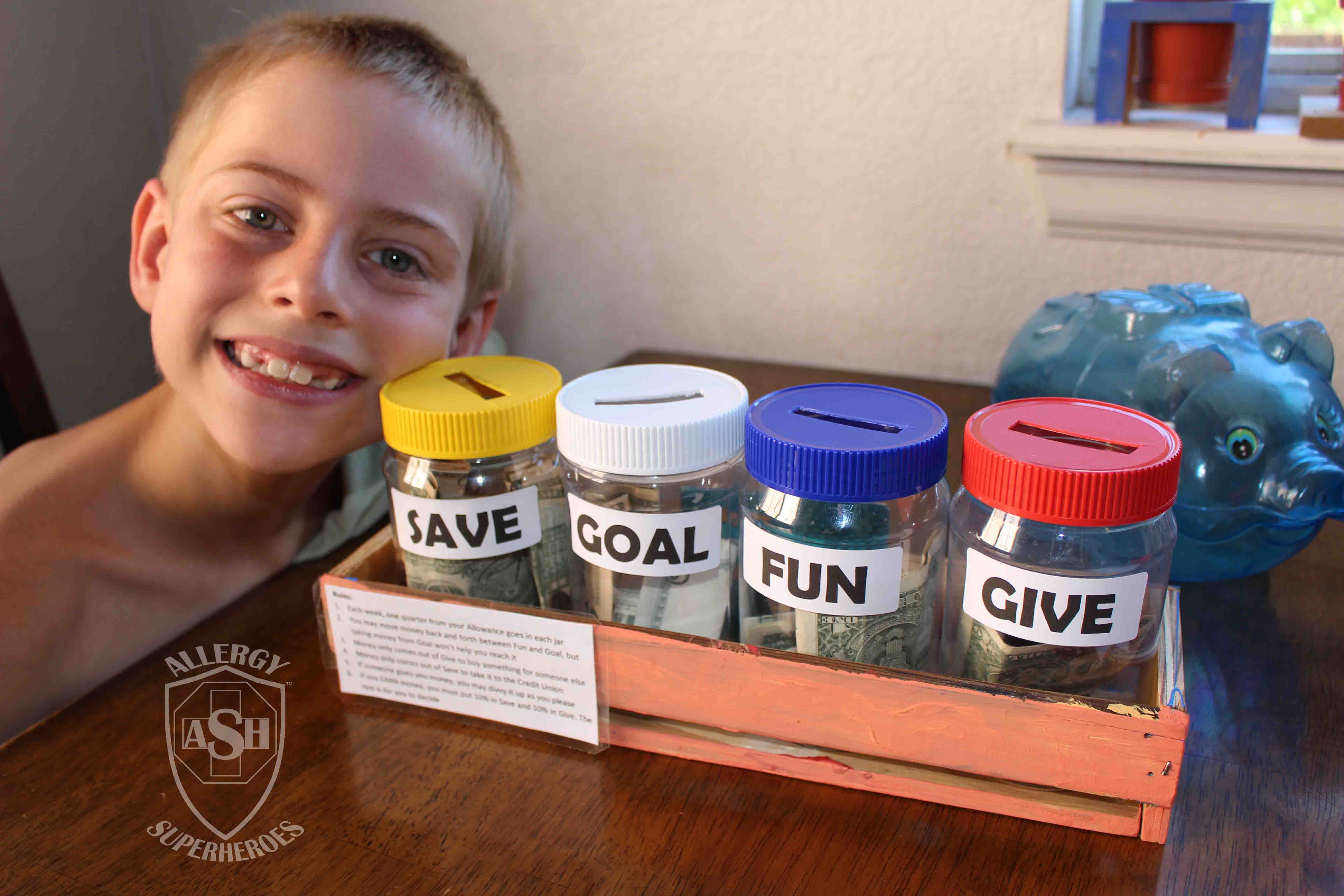 Keeping Green Eggs out of the Classroom