Zax turned 6 at the end of October!  This year, he requested a Lego birthday.  With the help of the internet, I managed to find some easy and fun Lego games for us to play. 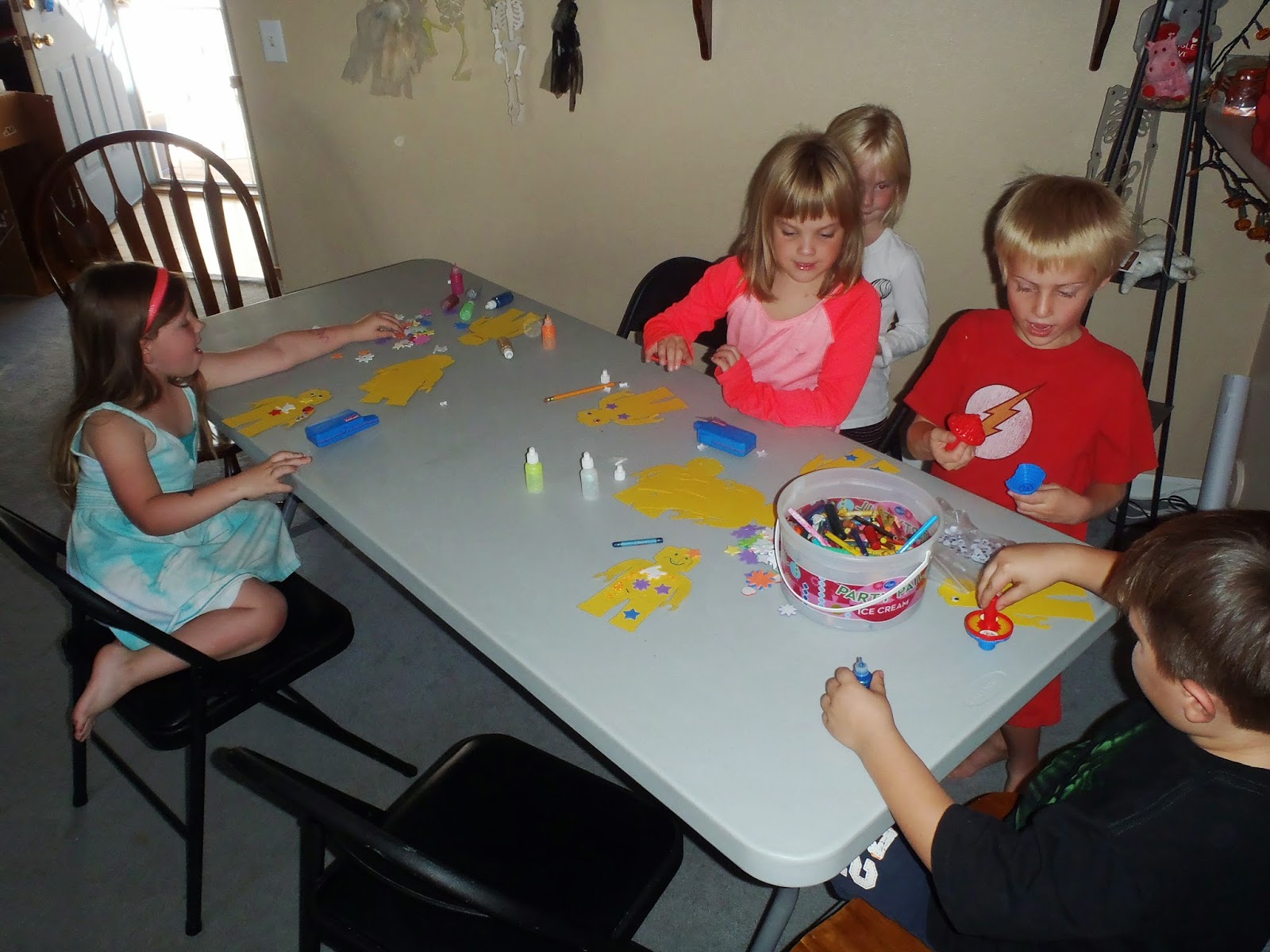 We started out by decorating Lego minifigures. 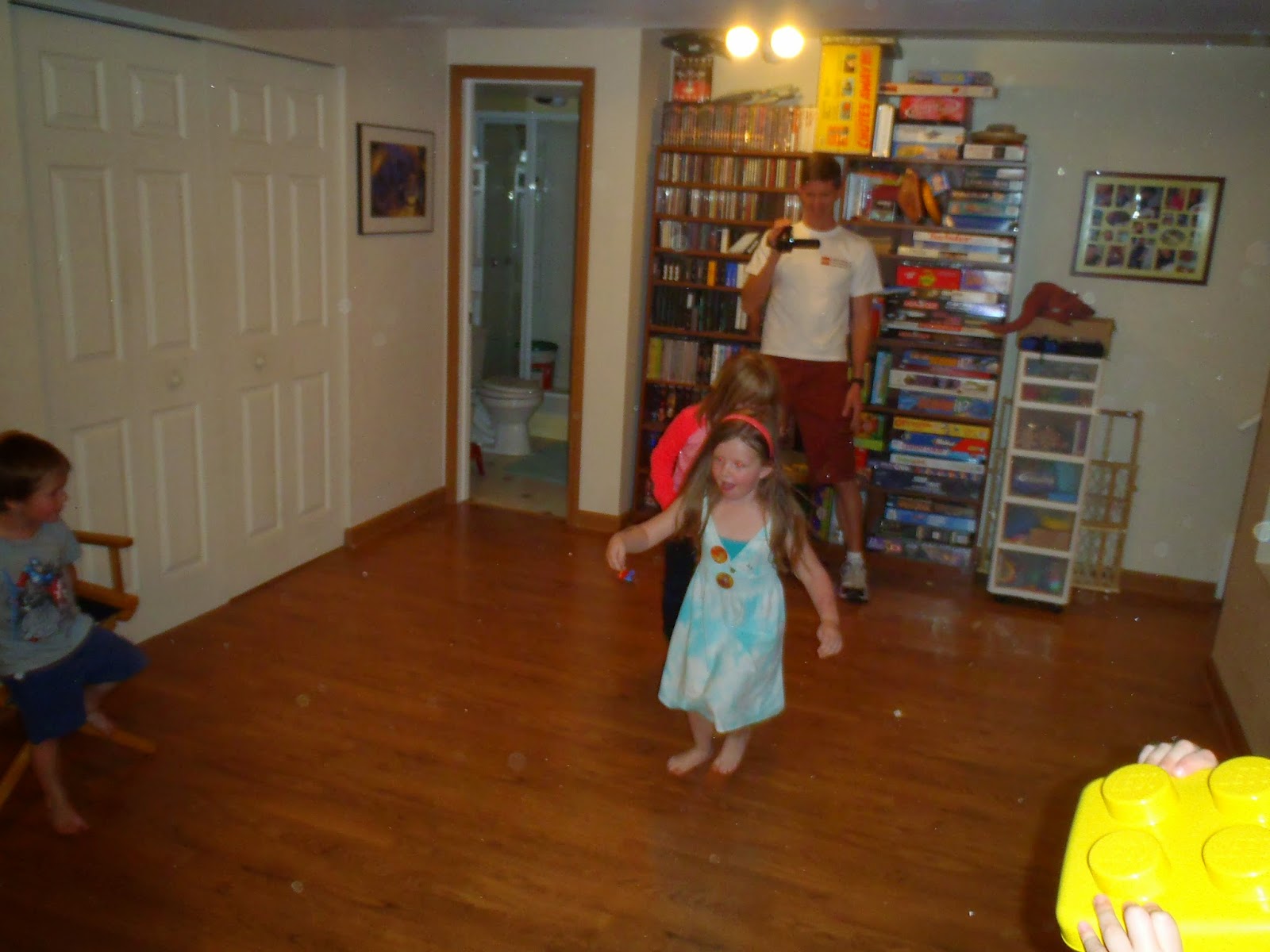 Then we had a “balance Legos on a spoon” race. 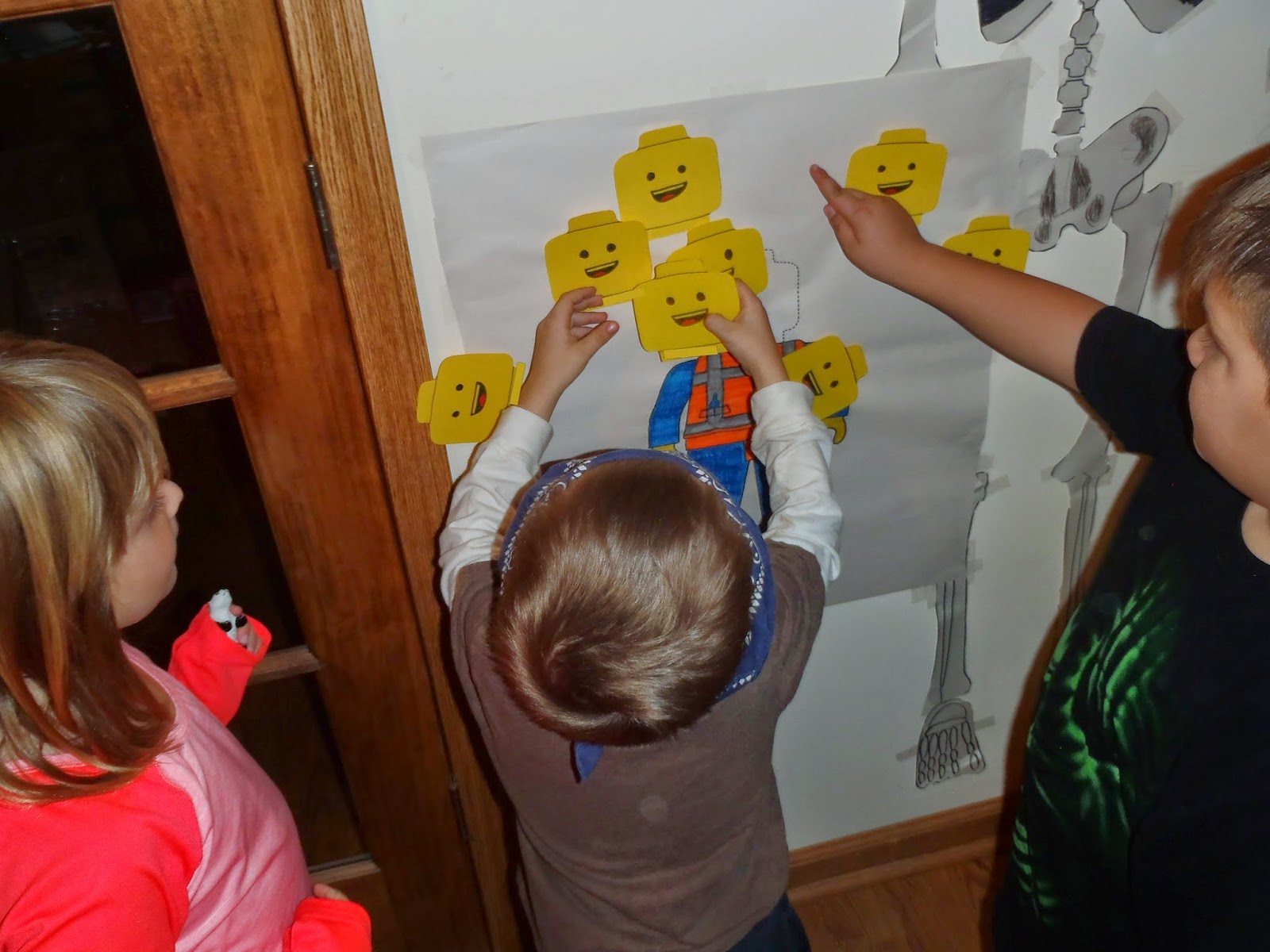 Followed by “pin the head on the minifig.” 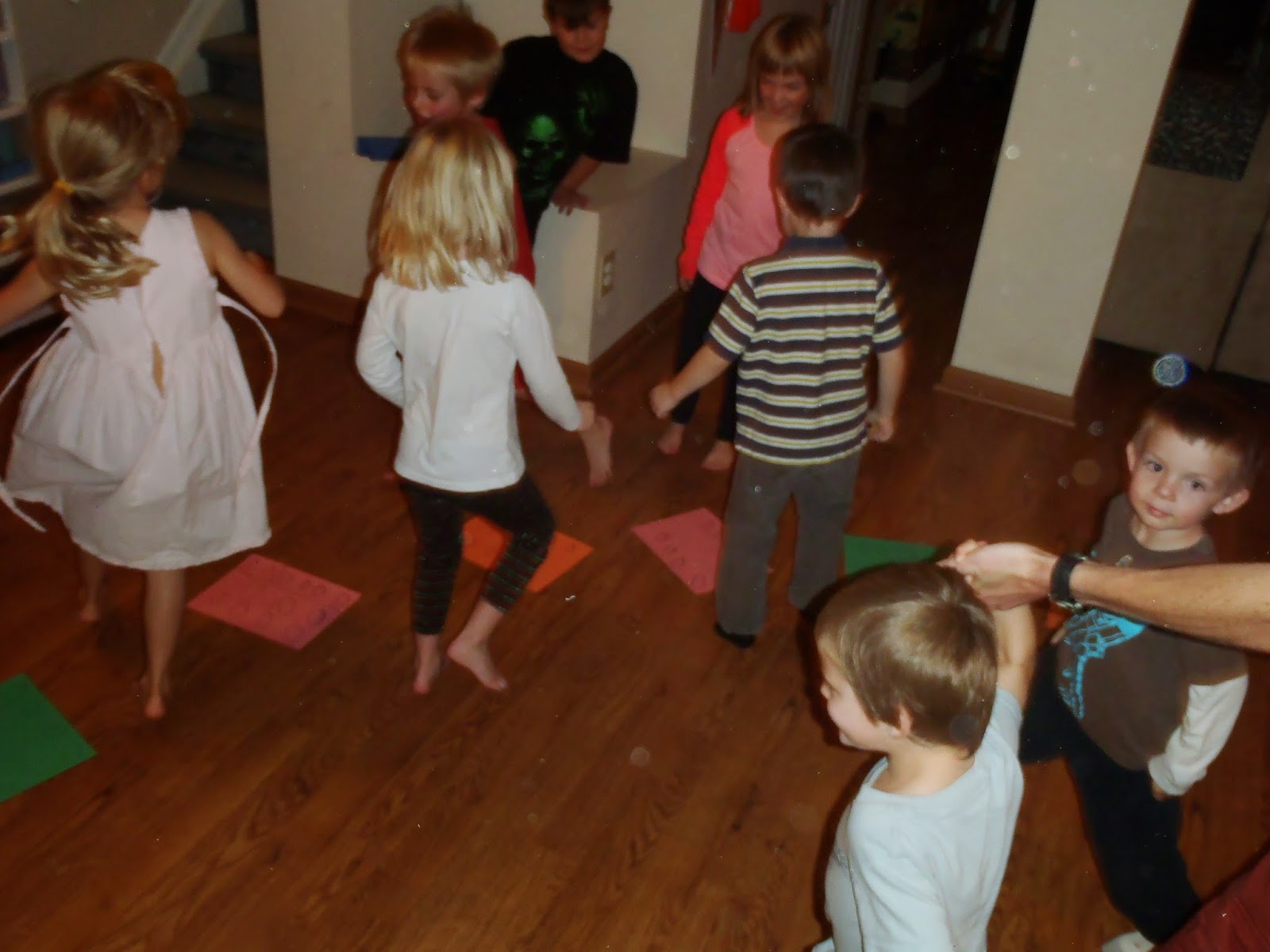 We played a variation of musical chairs, in which the kids danced to “Everything is Awesome” from the Lego movie, and then had to find a Lego brick to stand on when the music stopped. 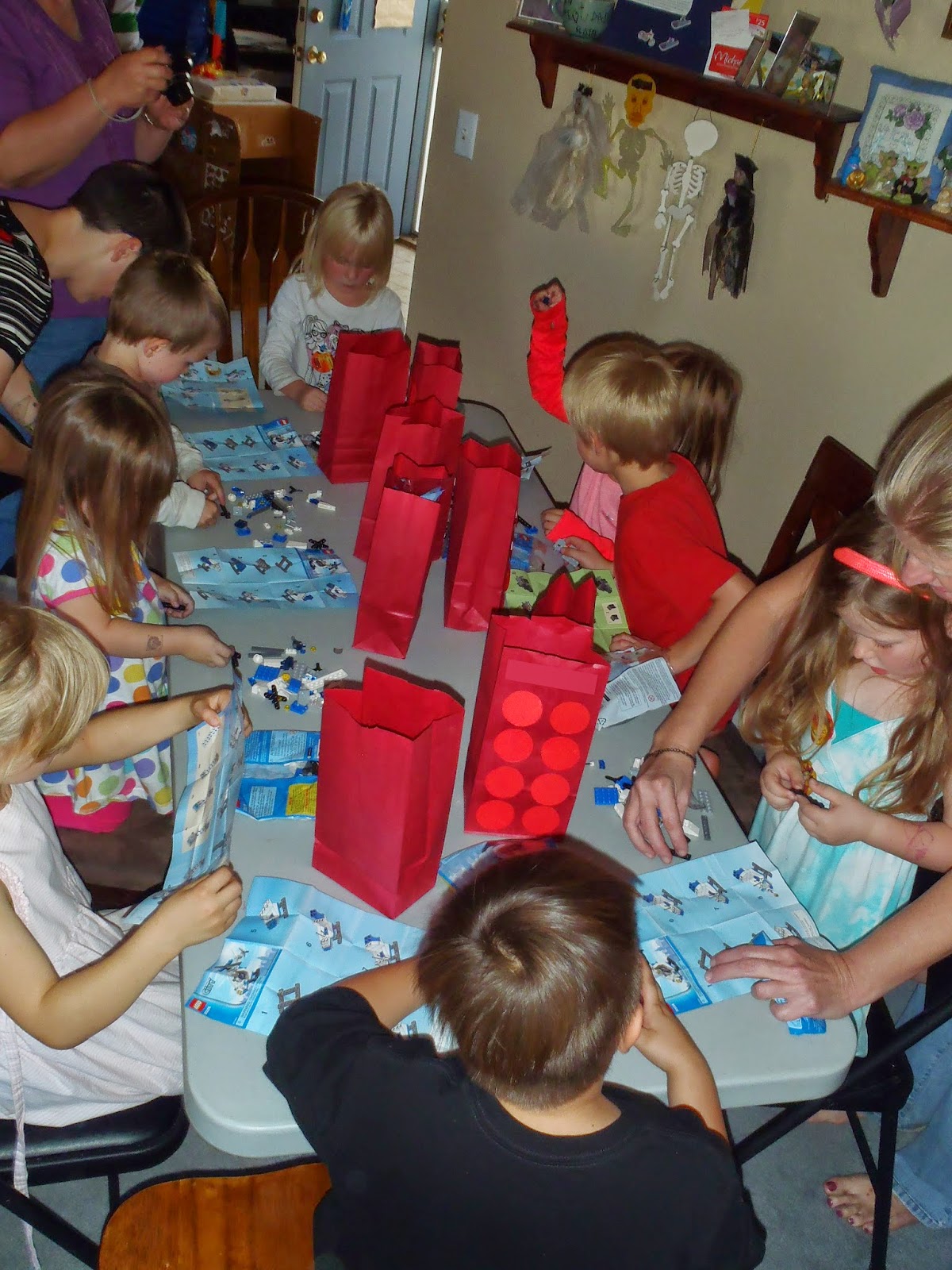 Finally, we took some time to build the party favors! 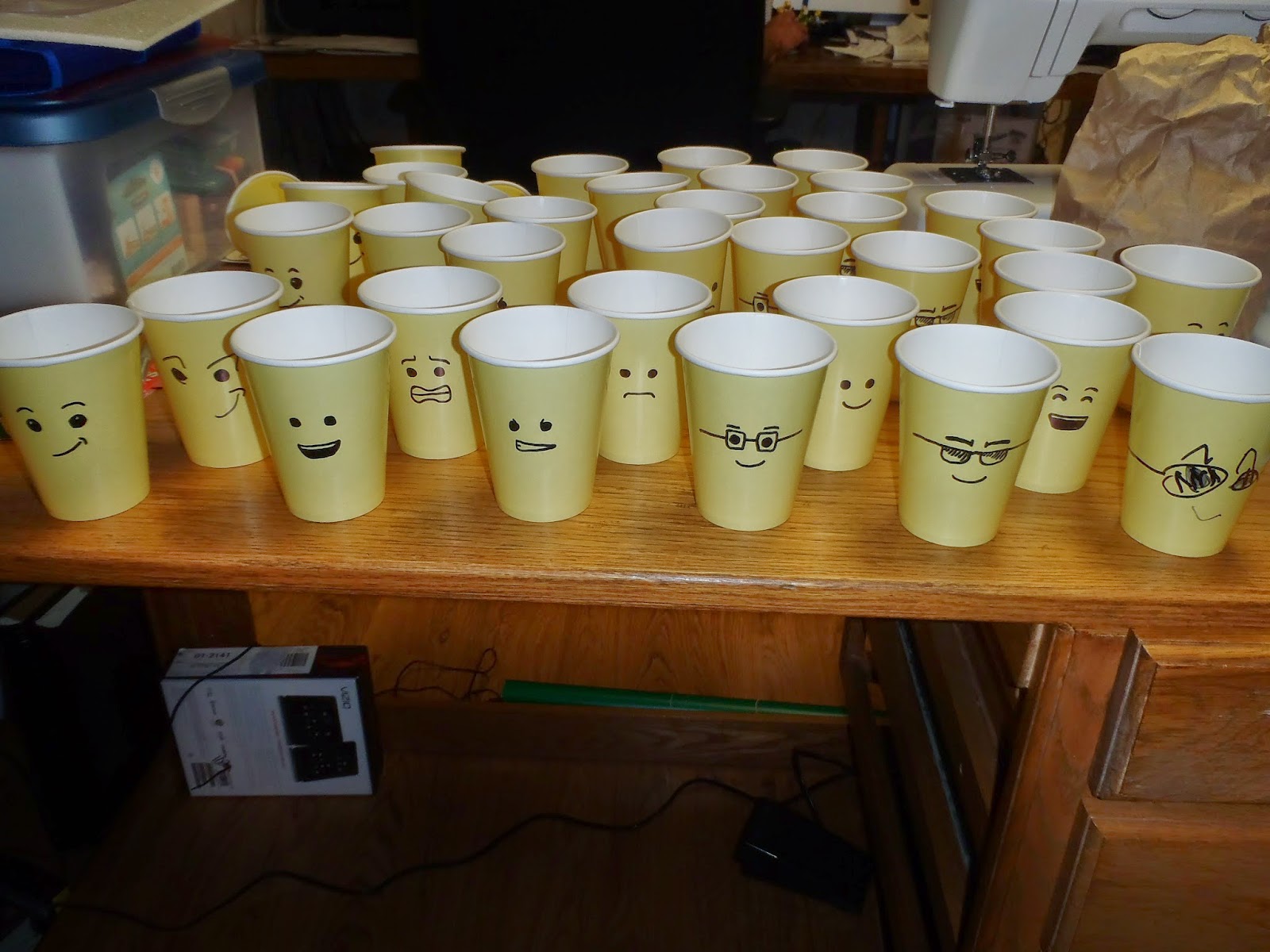 The cups were minifig heads! 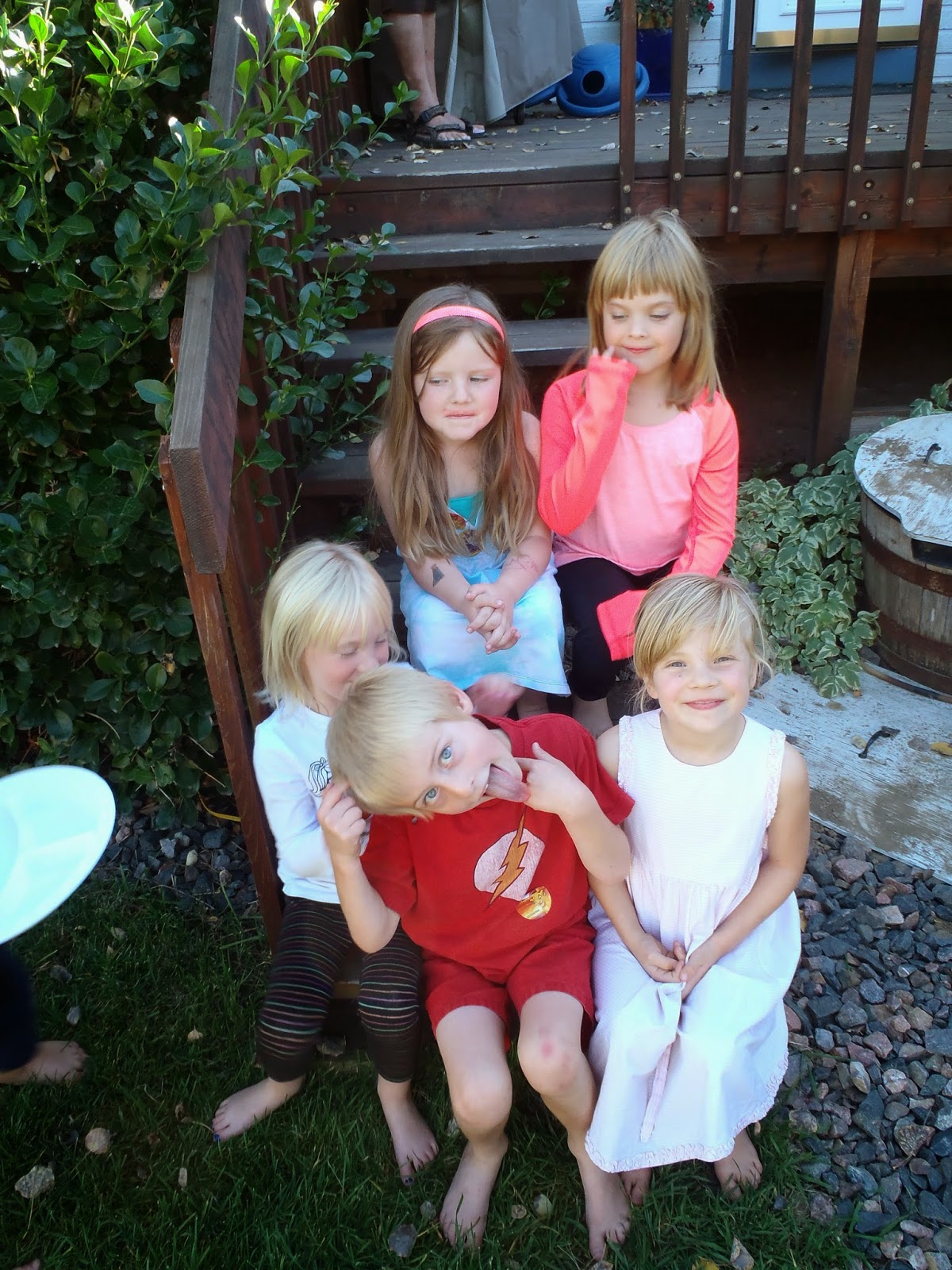 The birthday boy amidst friends.

And of course, since Zax is allergic to egg and peanut (and me to tree nut,) his cake had to be free of all of those allergens.

I have a bit of a masochistic relationship with birthday cakes.  We’ve known about Zax’s egg allergy since before he turned 1, so each and every cake I’ve made for him has been without egg.  Before I had kids, I was content to bake a simple cake, slap some frosting on the top, and call it good.  I made the occasional two-layer cake, but that was the extent of my decorating prowess.  But ever since having kids, I’ve felt the desire to make them into something creative and fun–and often very elaborate.  I consider this to be masochistic because of how easily eggless cakes fall apart, and how late I have to stay up to finish them.  But I persist, and I’ve learned a lot over the last six years. 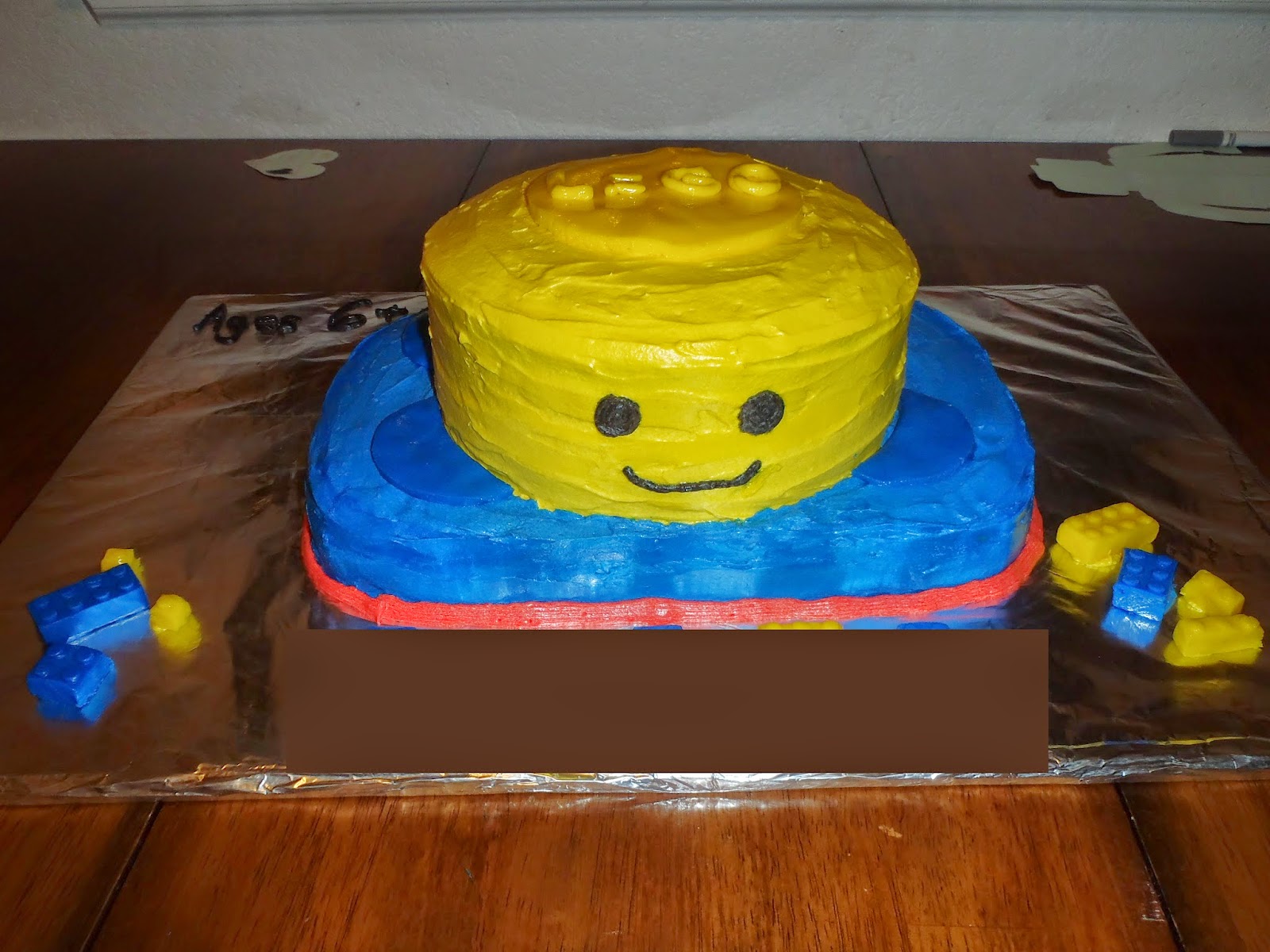 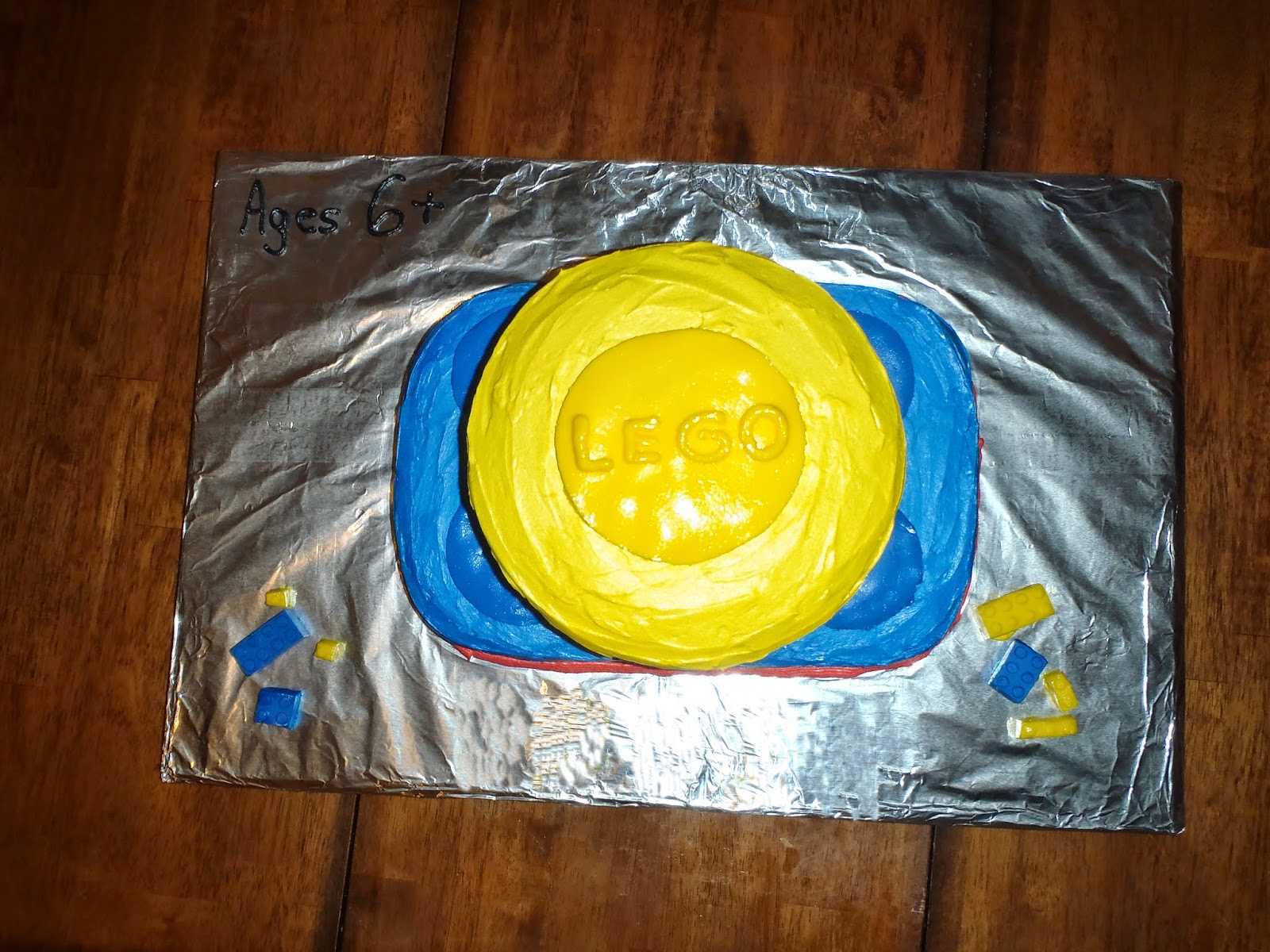 Free of egg, peanut, tree nut, soy, fish and shellfish (the last two are probably obvious with cake).  It would also be dairy free, if not for the frosting. 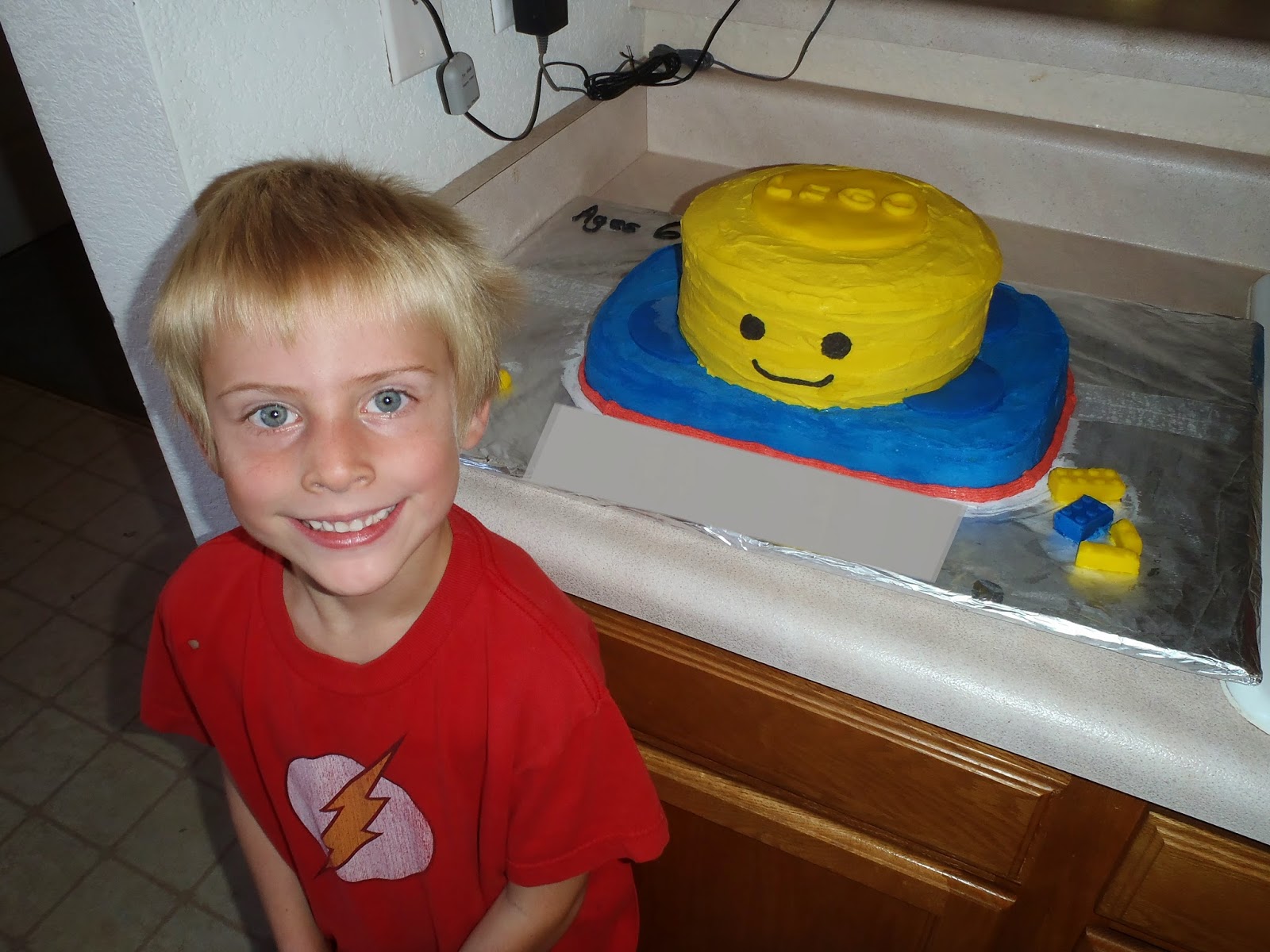 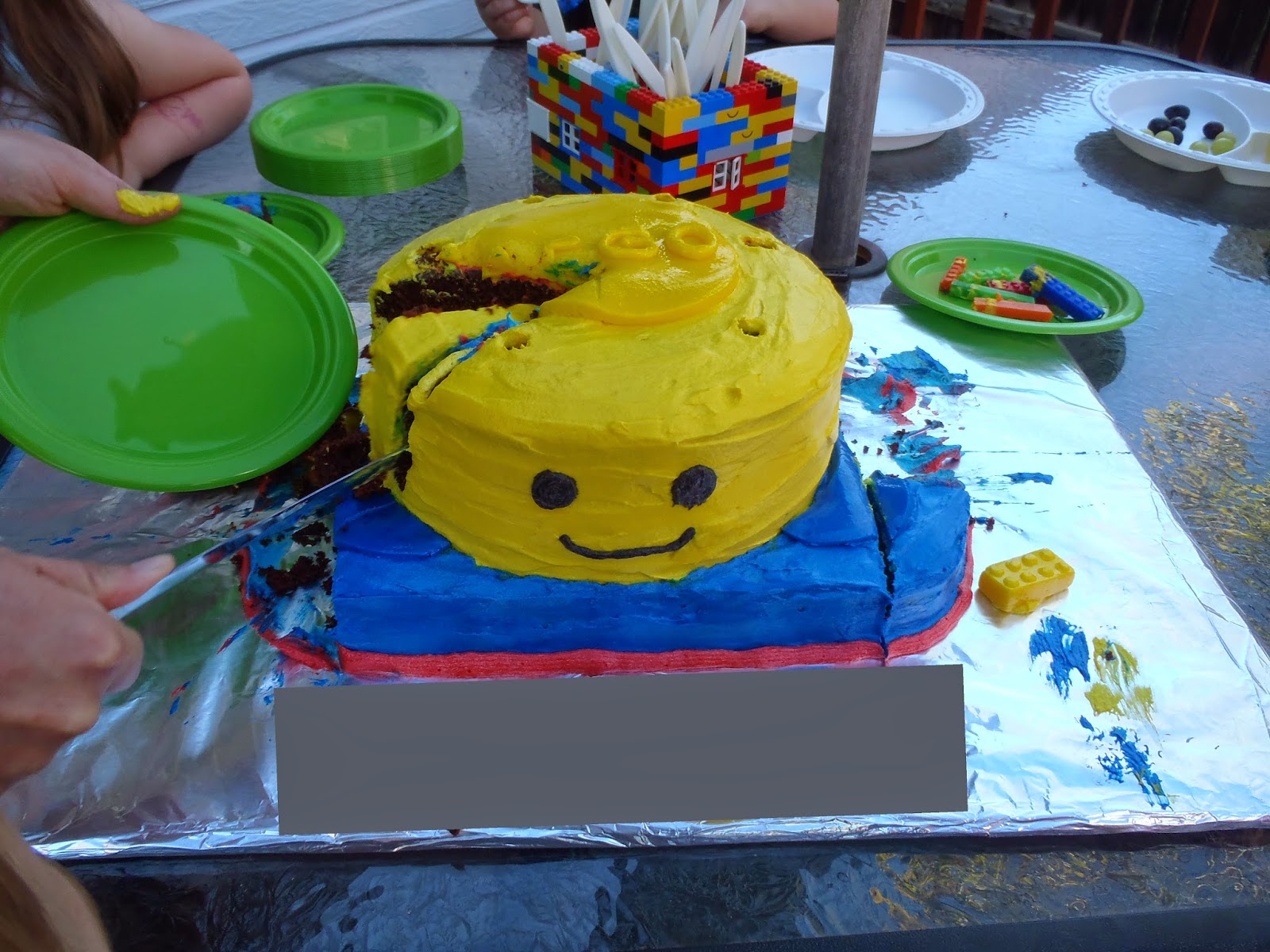 (If anybody knows of a good dairy-free frosting recipe, I’d love to see it!)

One of my friends has some kids who collectively need to be free of gluten, corn, and soy, so I made some cupcakes for them.  I made my recipe with Deby’s gluten free flour, and used Private Selection organic powdered sugar (which uses tapioca starch instead of cornstarch) for the frosting.  I wanted to put fondant dots on the top to make them look like Lego bricks, but there was no way around their allergens in the fondant recipe. 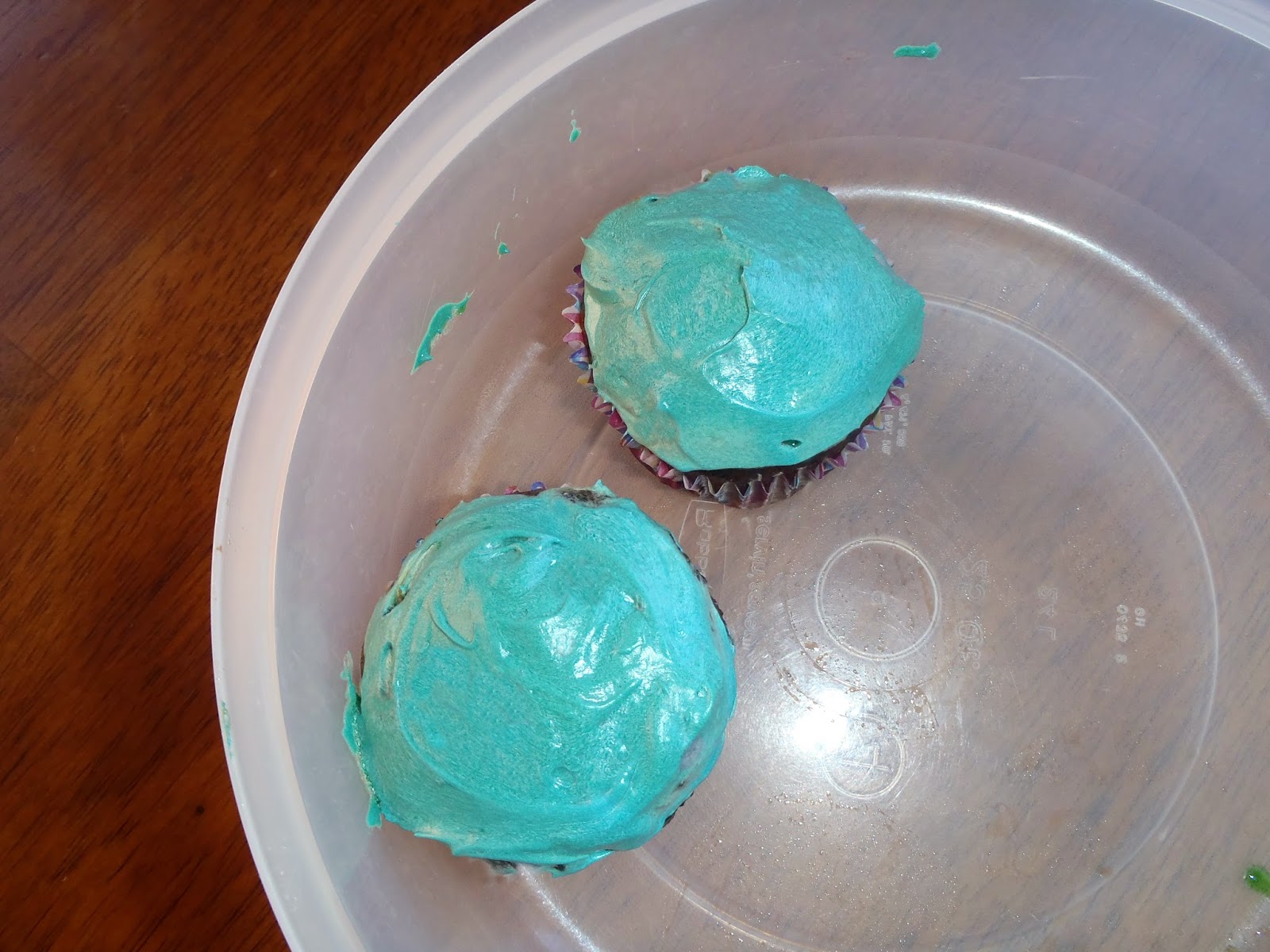 We had a great day!