Zax had a minor allergic reaction last night. And it was my fault. 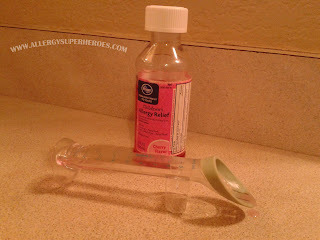 We’ve been baking without egg for basically his whole life, but recently we were given the green light to start feeding him baked egg. On top of that, we’ve entered him into a Clinical Research Study where we’ve pledged to feed him baked egg on a regular schedule.
Yesterday evening I was experimenting with a new bread roll recipe that had egg in it. The dough was so sticky that I needed help in the kitchen. I asked Zax to help me scatter some extra flour and get an extra baking sheet out. After he helped me, he pretended he was going to eat the rolls raw. I jokingly told him “no,” so instead he ran around me and licked the dough that was stuck to the counter.
Alarmed, I told him to stop, so he started scraping the dough off with his fingernails so that he could eat it that way. I managed to prevent this and sent him off to wash his hands with the admonition that the dough had egg in it, and raw egg at that. I asked if he’d actually licked it and he said ‘yes,’ so I said I hoped it wouldn’t be enough.
“For an allergic reaction?” he asked.
“Yes,” I replied. “Or salmonella.”
Sure enough, maybe five minutes later Zax reported that his throat felt funny. Benadryl resolved all symptoms within about 15-20 minutes, but still. Licking the raw bread dough. 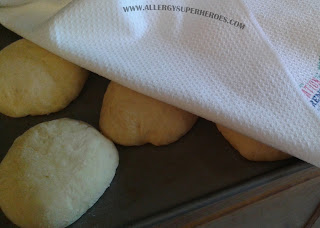 I realized pretty quickly that this was really my error. I hadn’t warned Zax that this particular dough contained egg. He’s used to his allergens being in the house (not touching someone else’s plate, etc) but he’s never before been told he can’t eat dough or batter. I don’t let the boys eat it while we’re actively baking, but since our baked goods never carry the threat of salmonella, my kids have never met a beater they aren’t allowed to lick.
Until now.
I honestly hadn’t thought about this risk in baking with egg until it happened. I also hadn’t expected him to want to eat raw bread dough–but then, I seldom make bread products so he probably didn’t realize it wasn’t going to be sweet like pastry dough.
Lesson learned.
I apologized to Zax over dinner, for not realizing this risk and warning him about the dough I was making. He didn’t seem too upset over it, for which I’m grateful.
And to top it all off, the rolls didn’t even turn out that great. Zax didn’t like them, which means I’ll be baking (with egg!) again today.
*sigh*

4 thoughts on “Don’t Lick the Dough!”