We believe that Zax gets migraines.
They haven’t been officially diagnosed, but we’ve got the family history and they certainly fit the pattern. A few years ago, we learned to medicate him at the first complaint of a headache, because if we don’t, we’ll regret it when the screaming and vomiting set in. 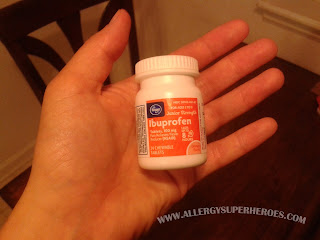 We’ve also wondered if these migraines are tied to altitude and/or dehydration, because just about every time we take a trip to the mountains, he complains of a headache–and several vacations have been less fun because that’s how they began.  I bring this up because Zax had a migraine yesterday when I picked him up from school.
The moment I saw him, I could tell that something wasn’t right. He told me his head hurt, and as I dug through my bag for his ibuprofen, I asked whether he had told his teacher. We keep ibuprofen in the nurse’s office for this very reason. He said he had told her, but she’d just encouraged him to drink more water. So of course I chatted with his teacher before we left, to make sure she understood that his headaches need to be treated right away.

When I asked if Zax had reported his headache, she said “No.” All he’d said was that he was thirsty, so she’d told him to drink water. I explained about his migraines, and that I’ll tell him to communicate better, but that he needs to get ibuprofen at the first sign of any headache. She seemed to understand migraines, and so I took my miserable child home.

Yesterday’s headache was a doozy, and Zax threw up in the car before curling up on the couch at home for a few hours. He definitely needed earlier meds.

Looking at both sides of the story, I think that what probably happened was that he’d said “My head hurts but maybe I’m just thirsty and need to drink more water,” …or something to that effect. Out of context, his teacher probably didn’t hear the first few words, and once she understood what he was saying, she just heard him report thirst. When I discussed it with Zax before bed, when his headache had, thankfully, resolved, he agreed that he’d probably said something like that. I told him that his teacher knows that he needs headache medicine now, so if he reports a headache and she doesn’t respond the right way, then she probably didn’t understand him. In that case, he should say it again, more clearly.

And then, of course, we started talking about his allergies in the same context. It occurred to me that the way he reports an allergic reaction may not always be clear to the teachers. Together, we discussed that if he reports a reaction and doesn’t get the right response (meaning anything other than sending him with a buddy to the nurse’s office) then he should say it again but make sure he says he’s having an allergic reaction.

Egg Allergies and the Flu Shot