Our kids had winter break until Jan 9, and we took a much-needed break too. We often haven’t been able to pay them the attention they deserve while starting a business, so it was great to focus on family time. But now we’re back and ready to spread Food Allergy Awareness in 2017!

A new year is typically a time for self-reflection, and I’ve been doing a bit of that over break. On several occasions, I’ve thought back on the reasons I began blogging about food allergies–mainly, that many of the attitudes I’ve seen on the subject are vastly different from my own.

This isn’t necessarily surprising–after all, the majority of people talking about food allergies online are parents who entered the world of food allergies when their children introduced them to it in grand and often terrifying fashion. Their fear (and sometimes paranoia) is understandable, but as someone who has known no life but an allergic one, I also know that maintaining that constant level of fear is not healthy. I strive to share both personal experiences and advice to the effect that food allergies don’t have to be paralyzing.

This community has been good for me, too. Even having grown up with food allergies, I haven’t always been patient with other people navigating them. During my early adulthood, I tended to judge people who weren’t as comfortable with allergies as I was. It took becoming a food allergy parent, sending my allergic kids to school, AND putting myself into the shoes of the people I met online to help me see the perspective of people who have not been living this life for as long as I have.

I still find attitudes that bother me though, and not just levels of fear that I attempt to soothe. I really get annoyed when I see people publicly getting self-righteous and aggressive about how to include their child, because that sort of behavior sets us all back. Before Christmas, I read an account from a fellow food allergy parent who was having a difficult time with classroom celebrations. Her frustration was valid, but in the comments she actually stated that she didn’t care about other kids’ feelings so long as her child was included. I chose not to enter into that discussion, but in my head I was wondering “how do I get her to understand that this is a big part of her problem?” If she’s always had a combative attitude towards the accommodations she requests for her son, then of course people are going to push back. It’s in our nature to defend ourselves when attacked, even if the attacks are purely cognitive. Therefore, if we get aggressive with others, they’re unlikely to see things our way. People may even resist accommodations that they would otherwise agree are reasonable, because they feel the instinctive need to fight back.

None of us exists in a vacuum. The food allergy interactions we have with others are party defined by their preexisting attitudes towards allergies, but they are also defined by the way we approach the subject. So often, the people I see complaining about the worst attitudes from others are the people who demonstrate the most aggressive approach to their child’s care. It’s hard to not get emotional when encountering ignorance and resistance in others, especially when our kids’ safety is at stake–but so often that just makes us do things that turn other people off and make the situation worse. So today, I’m offering some Food Allergy Parent Resolutions that may help us improve the quality of our food allergy interactions in the coming year.

We’re all prone to get emotional when our kids safety and feelings are at stake, but keeping a level head can work wonders when dealing with the inevitable food allergy clashes. I wish you all a hopeful, happy, positive, inclusive, and reaction-free 2017! 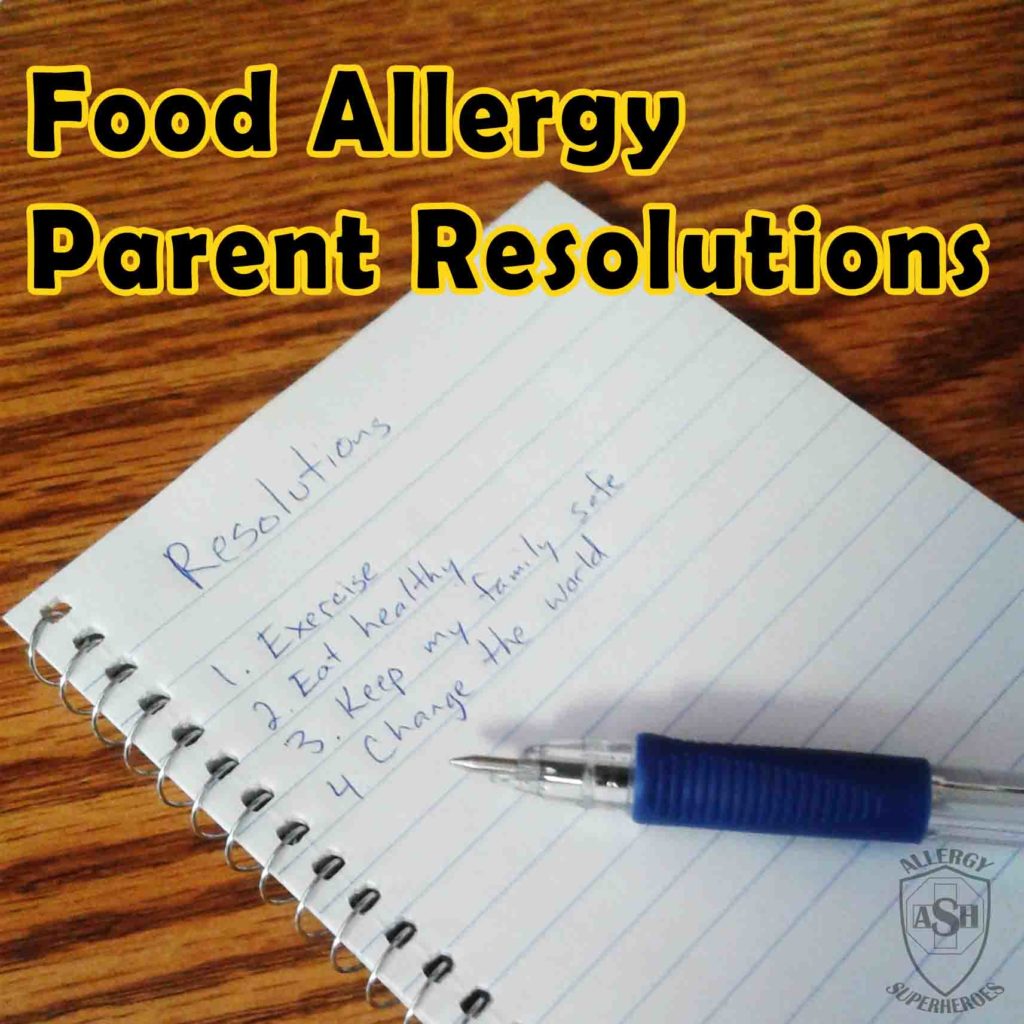 Take It and Make It Allergy Friendly