A few weeks ago, my mom sent me these articles:

This is an interesting concept.  If you don’t feel like reading the articles, the gist is that researchers have identified a class of gut bacteria, Clostridia, which, when absent from the bodies of mice, caused the mice to develop allergies to peanut when exposed in the lab.  When the bacteria was reintroduced to the mice, they showed reduced allergen levels in their blood.  In other words, these manufactured allergies were reversible, to some extent, with the reintroduction of the missing bacteria. 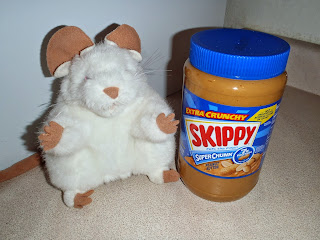 This class of bacteria is common in humans, and so researchers are wondering if heavy antibiotic usage (in an individual or at the population level) is wiping out these friendly bugs and making children more likely to develop food allergies.  And more than than, they’re wondering if reintroduction of Clostridia to allergic individuals could help in some way.
I found the first article to be more helpful than the second.  The first is from a scientific source, and so focused on the actual study and its findings, whereas the second clearly hyped up the findings for a more enticing headline.
This study left me with a lot of questions, but many leave a hopeful feeling behind:
Personally, I don’t feel that this is the cause of food allergies, or even of increasing food allergy rates.  I do think it is probably one of many contributing factors that make a person more prone to developing food allergies.
I’ve been hearing a lot lately about the “microbiome,” the community of microorganisms that share our bodies with us.  An article in Scientific American a year or so ago had identified a strain of bacteria (or maybe it was a virus, can’t remember) found in the lungs of healthy humans, but which is absent from those with asthma.  Every time it comes up, I’ve wondered if tweaking the microbiome, especially with reintroduction of its symbiotic members, might be the future of medical science.  And here is a study that aims to do just that!
What do you think?

Have a #HeartTealHeart Talk about Food Allergies at School