I had half of what I thought was a really great post written for you today, and then all my plans were thrown out the window. Hubby and I had hoped to do some exciting stuff for our business too, but that also was thrown a curveball. Instead of doing the things we’d hoped, we went to the ER instead. 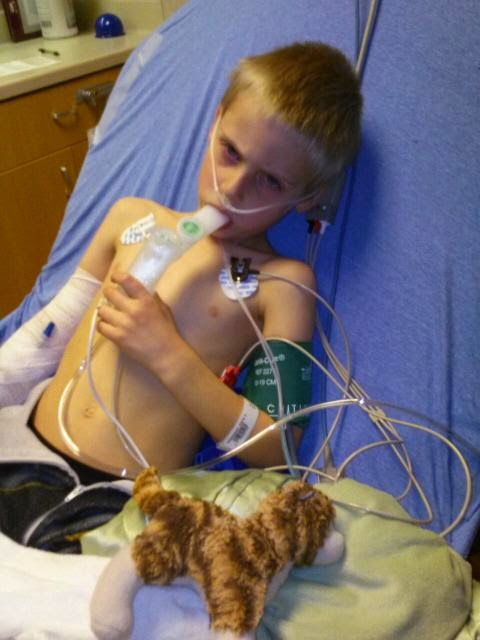 Zax started coughing Sunday night, but not overwhelmingly so. We figured he was getting a cold. He said he felt okay Monday morning, but rapidly slid downhill. A few hours after school was supposed to start, he not only said he didn’t feel well, but complained of a headache too.

Now, Zax sometimes get headaches that we figure are migraines. They haven’t happened frequently enough to see a specialist, but migraines run in the family and they seem to fit the pattern. During these headaches, he cries constantly unless he’s asleep, and just totally shuts down. Especially if we don’t get him painkillers the moment he first complains.

So that’s all we thought was happening, but Monday he just kept carrying on. Finally, he’d been crying for so long, even an hour after painkillers (which should have taken effect), so I started digging for more. That’s when he revealed that it hurt to breathe. I listened to his back, and definitely heard wheezing.

I gave Zax a dose of his brother’s albuterol in the nebulizer, and it helped. Shit, I thought. I mean, good that it helped, but I really felt down at that moment. I showed signs of asthma before my 2nd birthday, Kal started showing signs of asthma right after he turned 1, so I’d been hoping that Zax had dodged that particular bullet by making it to age 6 with no signs. Feeling depressed, I made mental plans to call our allergist’s office in the morning while finally feeding Zax and then getting the boys ready for bed.

Two and a half hours after Zax’s neb, as I was laying beside him in bed, I realized that he was wheezing again. He was also taking short breaths, and his breathing was making it impossible for him to settle down to sleep. It was too soon for another neb, so I briefly consulted my husband and took him to the ER. Not a moment too soon, either, because his breathing got worse in the car and he started his incessant screaming again. (Among other things, I felt bad about how long he had probably been in distress before I noticed. He’d had a headache, but it was secondary 🙁

I didn’t feel too horribly worried until we got to the ER and they raced him into a room after barely taking his vitals. It’s that bad? Oh shit! They gave him all sorts of meds, including magnesium-something in his drip, somewhere around 6-8 vials of albuterol, and even epinephrine. But the thing that scared me the most was the speed at which they worked. *shudder*

They got him stabilized and then looked for what might have brought us in. It definitely wasn’t anaphylaxis, he’d barely eaten anything all day. I’d been thinking enterovirus, but I was wrong. Apparently, that’s waning.

The culprit? The flu. “Influenza A.” And this, after his allergic reaction to his flu shot. It didn’t even protect him. According to the hospital staff, something has mutated or deviated this year, so the flu shot isn’t providing full immunity. Brother.

After Zax’s allergic reaction to the shot, the allergist had said that since his reaction wasn’t systemic, they would probably still advise getting a flu shot next year, they would just spread it out more. They’d put it in his thigh rather than his arm, because it’s a bigger muscle, and probably do a half dose in each leg.

I’ll be honest. I wasn’t sure what I thought of that suggestion. What if the next reaction was worse? At least I had a year to decide what to do. However, after seeing Zax hospitalized and struggling for breath from the flu, I will continue to get him a flu shot unless he starts having really serious reactions to the shot. Hopefully next year the shot will hit the mark again, and I’d much rather deal with redness and itchiness for a day than spend part of three days in the hospital, watching my child’s heart rate soar because of all the stimulants they’ve given him but still seeing that he has a long road to recovery.

I write this just before going to bed Tuesday night, listening to Zax breathe in the hospital bed. His respiration is slow and easy now, without the aid of supplemental oxygen. I’m thankful that he bounced back so fast. This afternoon, I went from consoling him, to simply being with him, to doing my best to keep him out of trouble. He took several unassisted walks and figured out the controls for the hospital bed (which occupied him for at least an hour.) 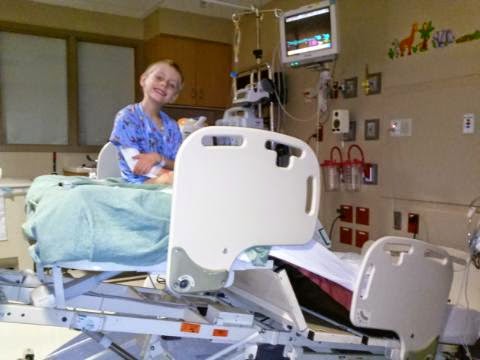 We’ll be heading home in the morning, hoping that hubby and Kal don’t get this (especially Kal, since his lungs are already compromised.) As for me? I laid in a bed and shared other close contact with my poor, sick child. I started getting symptoms Tuesday. Hopefully with early application of Tamiflu and aggressive treatment with albuterol and Flovent, mine will be mild (and not land me back in the hospital.)

Be wary of the flu this year! Get lots of rest and wash your hands a lot.

Egg Allergies and the Flu Shot

One thought on “The Flu”