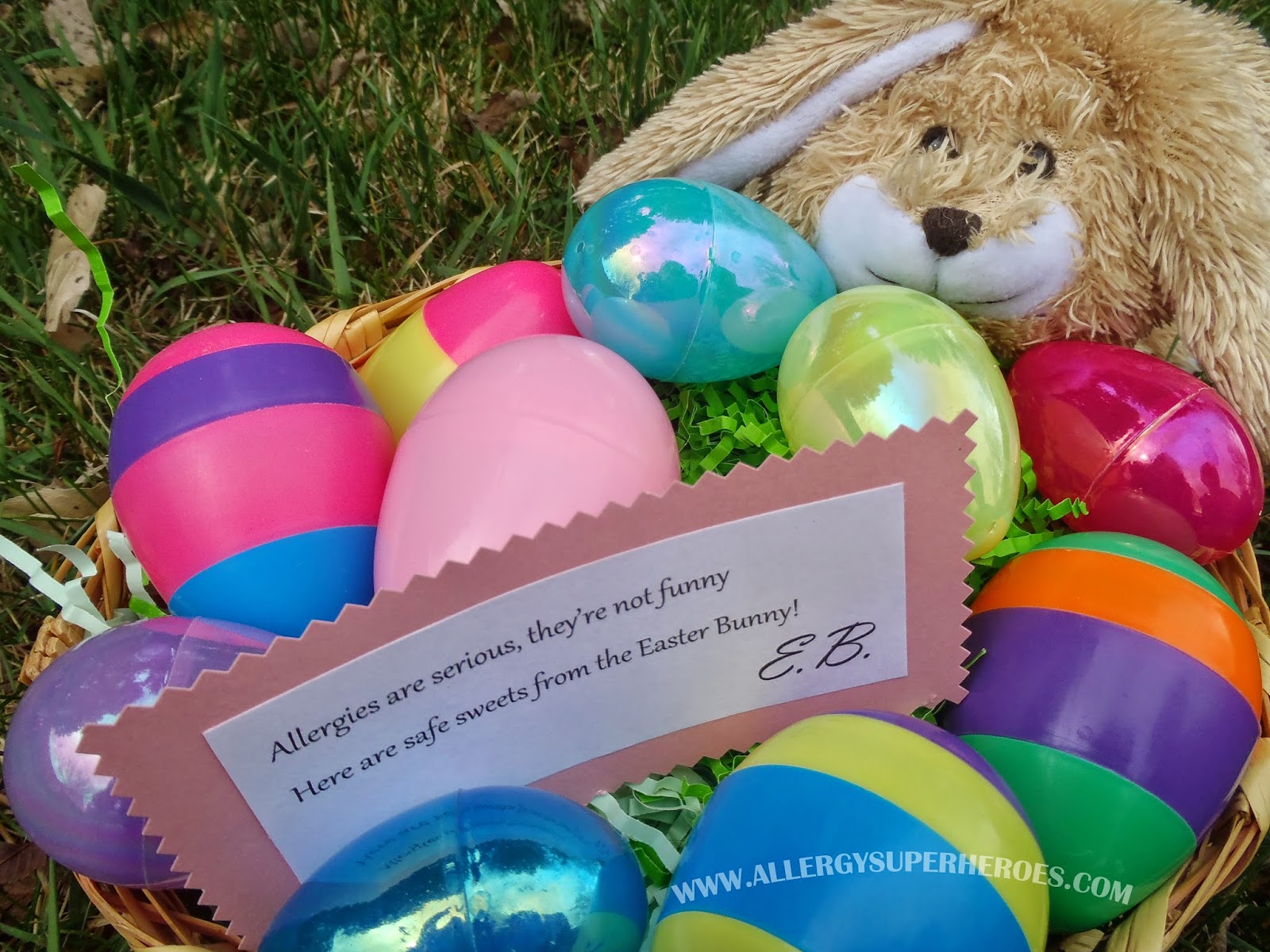 Our older son Zax is at the age where he’s starting to figure things out when it comes to holidays.  He’s very inquisitive, very logical, and has started putting some of the pieces together regarding the “magic” of the holidays.  Santa, the Easter Bunny, the Tooth Fairy… I have a feeling that none of them will be in his world for much longer.

When discussing Christmas in late November last year, Zax became adamant that reindeer don’t really fly.  “I know it’s true,” he would insist.  He came up with an elaborate story for how Santa gets around the world without flying reindeer, and I think his six-year-old idea of the size of the world is the only thing that kept him from figuring out the rest right then and there.  He questioned Mrs. Claus while we watched the Macy’s Thanksgiving Day Parade too, and to be honest, I was astounded that we made it through December without him figuring out Santa.

Fast forward to last month, when a leprechaun paid a visit to Zax’s kindergarten classroom.  While they were out at lunch, the leprechaun came in, made a mess, left painted footprints across the tables and smart board, and left some snacks for the kids (Lucky Charms, I believe it was.)  Zax said his teacher told him the leprechaun’s snacks were safe for him, and he took her at her word–but I was again surprised that he didn’t wonder how she knew that.

Thinking about the leprechaun naturally led me to the Easter Bunny.  We’ve always told the boys that they need to check before eating something, but I don’t think either of them has thought about it with regard to the Easter Bunny.  If anything, they probably assume the Easter Bunny knows what they’re allergic to.  I suppose I’ve encouraged that, because they’ve never seen me check the labels for Easter treats “delivered” to our home, nor told them to let me check the contents of the eggs scattered in our yard before they’re allowed to eat them.

But the older Zax gets, the more he pays attention to this sort of thing.  And when kids go to school and talk with their friends, they might learn that the Easter Bunny brings Reese’s peanut butter eggs to other kids.  So I started thinking of clever notes the Easter Bunny could leave to assure a food-allergic child that their treats are safe.

These are the results of my brainstorming: 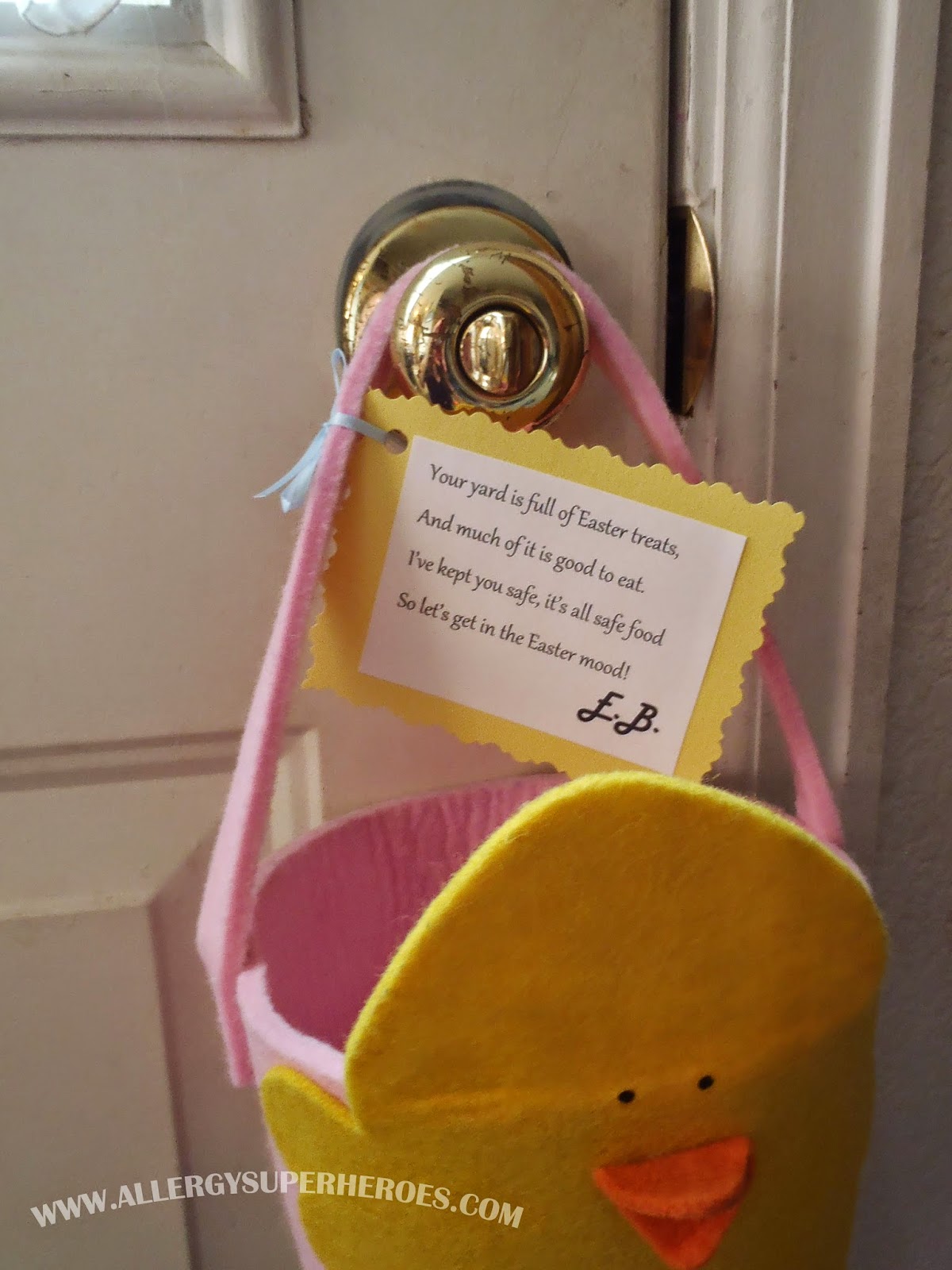 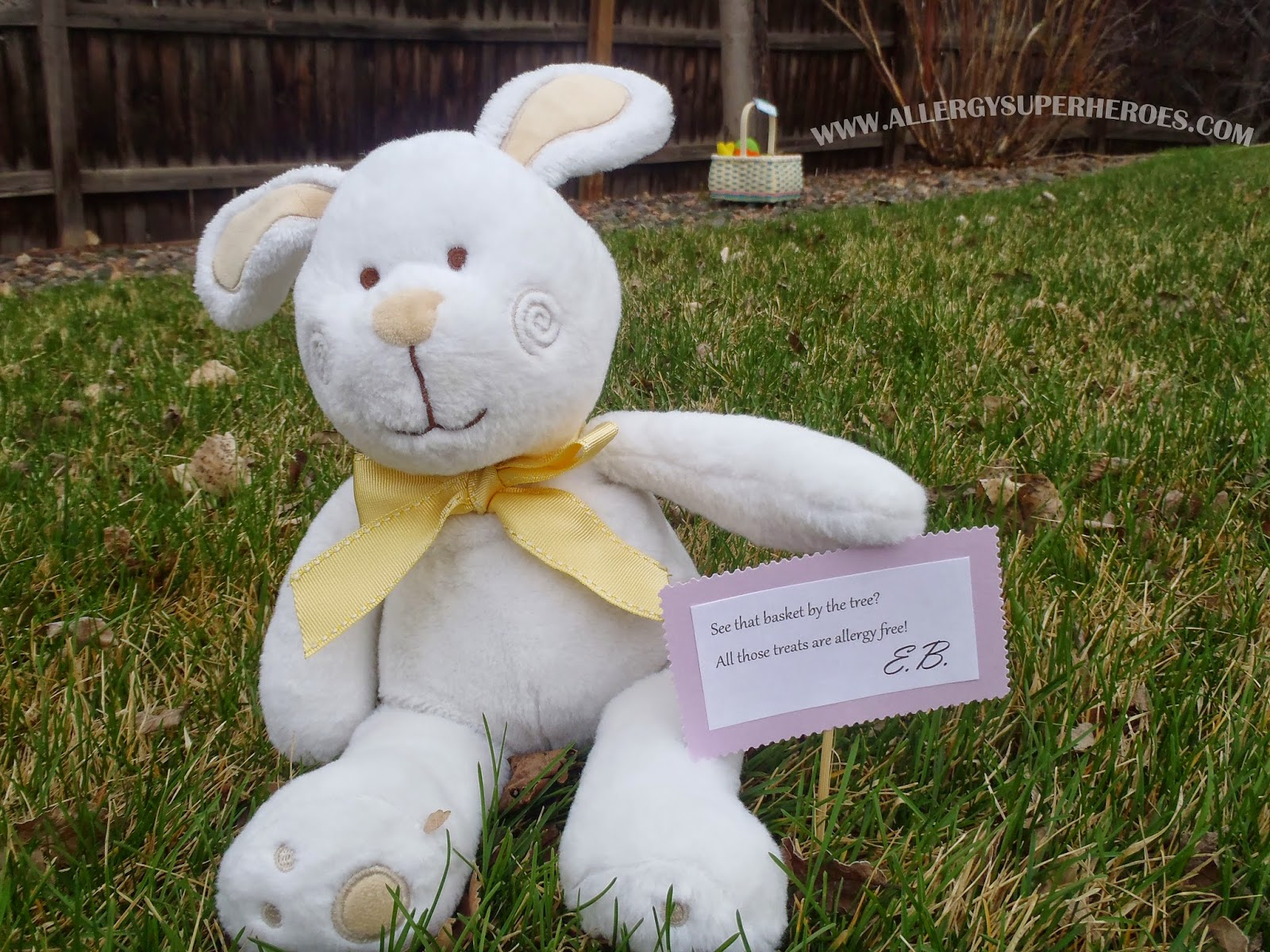 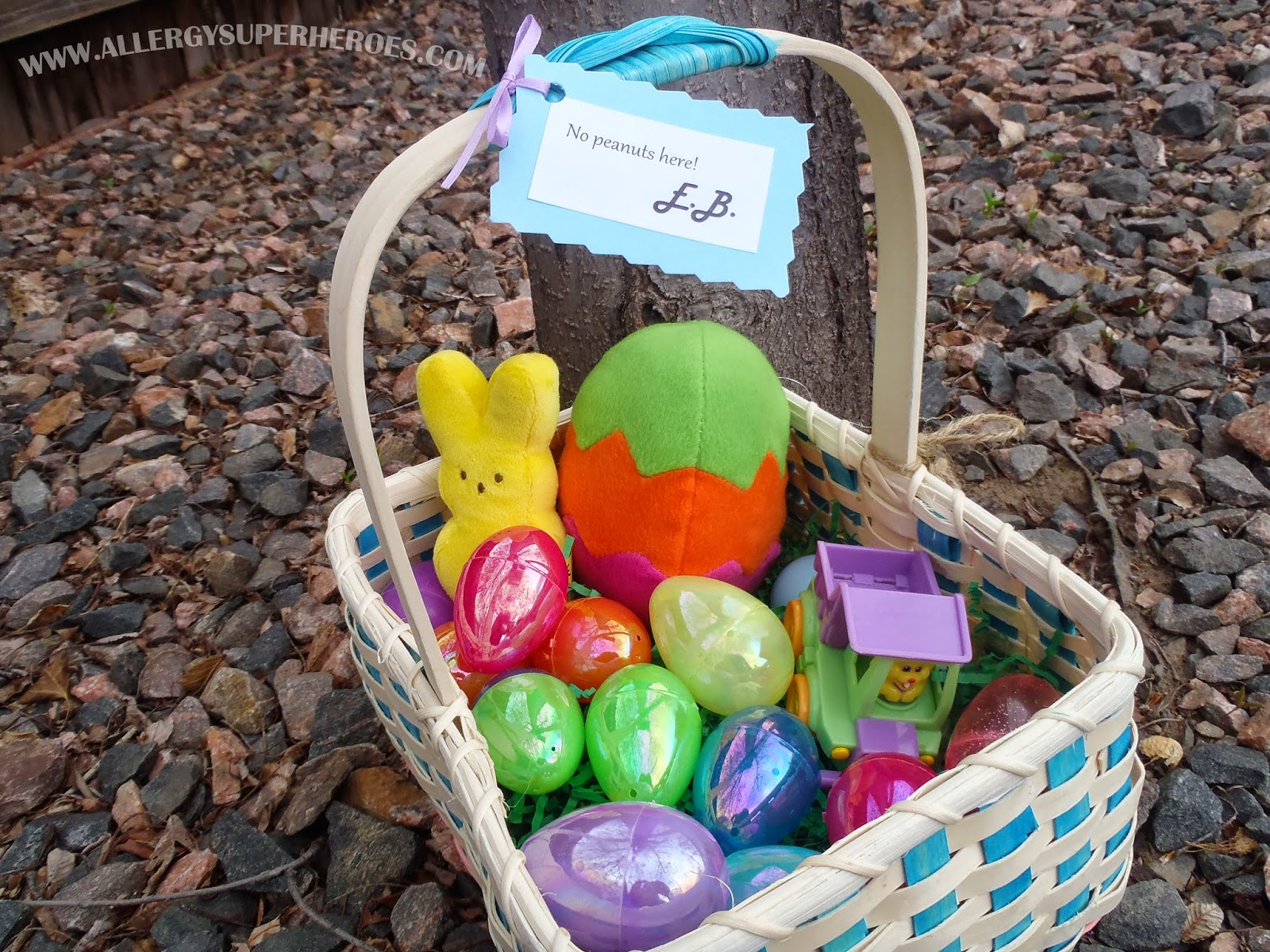 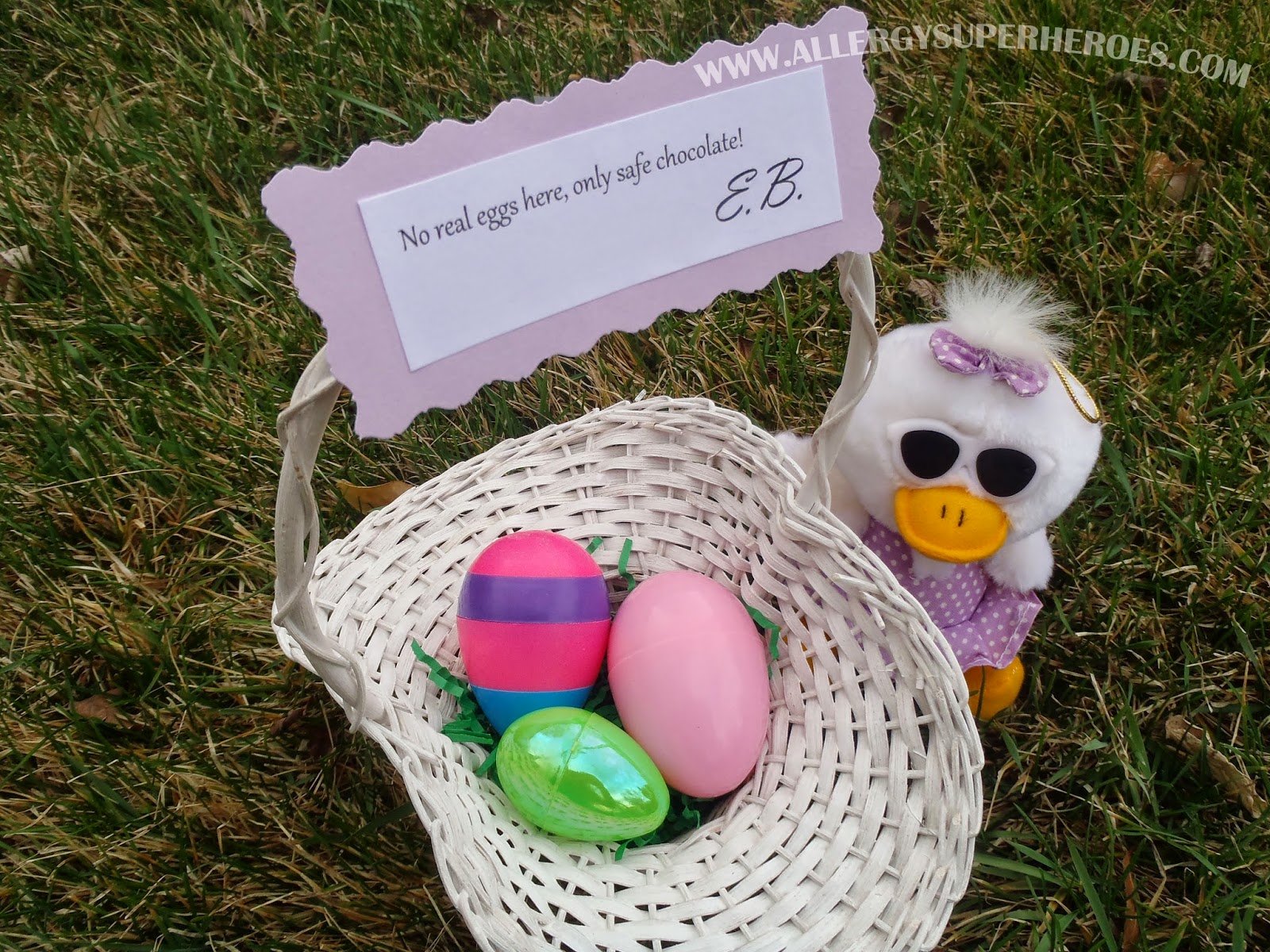 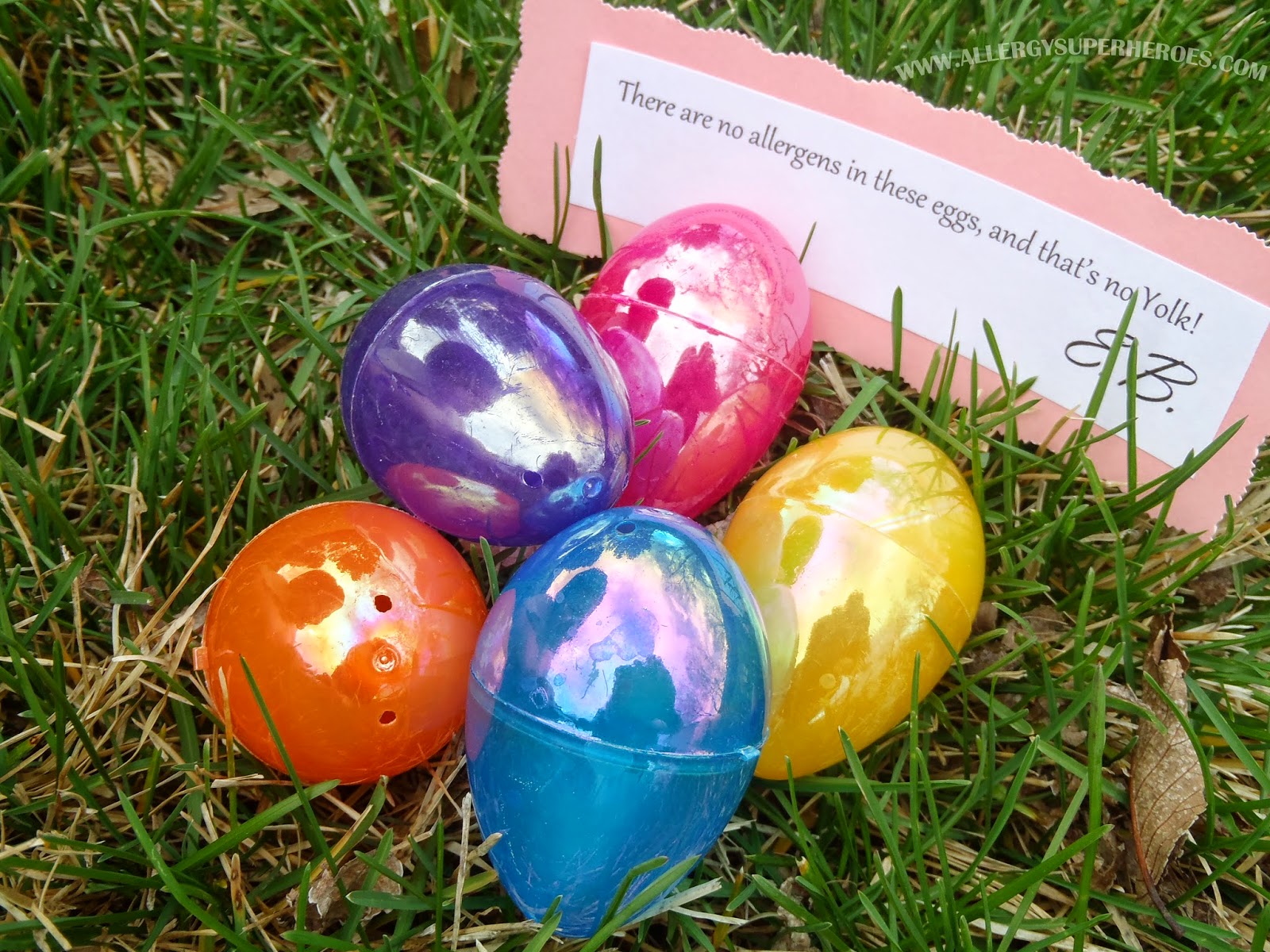 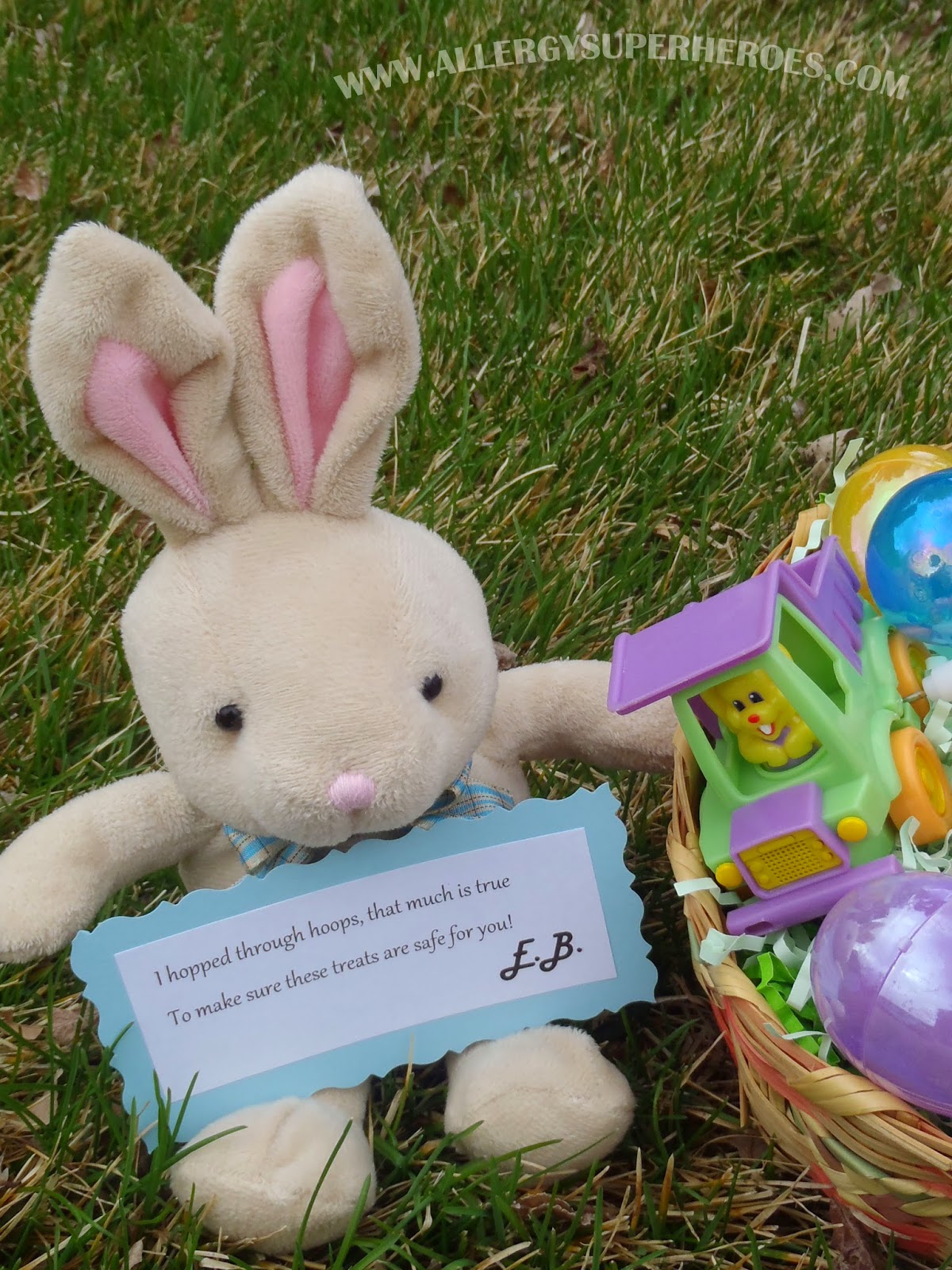 I got photobombed during this shoot.  Kal can’t read though, and I didn’t tell him what I was doing, other than pretending the Easter Bunny had already come when he hadn’t (hence the empty eggs.)  So hopefully I can still get away with using these on Easter! 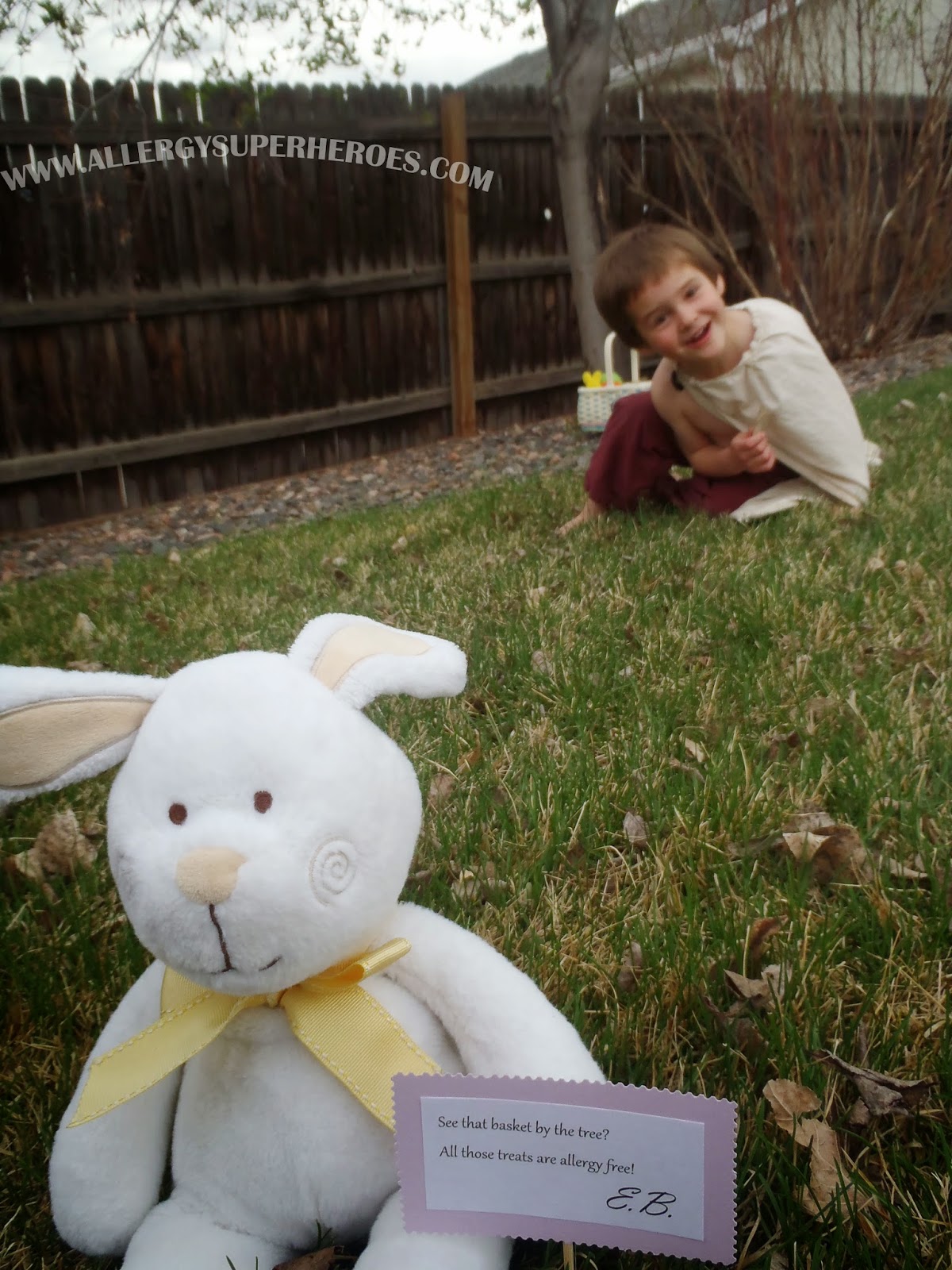 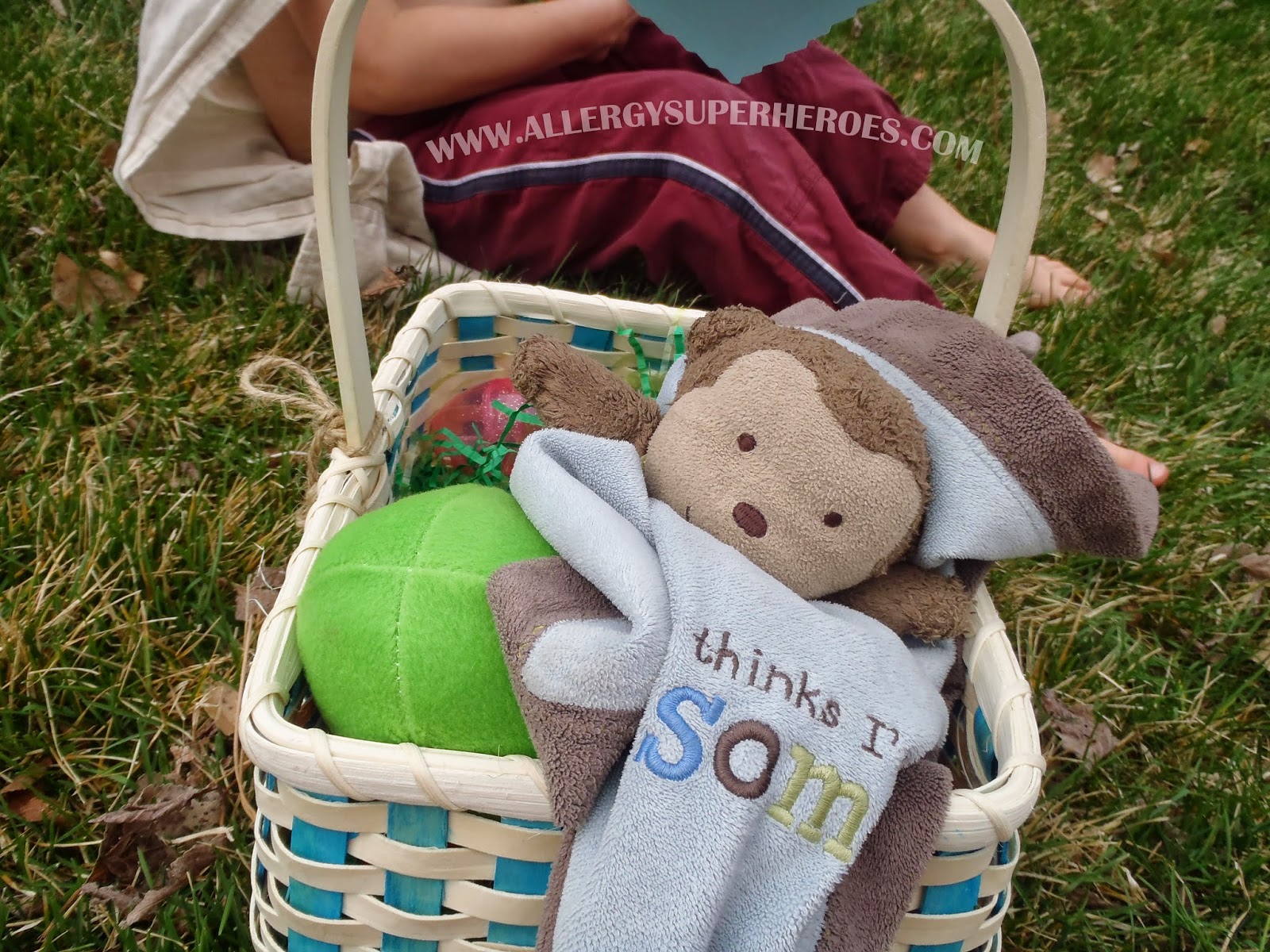 One thought on “Easter Magic and Food Allergies”