Here’s something I meant to post a few weeks back, when we were first launching.

Our Food Allergy Villains aren’t just snarling faces, they each have a history too! Let’s take a look at Jet Trail and Arctic Storm’s Rogue’s Gallery: 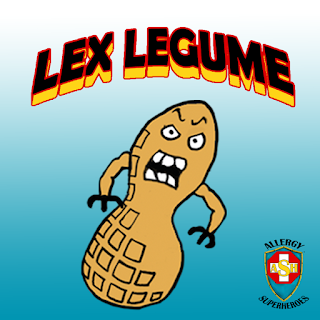 Lex was popular as a youngster, and quickly gathered worshippers around him.  Unfortunately, his lust for power didn’t stop at his peers, and soon he was hoarding money as well.
Lex became quite successful, but he was disturbed by the fact that not everyone loved him.  Then one day he discovered that a whole subset of the population was allergic to him.  He was a little nuts, so this discovery sent him over the edge.  He closed his businesses and turned to a life of crime, figuring that with all the peanut allergies, few would dare approach to stop him.
To this day, Lex is an illegal business overlord.  He’s quirky and a bit of a germophobe, as evidenced by the black gloves that he refuses to take off. 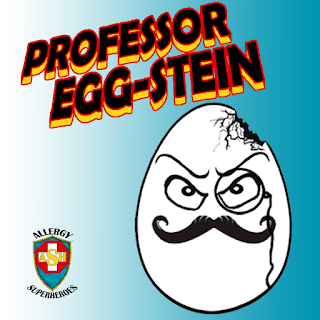 Professor Egg-stein was the result of an unfortunate accident involving his mother, his father, and a crowded henhouse.  While otherwise a human, Egg-stein’s head is genuinely an egg, and by sacrificing a little brain fluid, he has been known to threaten people with egg allergies.
The term “egg head” has been widely used as an insult against smart people, usually used by those who don’t study against the person who wrecks the grade curve.  Few people know that this term originated with Egg-stein.  While growing up, Egg-stein was teased relentlessly, not only for looking different but also for being smarter than everybody else.
Feeling that he would never fit in, Egg-stein became a criminal mastermind.  Few know it, but he is probably the smartest criminal in the world. 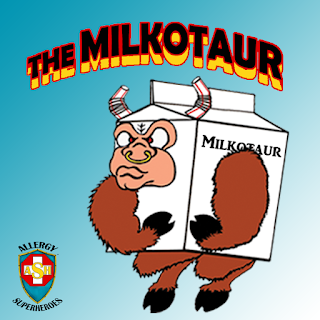 The Milkotaur
The Milkotaur took up residence in the legen-dairy labyrinth after Theseus killed the famed Minotaur.  For thousands of years, he demanded sacrifices of goat milk and goat cheese, which changed into cow milk and cheese as dairy farming evolved.  But as time passed and legends died out, his sacrifices were forgotten.  Enraged, the Milkotaur finally emerged from the labyrinth (after he found his way out) and he has been haunting the human race ever since. 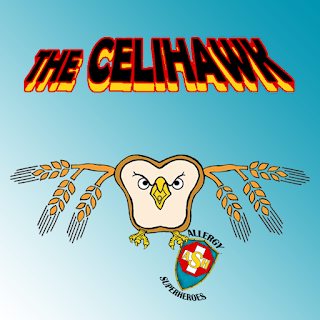 The Celihawk
The Celihawk is a genetic mutation, the unfortunate result of birds of prey feeding on rodents fattened with GMO crops.  Celihawks are still birds of prey, but they contain gluten in their DNA.  Another mutation is that the Celihawk’s eyes tend to be bigger than its stomach, so it is known to attack anything from rodents to large mammals.  One Celihawk isn’t too big of a threat unless you have gluten issues, but when a swarm arrives, it’s best for everyone to take cover.
Celihawks have a natural fear of  jelly, Sunbutter, honey, and many other substances commonly spread on bread, so if caught in the open and facing a swarm, grabbing one of these foods and preparing to turn the predator into prey is your best defense. 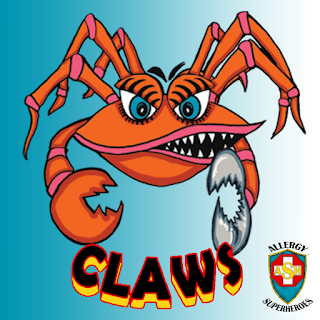 CLAWS
CLAWS started out life as an ordinary crab in the Bering Sea, until an encounter with a fishing boat changed her life.  She lost her left claw in a narrow escape, and the experience made her into an enemy of humankind.  She studied people, studied our ships, and learned how to escape us dozens of times over.
Time passed, and despite her disability she never succumbed to a crab pot or a predator.  Living such a long life caused her to grow to an unnatural size, and she’s still growing.  CLAWS learned from our technology, and made herself a replacement claw from scrap metal in sunken ships.
Crews on the fishing boats began telling stories about her, and when these legends reached her ears, she decided it was time to venture into the land of men.  She is the worst enemy of those with shellfish allergies.  If you chase her with a vat of melted butter, she may retreat, but whatever you do, you need to stay out of range of those sharp claws!