As I write this, it is way too late (or perhaps, too early) but I really wanted to get these pictures posted. I put them together based on how I feel about Mylan Pharmaceutical’s announcement that they will make a generic of their own EpiPen.

Feel free to share! These are also available on our social media. 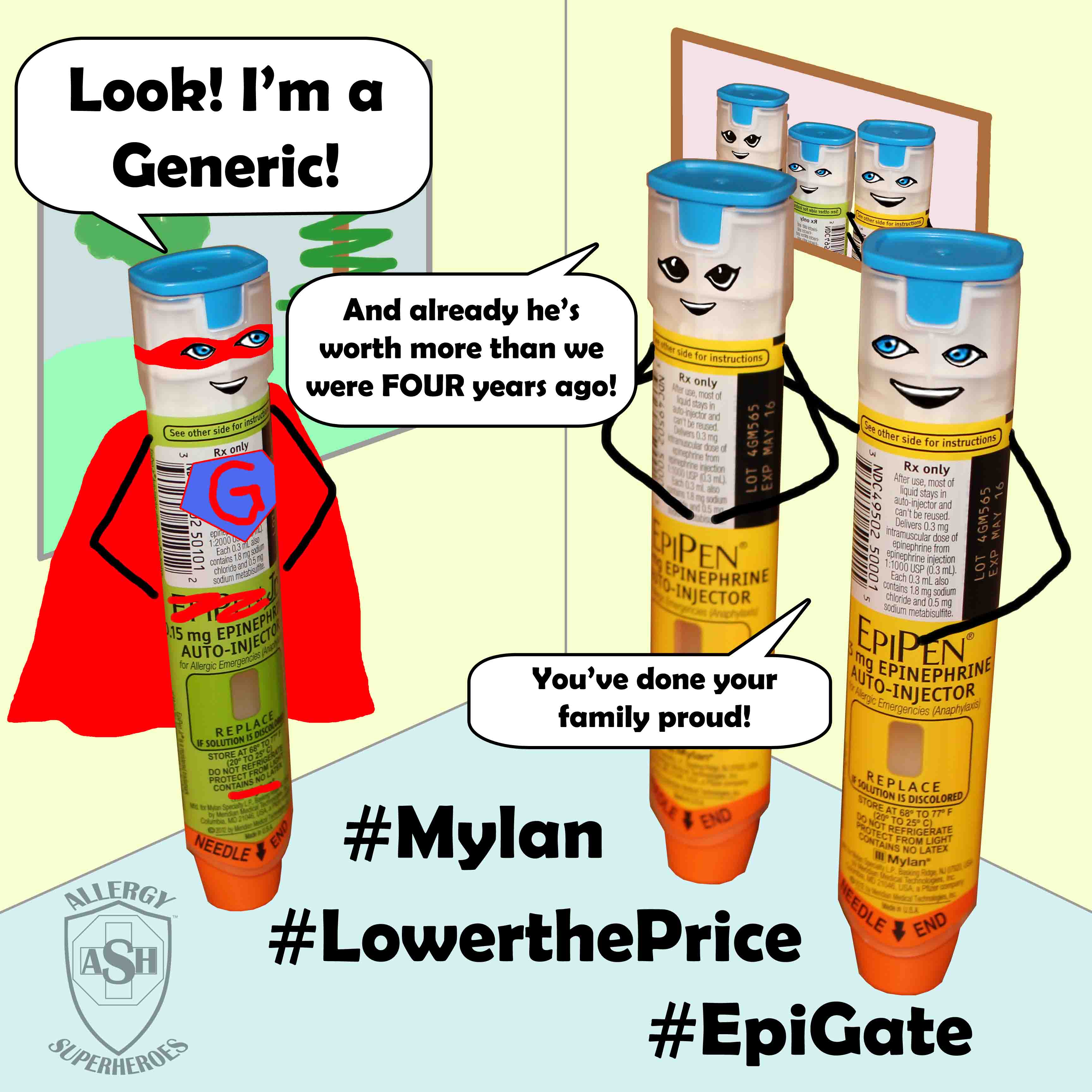 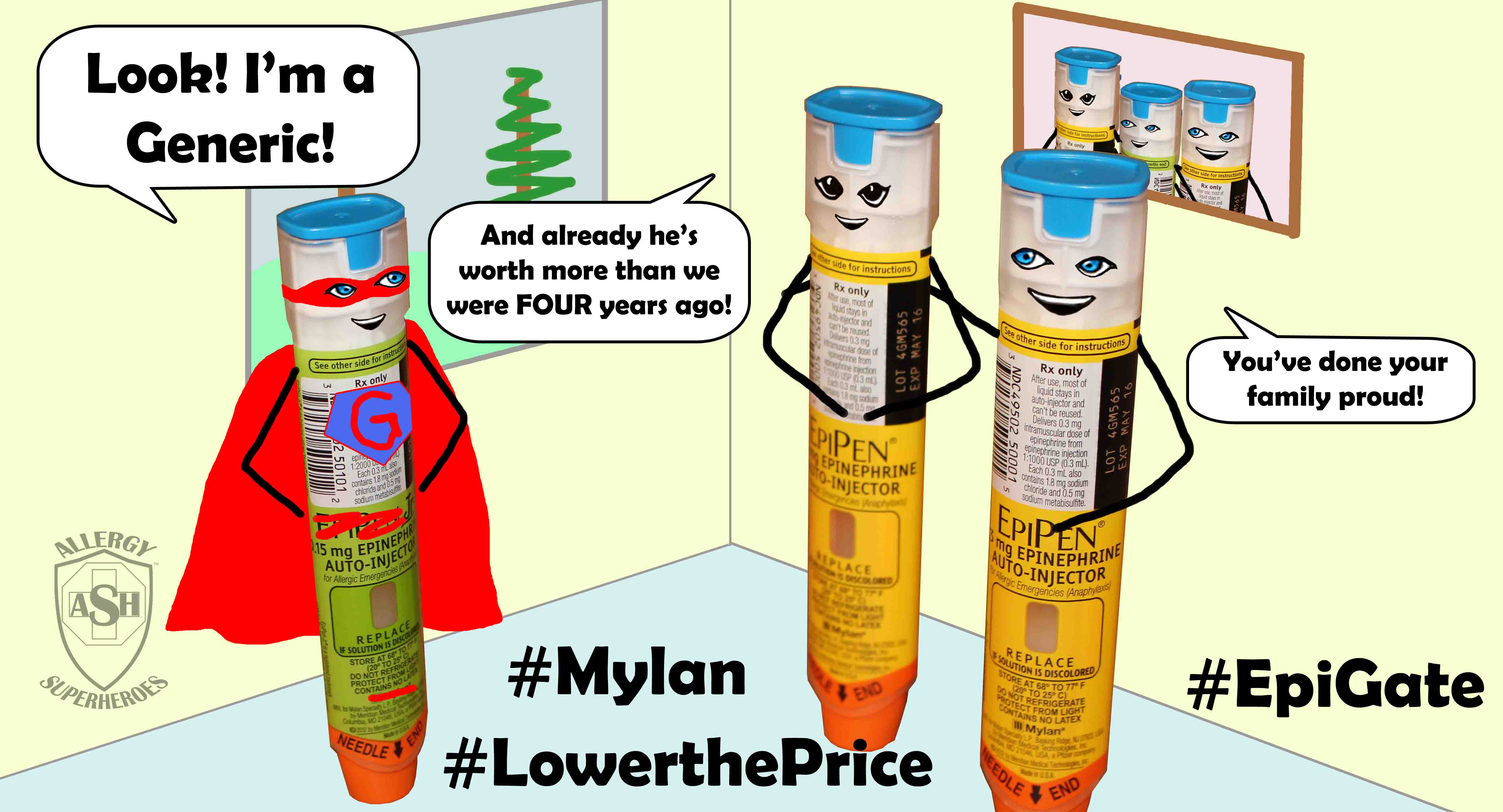 Honestly, this generic thing just feels wrong. Clearly they could lower the price to at least $300, but they’d rather pay the extra money for new labels and whatever else they have to do for generics, because they just can’t bring themselves to do the right thing and lower the price. The company will take a huge hit either way, because before long nobody is going to buy the name brand anymore–why would you, when the generic is half the price and is the EXACT same medication AND dispenser? There may be some fumbling at the beginning, but you know almost all insurance plans will require subbing the generic before long. So if they’re conceding to public pressure, political pressure, and admitting (implicitly) that they shouldn’t be gouging people for a device that literally means the difference between life and death, why not just lower the damn price?

I also have a problem with where they’re pricing the generic. Generics, by definition, are supposed to be cheaper. And while this is cheaper, it’s still priced above where they were just four years ago. (Here are my prescription record pics again, for reference.) 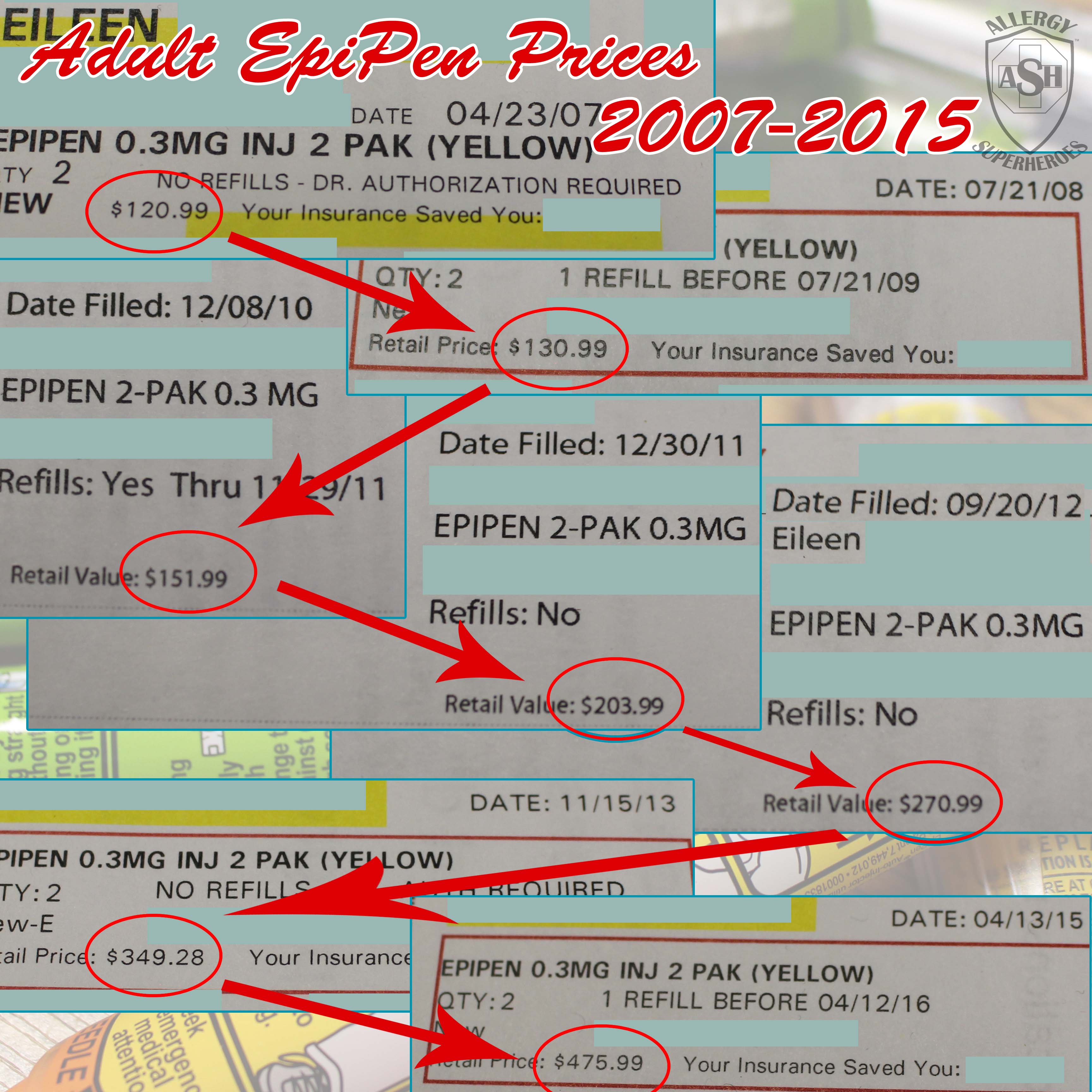 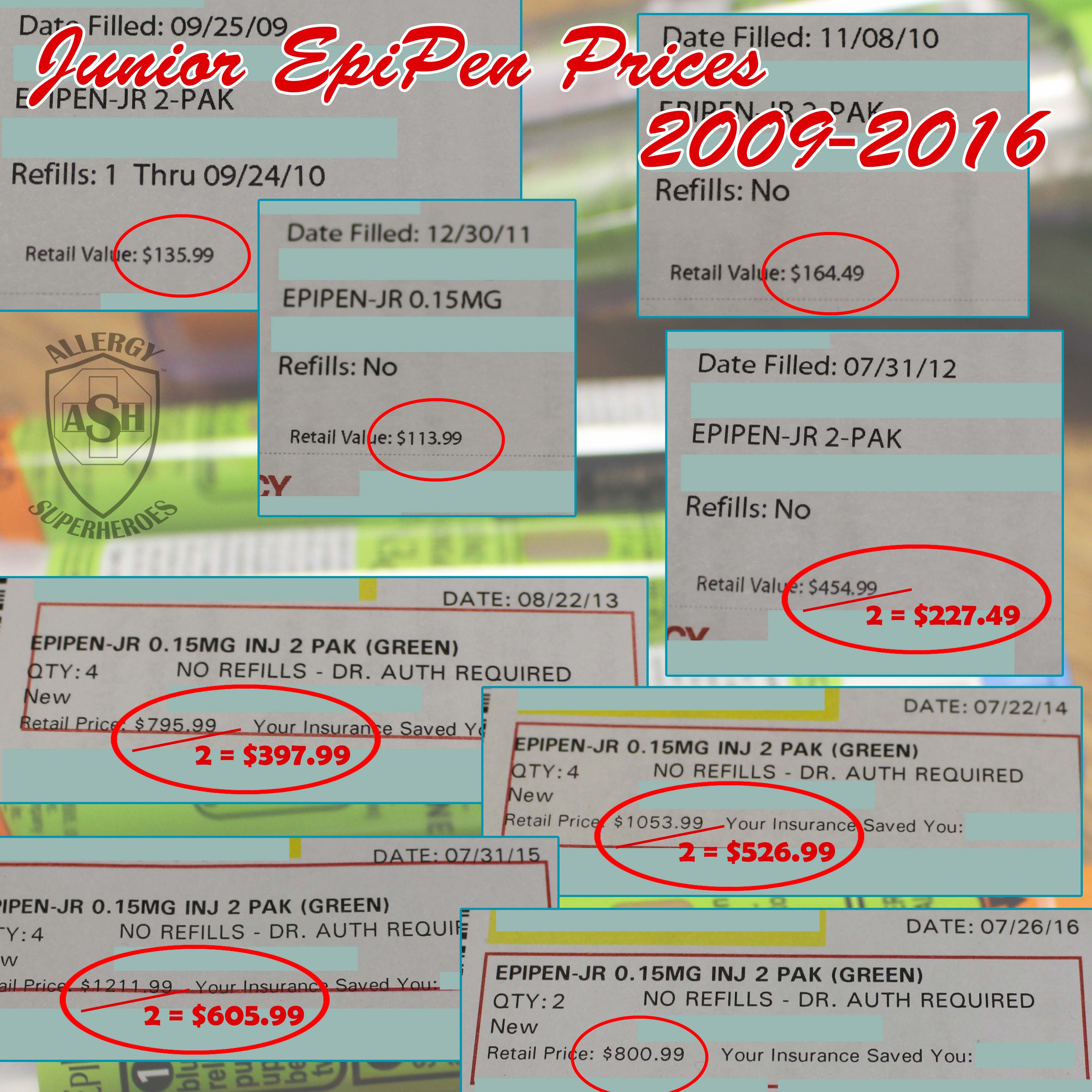 And I guess Adrenaclick is already doing it, but is it really okay for a company to make generics of their own drug? Isn’t this a conflict of interest? And they’ll have this generic ready in a few weeks? Doesn’t that seem like a mighty fast timeline? Like this was lined up already or something? Or am I just getting too skeptical now?

I DO hope that this new option helps out many people who have been struggling to pay for life-saving medication. But I wish Mylan could just be honest and stop playing PR games.

What do YOU think?

The High Cost of Epinephrine

The Faces Behind the Auvi-Q

How Auvi-Q AffordAbility Works: The Nitty-Gritty