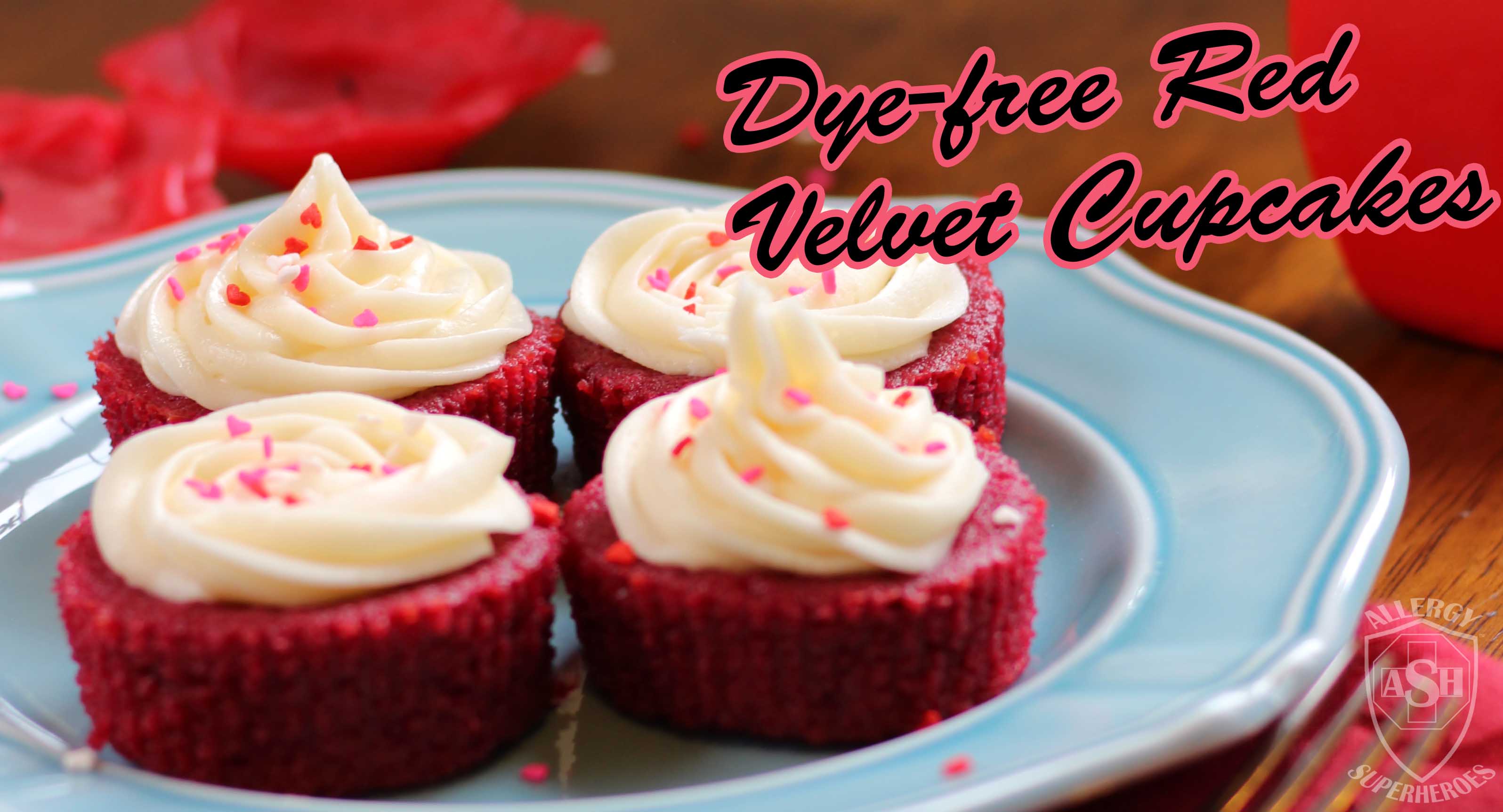 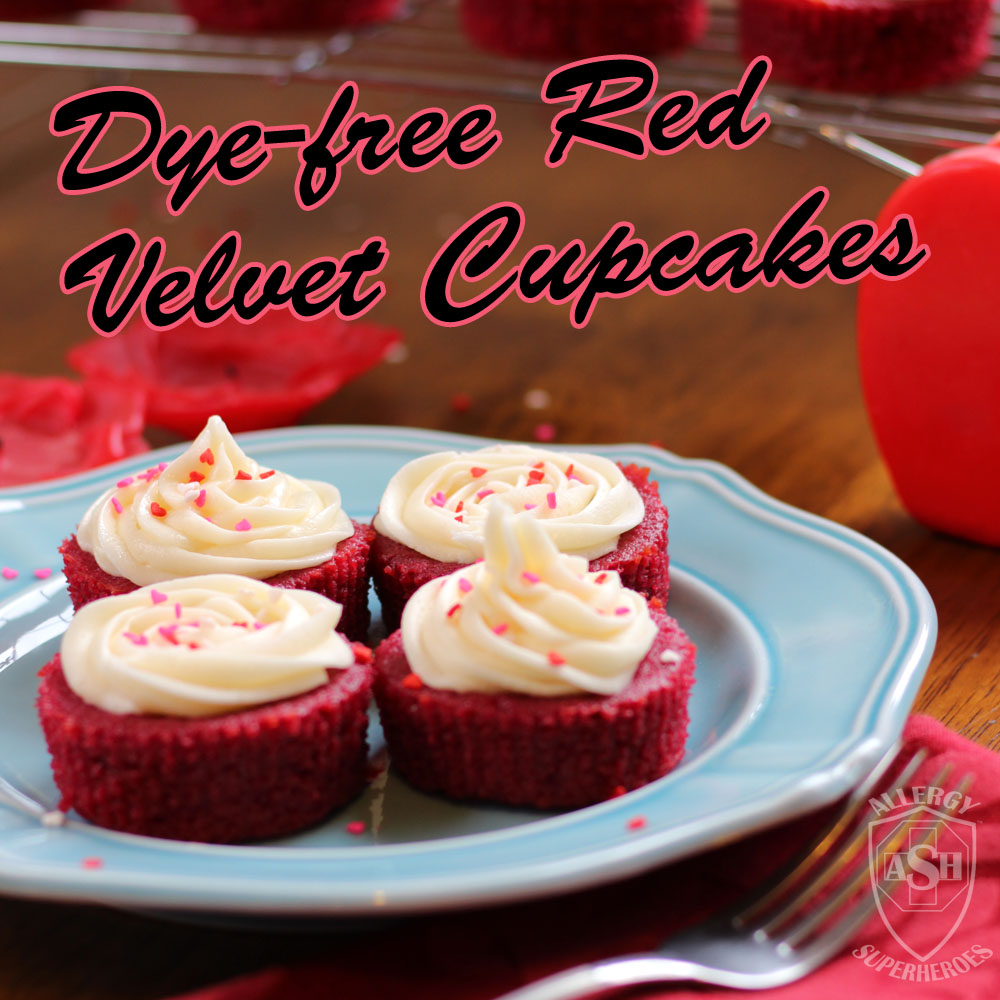 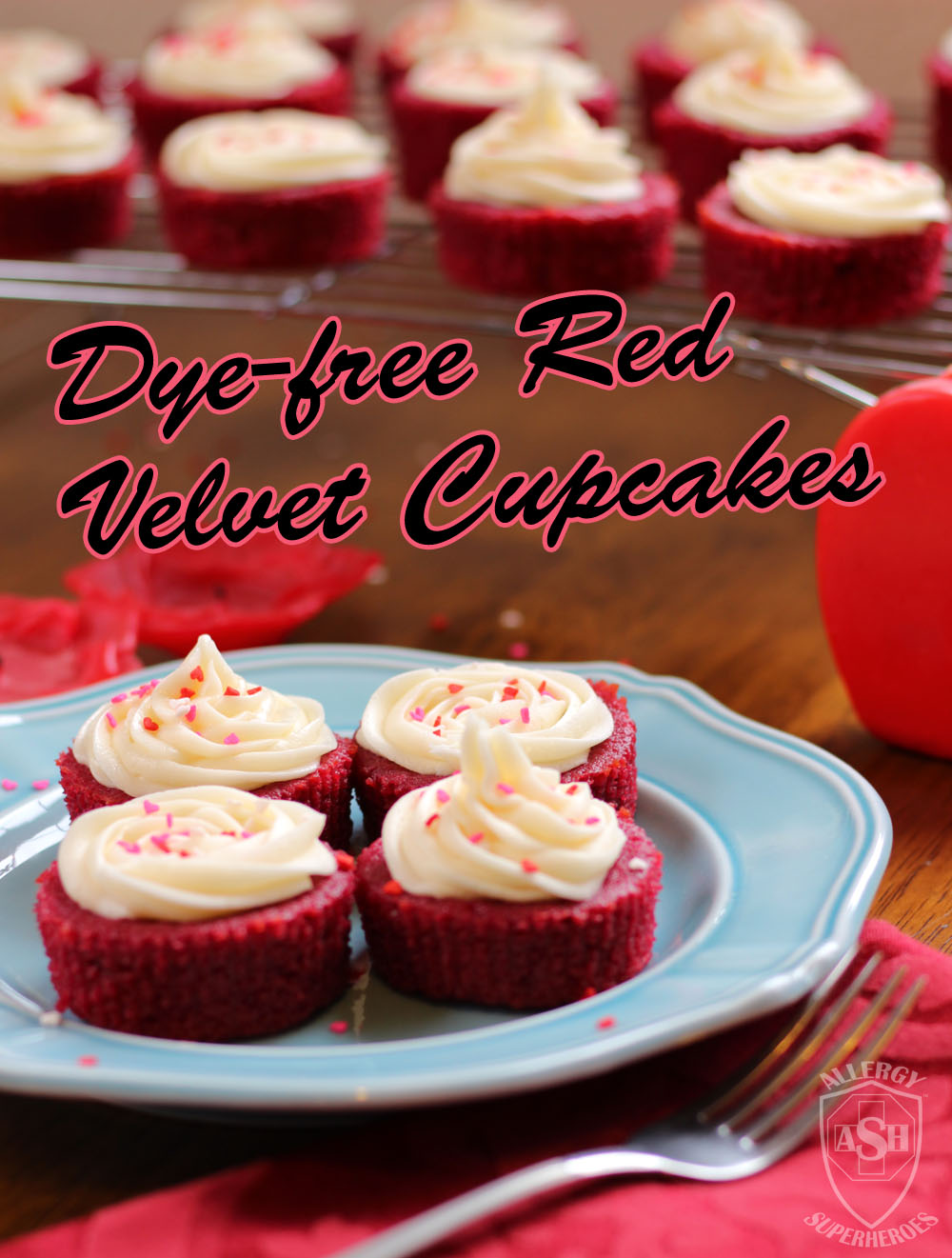 Just in time for Valentine’s Day!

Did you know that traditional Red Velvet cake uses a whole little squeeze bottle of red food coloring? You can use less if you have the super pigmented stuff, but still, that’s a lot of artificial food pigment. Some people have documented allergic reactions to food dye, and there are also behavioral links to the stuff. It’s definitely not the best for you.

Personally, I have not been able to move myself away from artificial colors entirely, though I’ve been limiting them except for my sons’ birthday parties (when I tend to go to town on the frosting.) I have been looking at alternatives more often though, and toying with using beets as the color source for Red Velvet Cake.

I was worried it would taste like beets, and there was a bit on my first try, though I was the only one who seemed bothered by it. Zax even ate several of that batch without frosting, and he didn’t make any complaints–and let me tell you, that kid is picky! I felt it was too beety though, so I reduced the amount, and now I don’t taste beet anymore–and you won’t either, especially once they’re frosted with my tasty Cream Cheese Frosting. Here is what I came up with! 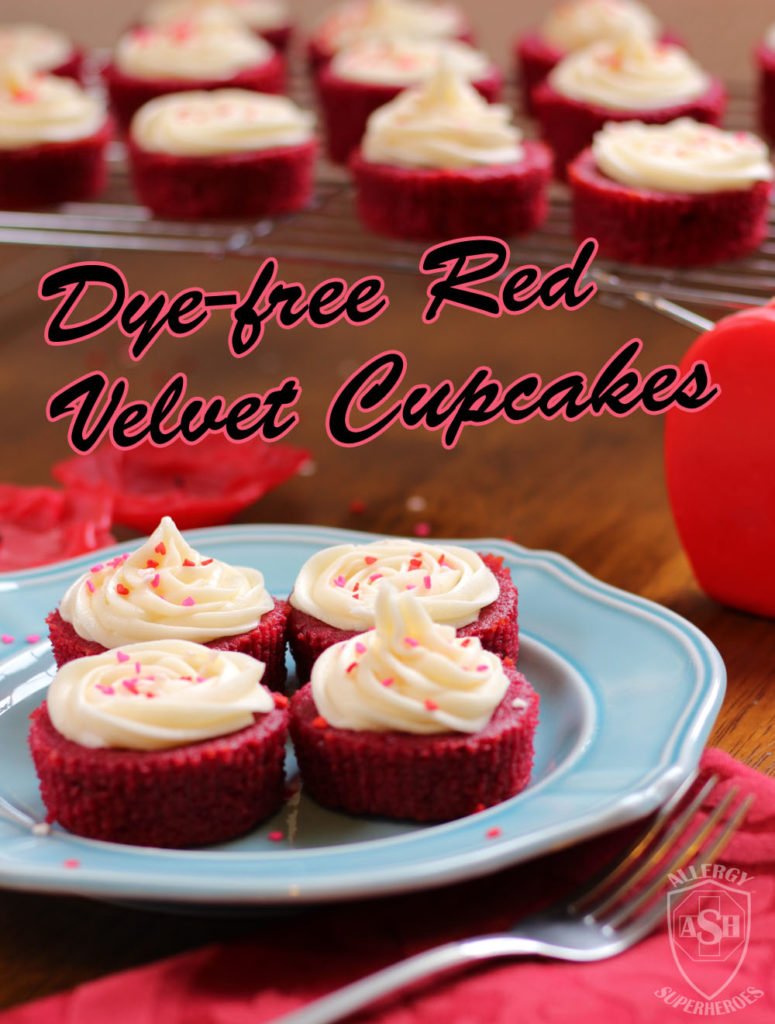 Did you know traditional Red Velvet cake uses a whole bottle of red food coloring? Cut the dye with these great cupcakes, colored with beets!

Bake and puree your beets

Don't be put off by the prep time, most of it is passive while the beets bake. Do this step ahead of time so you're ready to roll when you're ready to bake. You could possibly save time by pureeing canned beets--but don't quote me on that, I haven't tried.

If you don’t have enough acid in this recipe, the beets will give it a brown color instead of red. Hence the buttermilk, and also why you don’t want dutch-processed cocoa. Did you know that cocoa is an acid? This was new to me! 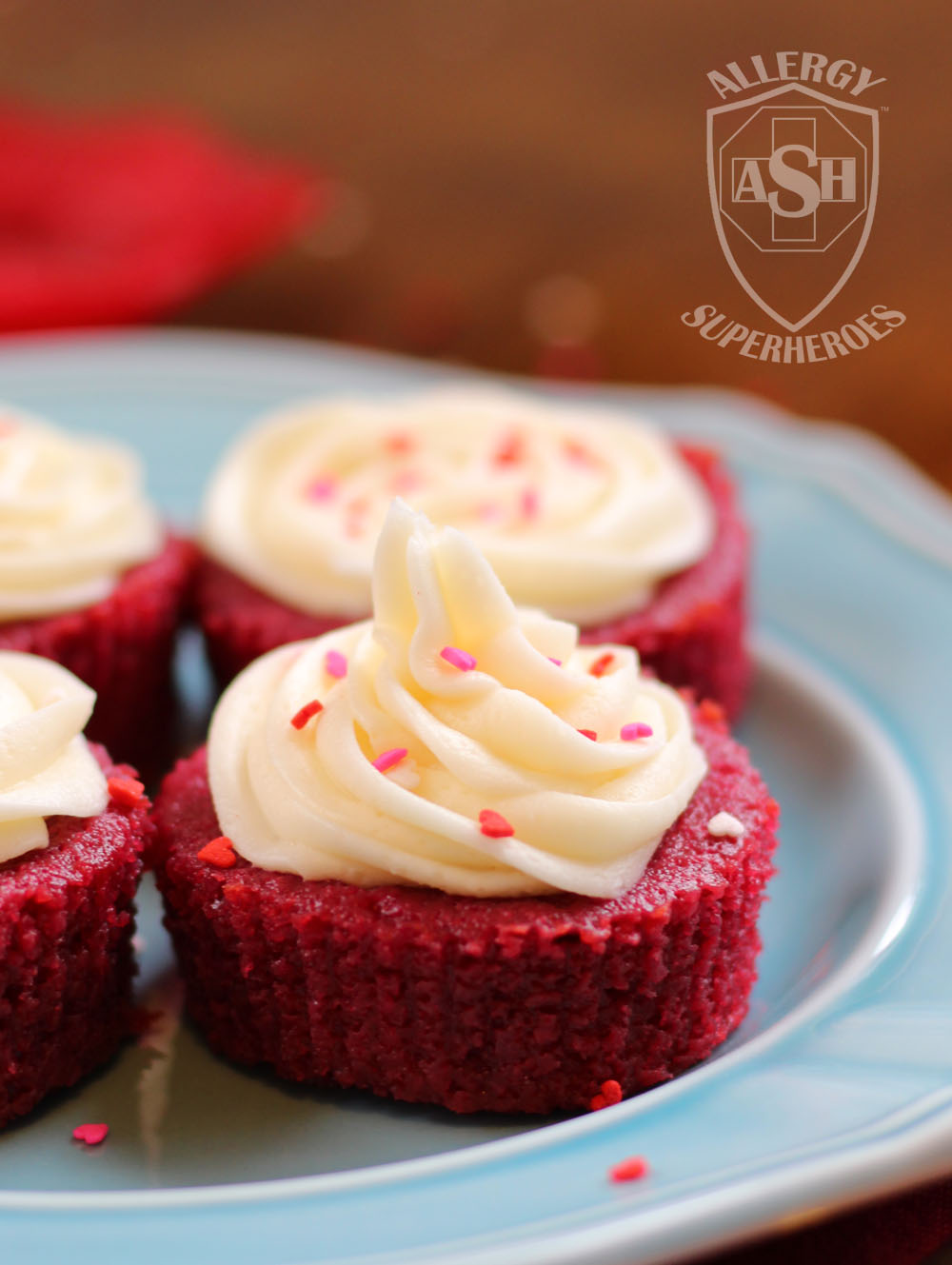 Okay, so I added a little food dye with the sprinkles. But those are optional.

Unfortunately, these cupcakes came out pretty flat (though it was better than the craters on the first batch!) This is a recipe I’ll definitely be revisiting, but who can resist safe and healthy(ish) Red Velvet for Valentine’s Day? Flat cupcakes are just an excuse to add more frosting! 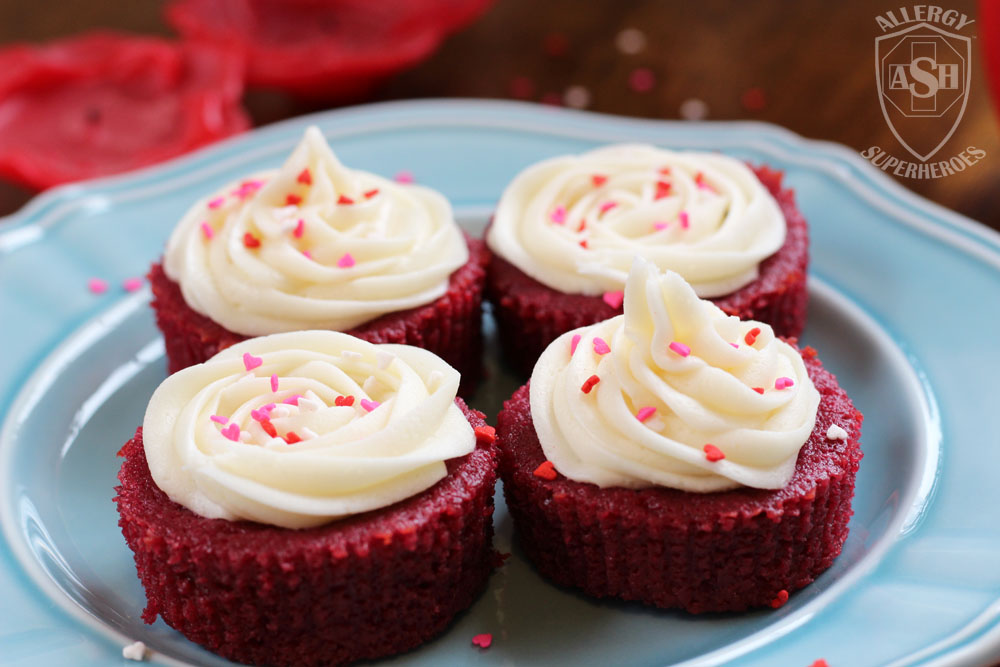 Do you avoid artificial colors? What do you use instead?